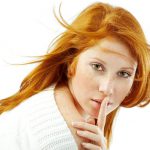 Let’s begin a fresh year with an Aura Reading of Malia, the fresh-faced older daughter of President-Elect Barack Obama. If I like what I find, that Aura Reading just might turn into a Skilled Empath Merge.

Face Reading won’t be done, however, because Malia isn’t 18 yet. That’s the minimum age for ethically doing a Face Reading.

Let’s base our Aura Reading on this photo. If it will add to your New Year’s merriment, click on this Aura Reading link to bring up the photo on a new screen. As always, you can copy it onto a blank email or Word document, drag on the corners, and enlarge. When you can see a photo more clearly, Aura Reading is easier.

In this post, scroll down to the databanks for the Aura Reading. Basic definitions come first to help out you newbies. And you oldie-but-goodie Blog-Buddies might want to check out the part of BASIC DEFINITIONS where I popped in a NEWS ANNOUNCEMENT about Aura Reading. I will discretely emphasize this with blue type.

Auras are bodies around the physical body. They’re made of electro-magnetic energy and filled with bits and bytes of information. Everyone can learn to do Aura Reading in depth and detail. This could be just as easy as learning to use that new Wii or Kindle that Santa just brought you. Only auras have no instruction manual included. For that, it helps to know teachers like me.

Information for Aura Reading is especially concentrated in each chakra, places that correspond to parts of the physical body. Every chakra contains 50 databanks of information.

So if you’re not doing Aura Reading yet, what are you missing? Each chakra databank contains a gift of the soul. For keeps. No-negotiable. Not mess-up-able.

Each chakra databank also can contain STUFF, stored-up fear, pain, cords of attachment, frozen blocks of energy in cells, astral-level debris, etc. STUFF found in my version of Aura Reading can always be healed. (And for most of that STUFF removal, I can facilitate the healing. Or I can teach you how.)

Then, if the coast seems clear, I will do a Skilled Empath Merge and do further research. This particular type of research was developed in 2008 through sessions held with the client I call my “Muse of Chakra Databanks.” If you’re a skilled empath, you may get the hang of doing this research right away. Otherwise, if you’re an empath of any kind, I can teach you.

Malia has been especially influenced by her mother’s view of reality. Like Michelle, Malia lives in a world where people can make a difference through taking action. Part of Malia’s gift is a spontaneous problem-solving ability, where she quickly figures out concrete strategies and actions.

And at this point in her life, Malia isn’t carrying STUFF to discourage her. She completely believes that her plans can, and will, make this world better.

Doing a Skilled Empath Merge here, I find that Malia is tentatively (yet confidently) experimenting with her energy presence. Yes, she can hold steady while dealing with the large, swirling, intoxicating energies of the crowd. Her reality is growing, including her sense of effectiveness at dealing with Major Politician’s Reality.

Malia was born with a soul-level gift for balancing one side against another or another, dealing with people. Although encoded in her from the beginning, this gift has recently begun to wake up within her; it may be several years before it is fully developed.

Right from the start, however, Malia has possessed a very strong will (verging on bossy). For years, her parents have been shaping this strength, teaching do’s and don’ts about behavior as a leader.

I find this finding from our Aura Reading absolutely fascinating. And rare! The closest thing I have encountered before shows up in some of my clients for Face Reading at parties. These families are outrageously rich, and sometimes (given their location in the nation’s capital) Dad and/or Mom are politically well connected.

Some parents like this take their social position very seriously, training their child to have impeccable manners. Social do’s and don’ts have been taught about how to behave as a super-duper rich person. In Malia’s case, however, the parental teaching doesn’t focus on money or status but leadership.

I am enormously impressed with Malia’s opening up, bit by bit, to the huge waves of energy and love being directed toward her. Without thinking about it consciously, this wise girl opens up her aura to taste just a bit, gets used to it, then opens up a little more, and so forth.

Malia paces herself beautifully to avoid total overwhelm. Our Aura Reading suggests, this is the kind of kid who could be trusted with doling out her own Halloween candy.

One look at Malia holding that mike and you can tell she takes after her Dad in the charisma department. Most of us don’t have a databank like this one. (Still, we have other goodies. Did the Tooth Fairy neglect you, back in the day? You can be sure that God isn’t neglecting you either.)

Joy is the overall quality of Malia here. Don’t confuse this with her joy in the moment, speaking to the adoring throng.

Joy is how Malia knows that her speaking is on the right track. Did you ever play the parlor game with temperatures? Some of you Blog-Buddies might know the official name for this game. If so, please put it into a comment.

The way the game works, the person chosen as It leaves the room. An object is hidden. When It returns to seek for the object, members of the group give hints in terms of temperature, like “You’re getting colder” and “Hotter, hotter” and “You’re burning up.”

Malia feels a comfortable version of hotter, hotter as her speech is on target. If things cool down, internally, she knows to change verbal direction. Lovely!

Aura Reading has led me to conclude that here at Earth School, people act, think, feel, and speak according to their level of consciousness. Malia fits right in with the old-soul culture of her family unit. For evidence, Blog-Buddies, consider this shift to her “Charisma for Public Speaking” Throat Chakra Databank.

Malia isn’t auditioning here for American Idol. She’s not seeking fame. And the shift to her aura isn’t about personal ego.

How many of us, standing before an adoring crowd, would have the presence to know “It isn’t about my ego”? How many of us would take that message from the scene, rather than the exact opposite?

That Malia Obama, she isn’t just a sparkler. She’s an inspirer.