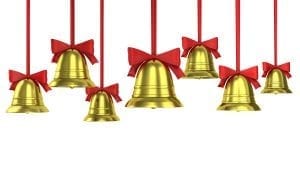 Jill Erin Mabie, newly added onto our Enlightenment Life List, has generously agreed to share her story. As a teacher and writer, I’m personally touched by her story. As an Enlightenment Coach, I am happy to have this guest post for a technical reason. Usually I help clients to move into Age of Awakening Enlightenment.

Jill is different. Her soul was aiming for Traditional Enlightenment. So that is where she has landed.

Preface to Jill’s Interview with Rose

I will be willing to fill in those details when asked specific questions. Please know, I am not embarrassed or ashamed to share any specifics. Opposite that, I just want to keep this as relevant to everyones curiosity and needs for their personal journey as possible.

So, I feel more comfortable with the question-and-answer format. Compared to the lecture-like sharing format for those details.

Q. Did It Matter, Being a Molecular Empath?

Being a molecular empath has complicated my life immensely. For that reason alone, a lot of my history would be very unique to me and not really relevant to many others.

As a molecular empath, I suffered a lot and, now I know, needlessly. If only I had had a Rose in my life as a child!

In fact, learning to be a skilled empath was probably the single most important step that I took that accelerated my development into Enlightenment.

I had to learn to delineate between me and other. To learn who Jill Erin Mabie is… as a human! Before I could relax into my Divinity.

Putting this differently, I had to be able to experience my humanness as joy. Instead of predominantly painful and confusing.

Before I could really experience that deeper Divinity, I had to experience myself humanly.

Q. Jill, What About God as a Punishing Parent in the Sky?

Always I have felt a close connection to God. But that was very muddled by the lack of awareness of the empathic gift. Further complicating my connection to God was… the religion I was raised in.

Growing up, I developed a lot of guilt. And viewed God as a big parent in the sky. Someone who was ready and willing to punish me. (For my own good, of course).

So, my predominant emotions about God were attraction, mixed with guilt and fear.

When you want to control someone’s behaviors,.these emotions are good. Otherwise, this combination is helpful for spiritual development. Not at all.

Q. So, Jill, Did You Stay in that Religion?

Actually, I left the religion and became an agnostic for a while. My pragmatic nature was very suited to that way of viewing things. I rested in that view.

After a few years’ hiatus from any form of spiritual practice, I became involved in Shamanism. Following that, Buddhism.

Thanks to Shamanism, I learned to journey to my power animals and guides. Then I would ask questions and gain information. Aiming for guidance that would be useful and necessary to my human life and spiritual seeking.

All This Contributed to What Would Later Become

Having these experiences readily available to me, I noticed that.

Regardless of the belief system and methods used to get to that state of readiness for them — these experiences came.

Consistency of having these experiences helped me to expand my personal beliefs. As a result, expectations  shifted. Away from one, rigid, belief system to an openness to anything that works.

Q. Given that Knack for Getting Every Spiritual Path, What Came Next?

Buddhism was a natural progression from the Shamanism. Turning more and more within, I found the core of my being.

Totally accessible, that core of my being!

Shifting into trusting that as my guidance felt good. Instead of always seeking signs and magical solutions to my dilemmas.

Even here, though, I discovered within Buddhism more than the experiences of my Being. What else was involved? Different forms of rituals and beliefs. Fairly rigid, actually! Consequently, I found myself rebelling against that rigidity.

Finding the simpler form of Zen Buddhism, that appealed to me most. But still it triggered a rebelliousness in me.

Looking back, I see this rebelliousness as an indication of something important for Traditional Enlightenment Experiences.

Awareness was growing of my own internal Divine Beingness. Experiencing this as the only ultimate authority worth listening to. Or seeking.

Q. Apart from these Spiritual Shifts, Were There Human Changes?

At this point in my life, external circumstances began to take a dramatic turn. And, I do mean Big Drama.

While married, I had been associating with a lot with people who regularly used alcohol and drugs. Due to how much my then-husband used them. So he felt most comfortable around others who shared the same habits.

Being an unskilled empath, I was picking up on all of that distress. Unfortunately, I took on considerable of muck and yuck related to their habits. Although I never got into those habits myself, I suffered the effects of them. Because of my lack of skill as an empath.

Q. Might I Ask? What Helped After the Divorce?

Soon after the divorce process started, I began studying, A Course In Miracles. Joining a small, local group. They met once a week at a home. Finally I found a system of spiritual growth that was intellectually congruent. It resonated to the very core of my being.

The essence of “A Course in Miracles” is self-authority and responsibility. It starts you from the premise that you are Divine, Godlike, and Perfect. Only you have just forgotten that. So you receive help to get back to remembering that.

I studied and completed the “Course in Miracles Workbook.” It includes is a lesson you do each day for a year, and which calls into question every previously learned notion about yourself, the world, and your perceptions.

This tears down, and then rebuilds, from the base up. For me, it was the perfect Course at the perfect time. It is not for everyone, and even “A Course in Miracles” says that. After all of that, I was in the stage that is just before going into the final stage of Traditional Enlightenment Experiences.

I knew everything I needed to know intellectually, and had a system of practice and study that was definitely working for me. But, I still needed some major healing. That is when I found Rose. Her work greatly accelerated the healing and growth.

Q. So, Jill Erin Mabie, What about Face Reading Secrets®?

Rose Rosetree’s book on Face Reading! That’s how I found you. Why had I become interested in reading people’s faces and body language? Because I felt I needed something that could alert me to danger.

By now, I had been suffering the consequences of bad judgments about people. So I wanted to be able to protect myself.

After I read your first book on face reading, I fell in love with the author. Here was someone, like me, who recognized the need to know others. Know them, but not judge them.

Face Reading Secrets® was a system of discernment without being judgmental. I finally got up the nerve to order an Energy Spirituality ENERGY HEALING Session with Rose.

At the time, I was scared to death. I felt like a failure in life, and knew that that would be obvious to Rose. I was so scared of being judged, in spite of what I knew from reading her books. But, my desire to heal was greater than my fear.

Of course, that first session was a major turning point in my life. She helped me to cut a cord of attachment that was particularly toxic, and I felt the effects immediately.

The ramifications reverberated throughout the next week until the next session. I bought more of her books, and it was in reading her first empath book “Empowered by Empathy” that I began to understand what being an empath had meant to me my entire life. [Note: This book is no longer available. Instead, there’s now a series of four books on Empath Empowerment®.]

Q. What Changed, after You Became a Skilled Empath?

As soon as I started working through the book [later called] “Empath Empowerment in 30 Days” — I felt a relief and joy come into my life. Joy such as I had never felt before.  Finally I knew what it meant to feel like ME.

As Rose and I did more sessions of Energy Spirituality, felt more free to be me with less guilt or fear. But I still experienced a lot of fear in certain circumstances and around certain individuals.

Soon after becoming a skilled empath, I moved into Traditional Enlightenment Experiences.

I will speak of the psychic phenomena now, because I consciously avoided them on my journey the last 15 years. I did pursue psychic knowledge and skills a few times in my early life. But I am lucky in that I just knew that was not what I really wanted to do in my journey to Enlightenment.

When I read somewhere that psychic phenomena can happen as a result of Enlightenment, especially as you near Enlightenment, it was a big confirmation of my own internal compass reading of it.

I have had many extraordinary things happen. But, for the most part, I have allowed them to happen. And without attaching any importance to them. Beyond noting them as potential mile markers that I must be getting close.

I see now that to turn and look at psychic experiences and attach importance to them — this would be a mistake. Because it would be the same as attaching importance to outside signs and wonders. Getting distracted from that internal authority.