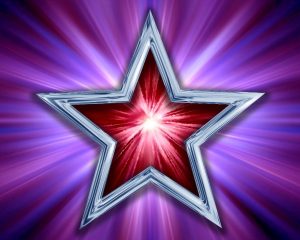 Molecular Empath Masaaki Hatsumi — Learn about what makes him tick

Have you wondered? What does it feel like, being a molecular empath? The totality of that I can’t tell you in so many words, neither my own experiences as a molecular empath nor anyone else’s. However, I can share with you the tasty treat of a Skilled Empath Merge, researching many chakra databanks of the revered Japanese sensei pictured above.

If you like, you could call Hatsumi Masaaki-san the winner of our recent contest about molecular empaths. Or you could call Adam McIntosh the winner, as this healer nominated Hatsumi, the worlds foremost teacher of Ninjutsu, as well as a television celebrity and artist.

For today’s post, I won’t go into a lot of detail about energetic literacy, aura reading, chakra databanks, Skilled Empath Merge, or other technical aspects of doing aura reading research. You can find info. like that in the links in the previous sentence!

However, first I would like to give you some practical advice. I recommend that you never do a Skilled Empath Merge on anyone unless you (or someone whose aura reading skills you know and trust) has first done an aura reading.

Just because a man is rich and famous, like Masaaki Hatsumi, doesn’t mean  that his aura is necessarily lovely.

Here I would like to put in a plug for the annual Aura Reading Level 1 Workshop, to be held one week from today, in Sterling, Virginia. I can’t promise results for any workshop, since that depends on YOU. It has been a fact, however, that for years this workshop has had a 100% success rate, with every graduate owning solid technique (and results) for Stage Three Energetic Literacy. That includes students from many parts of the U.S. plus Europe, some experienced aura readers but many newbies — all of them learning a form of literacy that will serve them for life, akin to learning regular Gutenberg literacy for reading this screen — only a way faster process. Not bad for one weekend workshop.

Practicing what I preach, I did aura reading on all the contest nominees rather than Skilled Empath Merge. So I know already that, although not spiritually Enlightened yet, Masaaki Hatsumi Sensei has a relishable consciousness that will be very enjoy to, well, wallow in. So here goes.

Masaaki is an experienced man. Wrinkles notwithstanding, energetically, he is living in his prime.

“Experienced man” means sexually experienced and confident, experienced as a performer, being someone who loves the spotlight and can think of little else while doing a public event like the one captured in our photo here.

Masaaki also possesses a quality of consciousness, like a multi-faceted diamond, where he does enter into experiences of physical reality like (his kind of) a molecular empath.

It is easy as blinking one’s eyes for him to move into awareness of any physical action, as when teaching martial arts. Think of slowing down a movie one frame at a time.

Blog-Buddies, you know that I wouldn’t tell YOU about your empath gifts. You know that would hinder your own development towards becoming a Skilled Empath, learning the full system of Empath Empowerment(R).

Hatsumi-san is doing quite nicely without my help, however. So I’m glad to point out that his gift as a Molecular Empath merges beautifully with his other empath gifts. With this particular empath I notice the following gifts:

A lovely feature of how these gifts are constructed for this talented man — Masaaki experiences a natural synergy with all his empath gifts activating simultaneously. Soon as one is turned on, all the other gifts activate automatically.

Technical point, ’cause I can’t resist. So much empath-related conversation on the Internet today, including websites of people who attempt to teach empaths, defines empath as “someone who feels the emotions of other people.”

Glad that isn’t true. Because Masaaki Hatsumi wouldn’t count as an empath then, would he?

In particular, I notice this Physical Intelligence Root Chakra Databank is a huge chakra databank for Masaaki Hatsumi. At will, he does the equivalent of shining a large spotlight upon every possible nuance of physical coordination.

Along with the talent, versatility, and creativity… by this stage in Hatsumi’s career, a considerable arrogance has crept it. STUFF around superiority has exaggerated the man’s competitive nature. Thus, it seems to me, “Modest Masaaki” wouldn’t be an appropriate name for the man. Strong pride has become enmeshed with his physical deftness.

Hatsumi is also a techie — fascinated by which move causes which outcome.

When analyzing martial arts, the computer-like gift does not activate his empath gifts but functions more like an alternative operating system.

At least, that’s one perspective. Another is that Masaaki Hatsumi’s lifetime isn’t about the mushy gushy. Humans can’t do everything in one lifetime, so what’s the big deal?

Yet more super-sized talent is evident here. Obviously this is another personal and lifestyle-related chakra databank where Masaaki is such a winner. His shrewdness and competitive nature combine with a finely honed instinct for what people want to see him do on TV.

He plays to his audience superbly. It’s a huge chakra databank for Masaaki Hatsumi at the time of this photograph.

At the time of this photo, the bad news is the absence of soul thrill.

Sure, Hatsumi-san has it made.

However, he is carried forward on the momentum of past success. Doing what currently brings joy? That isn’t happening, not for now.

Such a talented man! Yet talent and success do not guarantee happiness, and this glimpse of molecular empath Masaaki Hatsumi could be a cautionary tale for any born empath.

When you develop empath skills, it becomes easier to depend upon internal validation as part of your growth path and internal feedback system. One way to summarize my experience of Masaaki, as researched here, is that he reminds me of the title of Tanika Palm’s book, “Prisoners of Fame.”