Being Corded? People Re-Cording You? 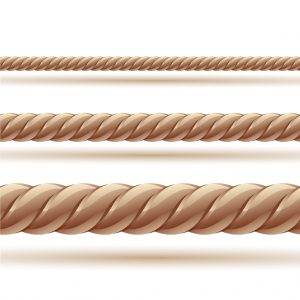 Being Corded? Having someone re-cording to you? Oh, let’s clear out these false fears.

Being Corded? Or having somebody re-cord to you? Why aren’t are fears like this a sign of confusion?

First of all, some context, Blog-Buddies.

Yesterday was my last day of doing RES Sessions at London’s College of Psychic Studies in 2012. And, wouldn’t you know it, two different clients came to me with terrible fears related to cord-cutting, fears that were totally groundless.

Groundless except for the many weird conversations these days about cutting cords of attachment. So that my client Joe told me this. An energy healer warned him. If he cut his cord of attachment to his partner Gladys, he would never see her again. Supposedly.

Understandably, this troubled Joe. Especially since he cared deeply about Gladys and wanted to continue in the relationship. Months ago, he suffered so much, however, that he allowed the practitioner to cut his cord of attachment to her anyway.

It made no difference.

This Story Gets Weirder

Soon afterwards, Joe paid a second energy healer cut his cord of attachment to Gladys. Or attempt to. Or pretend to.

I’m really not sure what on earth happened. Except that my British client, Joe, still had a cord of attachment to Gladys. Yesterday, I was able to give him the benefit of a skill set that worked.

Trademarked as “12 Steps to Cut Cords of Attachment(R),” this is not the one and only system that works for cord-cutting.

It does work, however.

Being Corded? People “Re-Cording You”?

How will I know that I’m finally in Enlightenment? Blog-Buddies, I hope that I won’t get so riled up. Like when energy healers claim to cut cords of attachment. Then fail. Then proceed to confuse or frighten their clients. As happened with Joe.

Or what about another client I’ve had in England recently?

Ms. G. frightened herself all on her own. Courtesy of things she heard others say about being corded.

Even a small encounter with a stranger worried her. Being corded? Soon even random human contact caused her to feel exhausted, hopeless, and victimey.

How reasonable the fear of being corded?

Perfectly reasonable, unless you know basic facts about cords of attachment.

Spare Yourself Fears of Being Corded. Or Somebody Re-Cording to You

Unquestionably, for those new to the concept of cord-cutting — or to energy hypochondriacs of all kinds — it may seem reasonable to add new fears to the list. Such as cords of attachment. Being corded. Being re-corded.

Look, cords of attachment are definitely real. And so are the benefits of quality cord removal.

Whence the Notion of Being Corded?

Such a head scratcher! Or, if you have the artistic talents of Rodin, perhaps the source of inspiration for making a really interesting sculpture.

Here is the most plausible theory I can come up with. Perhaps you Blog-Buddies can generate others. Or you have encountered them elsewhere on the Internet, in which case share away. (And add your most up-to-date knowledge why there ain’t no such thing as anyone cording anyone!)

Many folks today, learning about energy, have heard ideas that bring consolation at a certain level of development. At a higher level of consciousness, what happens. Folks leave behind these training-wheel like concepts. ‘Cause they can ride a two-wheeler bike all on their own.

And then, just yesterday, I witnessed this fear of being corded and psychically attacked from my sweet new British client Ms. G.

Experience Convinces Me. The Idea of Being Corded is Ridiculous

Now, I am a long-time Energy Spirituality healer and teacher. Malcolm Gladwell would approve of the well over 10,000 hours that I have spent personally extricating clients like Ms. G. and Joe from cords of attachment. And also from energetic fears, using Stage Three Energetic Literacy to read auras accurately, etc.

Based on this experience, I have never encountered a single instance of someone cording or re-cording to a client.

My client Joe was skeptical enough to avoid fearing that Gladys had re-corded to him.

Likewise I hope that you will be highly skeptical of anyone who talks about re-cording. Or being corded.

Only it’s not especially smart to receive healing services from an unsupervised person still in training. Not like getting a bad haircut with a trainee at the beauty shoppe. This is your aura, folks. It shows in auric modeling, even if it doesn’t show on the surface like trendy clothing.

Re-cording is a totally bogus fear that never need trouble you again, at least not if you choose healing services from a competent professional.

JOE and Ms. G. both learned useful things about themselves yesterday. Each one learned which items of cord dialogue had been circulating inside them at a subconscious and energetic level.

Both were freed up. Both left their sessions with lists of Logical Consequences they could expect. Very specific improvements in life that made sense to them. Based on bigger patterns in life that had been troubling them.

No need to blame cording for one’s problems. Healing works so much better without fear or blame. To learn more, I recommend this how-to book.