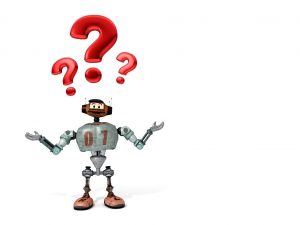 Smashing Illusions — do we dare? Oh yes, I think so!

Smashing Illusions? Oh yes. Let’s consider some very popular illusions. And, in the process, we just might improve our lives!

Blog-Buddies, recently we have considered different ways of withdrawing from life. Very understandable ways to phone in life, they are, too!

Sweet, even. Driven by sweet intentions. But leading to problems like these:

Meanwhile, unbeknownst to the well-intended seeker, other folks feel like interactions are empty. Other folks can nearly always tell.

To them, it doesn’t feel like big self-improvement is happening to that well-intended seeker. Rather, it feels subtly insulting, as if that other person is phoning in the conversation. Ugh, one of Earth School’s wry ironies!

Can’t you tell when someone is doing something manipulative with reality? It could be sales or seduction. Detachment undertaken for spiritual reasons. Accidental detachment that seems like phoning life in. Such a triumph of maya!

Smashing Illusions. And a Vicious Cycle

Another irony is that each of the three problems just mentioned comes with a vicious cycle that makes life worse, rather than better. With these examples, results are:

Phoning in life is a self-perpetuating cheat, a form of multi-tasking that can never bring fulfillment.

Ironically, Enlightenment is the opposite of multi-tasking.

That includes all the well-intended ways that folks can multi-task all day long in their pursuit of Enlightenment.

Drawbacks of multi-tasking can make sense from a human point of view. Witness links in What is worse than phony?

From a spiritual perspective, a “Deeper Perception Made Practical” perspective, the consequences of multi-tasking definitely are gets worse than scientific (surface-level of life) research has identified thus far.

Concerning though that scientific research is. What about aura reading research?

Illusion, or maya, means confusion about what is true. In contrast to what is promised.

Earth School supplies us with illusions while we are still in the womb. As we grow up and become socialized, loads of illusions help a soul to evolve spiritually.

Annoying but true: Over time we can learn discernment. Or not. Either way, consequences will reach us. And feel very real to us while we live here.

Among the many reasons to read auras is that it is a great maya buster. Except for world-class actors (and sometimes, even for them) it is nearly impossible to lie at the level of auras.

On your personal path to Enlightenment, it can greatly accelerate your progress to develop Stage Three Energetic Literacy. When you actually move into Enlightenment, you will receive a very large bonus in that regard.

The path is not the same as the goal. In Enlightenment, can people read auras? Nope. Aura reading is a skill!

But developing that skill both speeds your way. And helps you to overcome illusions. And makes Enlightenment extra fun/

So much in life makes more sense with the ability to read auras in depth and detail.

Not for the first time at this blog, I need to make a distinction.

It is one thing to develop Energetic Literacy Skills (where you position your consciousness to co-create with the Divine, as with — not limited to — the system of Aura Reading Through All Your Senses(R)).

The growing track record at this blog for people with Energetic Literacy and using Energy Spirituality to move into Enlightenment could be considered significant in this regard.

It is a completely different thing to study aura reading as a form of psychic development.

However, I have researched so many psychics for the Enlightenment Life List, both candidates here at our most popular blog post and in plenty of other research as well. Reading auras with consciousness positioned at psychic development does NOT hasten the development of Enlightenment and might even slow down spiritual evolution for the rest of a lifetime.

Either way, however, with either psychic development-style aura reading or Stage Three Energetic Literacy, can you ever learn a great deal about the problems of phoning in life…

About the drawbacks of phoning in life, the real clincher is to research auras using Stage Three Energetic Literacy. Then it becomes very, very clear that a person who phones in life is stuck on the level of chakra databanks.

As long as illusion remains on earth — make that always — there will be a gap between what is claimed versus real-life results. To empower yourself, use energetic literacy to weigh maya-like promises against the results by reading chakra databanks.

Smashing Illusions. Although They Can Feel So Good

Paradoxically, why can phoning in reality feel so good anyway?

It’s called “Making choices in the direction of an existing imbalance.”

If JOE lives in his head most of the time, during his waking hours JOE might mostly rely upon a Solar Plexus Chakra Databank about “Analyzing My Life.”

You might even find energetic sub-routines in many of JOE’s other chakra databanks, where he consciously believes he is using other components of his human self.

Smashing Illusions on the Level of Auras

Sessions can help JOE to smash this subconscious-level illusion.

STUFF in his aura) could have him outsourcing all three of these functions.

JOE, it’s his fave. The Solar Plexus Chakra Databank about “Analyzing My Life.”

And so, whenever JOE slips into using that over-functioning chakra databank, he feels comfortable.

Not unlike wearing ancient underwear that eventually, literally, falls apart. Yet it likewise could feel so very comfortable. 😉

RES Sessions of Energy HEALING can help a lot!

In addition, here’s one thing you can start doing on your own. Start today! Use your free will is to say “No!!!” to optional multi-tasking.

Does your relationship to God depend on social belonging? A Guest Post by Amy.
New, Enlightenment Coaching