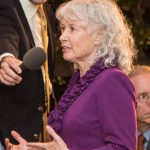 It all began with “All Things Considered.” And led to the healing of some 4,000 ghosts. Plus one human whose life was changed by the anti-pot message informed by deeper perception and the energy reading skills of Rosetree Energy Spirituality (RES)

As a big NPR fan, one evening I was listening to the radio when I heard an “All Things Considered” segment about legalizing marijuana. My reaction was so strong, I sent a letter. My first written comment ever to any show on National Public Radio! Here’s what I wrote:

“From my perspective, pot is very, very dangerous. It’s a slow poison that has very specific consequences for all long-term users as well as very individual and heartbreaking consequences for each user.”

Miss Rosetree goes on to say until all NPR listeners can read auras, invaluable for all holistic forms of healing, as well as many other practical uses, “With all respect, non-aura readers will perceive only the surface problems with marijuana and other recreational drugs.”

Addicted to weed, ready to stop

Robert Siegel read my comment on the air. I don’t know which amazed me more:

Certainly I didn’t anticipate the phone call I got soon after.

How My Anti-Pot Message Helped a Long-Term Pothead

GLADYS called up to schedule a phone session of Energy Spirituality.

We did that first session and six others followed over the years. Not so many, considering how much these sessions of aura healing helped GLADYS to get off pot. Previously she had been a pothead for 20 years.

Something about that letter clicked with her, and she decided to stop. And she has, completely, lost that old habit.

Helping people to get off substances is one of my privileges doing sessions that move out STUFF from the astral level of an aura (which corresponds to the subconscious mind). I have helped some clients to kick dependency on alcohol, marijuana, and even cocaine.

What is especially characteristic of STUFF in those who smoke grass? More than users of any other substance, potheads are the most likely to carry around loads of ghosts, a.k.a. astral entitities, stuck spirits, astral attachments.

Unpublicized Side Effect of Pot: Ghosts Stuck to Your Aura

Getting “high” is a good name for what happens with recreational chemicals. Living in human bodies, each of us has a series of overlapping energy bodies as well. Collectively they make up your aura, or “The human energy field.”

Normally we identify with the physical body, along with the human level of life. What happens with weed or alcohol or harder drugs? The chemical reaction sets off a shift in consciousness.

Depending on how the person processes the substances, the user identifies most with one of the energy bodies. All of them are at an astral, or psychic frequencies. Technically all of them are higher vibrations than the human one. So it is very accurate to call the reaction “Getting high.”

With pot, the person starts identifying with an astral experience. This makes the stoner especially attractive to ghosts. So many ghosts will attach to the aura of the pothead. Others will take up residence in the pothead’s home or car or workplace.

It gives me a laugh, each year, around Halloween time. Astral entities are considered so interesting, such freaky or cutely paranormal spooky rarities. Actually ghosts are very common. They are in malls and airports, a small number in most people, a large number in others, a huge number in potheads.

And one of the factors that causes a person to become a ghost after death? Maybe you guessed it. Being stoned on weed, or drunk. Or not being high at the time, but being addicted to alcohol or marijuana or cocaine or heroin.

It’s important to know about RES, neither I nor those I train are substance abuse counselors. However, some people really can just break the habit of smoking pot, etc. In which case, RES self-healing skills can help. You might start with one day at a time and one book at a time. Id recommend these three, in the order given:

Yes, the book for self-healing related to ghost removal — and much more — is the second in that recommended series of books. Each one can help you as a person. And if your life has become way too influenced by weed-grass-cannabis-marijuana-pot… Aaaah! Yes, your self-healing can make it far easier to say goodbye to these highly seductive drugs.

What else could help? One or more sessions of aura healing with me or another RES expert. You must be drug-free for at least three days prior to your appointment. (And, of course, the day of your session as well). If this is possible for you, thats a good sign!

The reveal, a guest post by Kathryn
Three Years Pot-Free with Help from Energy Spirituality, a Guest Post by ANONYMOUS