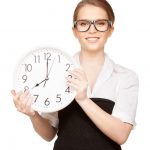 Time matters, we all know that. Tim Ferris’s relationship to time may be different from yours.

Second prize according to the winner of our New Mystery-Solving Face Reading Contest?

That would be a face reading of Tim Ferriss, author of best-selling lifestyle books such as The Four Hour Workweek. CURIOUS AS EVER nominated, and JORDAN added enthusiasm as well, both wanting to learn more about this quirky man with such a large following.

Well, it seems only fair when reading someone who evidently prizes efficiency over other concerns: I, too, will hoard my precious minutes. I mean, will show my flair for being waaaaay to intelligent to bother doing my blog according to any standards other than my own highly intelligent ones that give me extra time.

Incidentally, I do value spending more than four hours in a week to serve humanity, use creativity in ways that matter, etc. Those are my values, but today’s post is all about Tim’s. So let’s be wonderfully efficient, because that matters so very much to him. Undoubtedly Mr. Ferriss agrees that if it can’t be said in a quick sound bite or two, it doesn’t matter.

Tim is making a great success, in his iconoclastic way, by emphasizing his control over life. Like Blog-Buddies JORDAN and CURIOUS AS EVER, I do wonder…

Why does Tim Ferriss excite such a large following?

That is the mystery I will aim to solve.

A pair of triangles adorn Tim Ferriss’ upper lip. Sometimes these are called “Cupid’s Bows.” But not if you want to use “The NEW Power of Face Reading,” which doesn’t name any face data with references to Roman mythology, Greek mythology, or animal names for face data.

Most upper lips are not nearly so defined, and the shape could be curvy or angled, rather than triangular.

Tim is able to speak on behalf of an entire group of people, representing their collective consciousness.

Sure, Trendsetter Lips. This is how Donald Trump (when first popular) looked like Shirley MacLaine (when becoming the face of New Age). And, now, that same face data graces the communication organ of Tim Ferriss. (Would provide illustrations, but no time. Oops.)

In his case, Ferriss does speak for the Twitter lovers among us. He’s a character among the count-up-quick 140 characters.

Thus, how apt that CURIOUS AS EVER’s nominated literally referred to Tim Ferriss as exciting “a large following.” A term from Twitter, right?

For Twitter, following counts as the ultimate praise, the equivalent of a Pulitzer Prize in the Twittersphere. Wow, having a large following! Sweet as a tweet!

Personally, I consider Twitter the ultimate expression of “depth communication” in Kali Yuga.

Fortunately, Kali Yuga may not be as important a perspective on life as it used to be, now that The Shift has happened. (At least for those of us who allocate time to keep up with current events in consciousness.)

“Large following” will, I suspect, continue to be really important and indicative of wisdom for however long people continue to value a tweet as wise and wonderful. Long may Tim Ferriss serves as their proud champion.

He is totally cute. Evidently, Tim is also totally sure that he has figured out the important parts.

This would be the community in collective consciousness who need a champion like Tim Ferriss.

When finding today’s photo link for the exciting Mr. Ferriss, I learned that he has created “miracle shortcuts” for jobs (The 4-Hour Workweek) and fitness (The 4-Hour Body).

One example of this man’s uncanny grasp of the profound and original:

Vinegar
Most balsamics are fakes; I suggest sherry vinegar and champagne vinegar instead. Use the sherry with fatty meats and the champagne with foods you dont want to stain.

And here is Tim Ferris again, speaking to the collective consciousness of people who want to be really gourmet about fixing themselves superior meals while on travel:

Hotel-Sink Salmon
Get a thin fillet. Fill your sink with the hottest water possible. Season salmon and seal inside an airless ziplock bag. Submerge bagged fish. If its a small basin, youll need to keep the water running to maintain a temperature above 122 degrees. Leave it alone for 20 minutes. Youre done.

Speaking as a world traveller about that one, would this recipe have helped me in Tokyo, in Frankfurt, in London, in Paris? In New Mexico, California, Illinois, Massachusetts, Florida, New York, Delaware, Ohio, other states where I have travelled to teach workshops?

Not really. I never found thin, fresh salmon fillets right around the corner. Nor was it even easy to locate a reliable airless ziplock bag. Suppose I could have picked up some super-sharp knives and a cutting board for this convenient tip, plus the other supplies. That alone would have taken more than 20 minutes.

As for running the hot water in my hotel room sink for 20 minutes?

Well, the idea sounds really cute, especially the less you think about it.

Over time, people addicted to the most surface, gimmicky aspect of life may mature.

Overcoming challenges takes time. It is for people who like to use human time to reflect, to take responsibility for their actions, to connect deeply to others, to pursue personal development rather than sprinting through life like short-distance runners.

If Tim Ferriss doesn’t have time to care about potential challenges in his personal development, why would we take time to describe them?

Look around the edges of each lip. You will see a fleshy ridge, like someone using a lip-liner pencil. Only no cosmetic is needed. This is all natural.

Able to convey information in the most succinct manner possible.

Clueless that there might be more to say than a quick summary? Annoyed at people who take, seemingly, way too much time?

Blog-Buddies, take out your built-in 3-D glasses. Remembering to cross over for face reading, compare how deeply Tim Ferriss’ left eye is set in the socket, especially compared to his right eye.

Secrecy. Reserve. Hiding how he hides out, what he really feels or thinks.

Okay there’s no time to go into more detail about that last item of face data, or any others. Must race to conclusion.

Unlike the affable, easygoing, charming persona that shows on so much of the right side of his face, Tim Ferriss’ face shows an exceptionally large number of asymmetries (differences between left and right).

Thus, his persona in public is radically different from the Tim Ferriss his friends would know, those deep friendship I hope the man accumulates during all those extra hours he saves by getting work and fitness needs and cooking, all taken care of so much faster than happens in the lifestyles of inferior people.

As his blog notes, Tim Ferriss features “Experiments in Lifestyle Design.” He may not, exactly, live. But that’s none of our business, even if we were doling out time to learn about him in greater depth. Which, of course, we won’t.

Although Tim Ferriss’ public identity and career are built around his being the quickest, most counter-culture, genius-smart new thing on the block, it makes sense that there might be more to him. Of course that doesn’t show when all that really matters is quick and