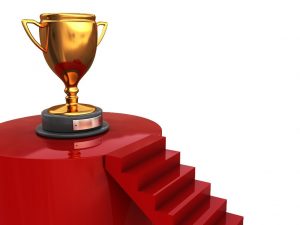 Jason Collins Courage. Humanly and spiritually, I think this athlete deserves some kind of RES trophy.

Jason Collins Courage —  because he lived a lie in public for 12 years. Now he’s come out. You bet that’s courage. I’m here to award him own of the highest honors at my blog.

Rosetree Energy Spirituality (RES) doesn’t include giving out trophies. But I can honor Jason by giving him here a Skilled Empath Merge.

Collins played for the National Basketball Association. Presumed heterosexual until (last week). When he dared to come out as gay. The first openly gay professional player in one of America’s four major team sports.

LGBT rights is the civil rights struggle of our era. Besides being thrilled at this latest courageous leadership by Jason Collins, and encouraged by the popular support for his courageous truth telling, I’m so thrilled to learn this news.

What a great opportunity, finding a photo of Jason Collins before his Sports Illustrated article. And official lie smashing! On April 29th, 2013.

Because that way I can explore the consciousness and read the aura of someone with pretty superb mental health, apart from living a lie. What a rare, fabulous, thrilling opportunity!

Most folks in the news for having lived a lie are swindlers, murderers, psychopaths.

Why am I choosing Skilled Empath Merge rather than aura reading? It’s a more personal experience, and I trust Jason Collins already, based on what I’ve read about him.

Of course, I’m no unskilled, suffering empath. I’ve got skills. Thus, any empath merge is a choice, not my usual way of living.

Doing a Skilled Empath Merge, what if my very first experience of Jason Collins is upsetting? I’ll pull right out from that experience, do the First Aid Technique from “Empowered by Empathy,” then return for some regular Stage Three Energy Literacy in the form of regular, more-at-a-distance, aura reading.

Speaking of technical matters, here’s an invitation to you Blog-Buddies who are skilled empaths. Join me with doing some Skilled Empath Merge from the photo here or supply your own different photo, pre- or post-coming out.

Recommended: Use a dedicated technique of Energy Literacy, such as the aura reading from photos techniques in “Read People Deeper” or the “Magic Picture” technique for Skilled Empath Merge from a regular photograph in “Become The Most Important Person in the Room.”

Here is a good quality aura photo of Jason Collins. (Of course, to any aura reader or skilled empath, any person’s photo is an aura photo.)

1 foot. Compacted, intense focus. More aware of the basketball players around him than about himself. Acutely sensing every physical body on the court, distances and pursuits and quick changes, every movement in process, every potential movement. Maybe the sound of each person’s breath. Or the feel of it.

Blog-Buddies, I find it hard to express how thrilling in a human, animal way it is to be in Jason Collins’ awareness of his own body and physical reality while in the midst of this game.

Beyond integrity. Beyond caring about anything but the physicality of it all, with competition and a strong need for dominance built into the mix.

3 inches. Jason Collins has the habit of hiding verbally, for sure.

It isn’t a creepy, slimy verson of hiding, such as I have found when doing aura reading or Skilled Empath Merge on spies. Or a legendary con artist I discussed at length on the radio yesterday, Bernie Madoff.

When it comes to full self-disclosure, verbally, Jason Collins has a way of going to sleep, or numbing himself.

Mostly this feels comfortable to him. Especially at a time like this, playing. In his glory.

Does Jason Collins follow through on doing what he says he will do?

Here’s the fascinating part. Controversy alert, as well. I really don’t mean to offend with the following.

When people don’t have power, they can move into a certain kind of protective numbness. In collective consciousness, in America’s history following the horrific karmic experience of being a black male, whether as a slave or in a disadvantaged lifestyle resulting from color prejudice, there is a collective history of being spaced out, unaccountable, hopeless, not following through.

At the very extreme of powerlessness, behavior for some minority men was compounded by prejudice-laden judgment, giving rise to stereotypes about being “lazy, shiftless,” etc. And then perhaps taking on a life of its own, a cultural meme in collective consciousness.

What about someone forced to live a lie about sexual orientation? Especially someone with celebrity like Jason Collins? The hiding can feel raw and ever-present, like an infected wound that keeps opening up.

Essentially, he feels wounded and powerless in the background. On an ongoing basis. Patterning makes it automatic to sometimes slip and shift away, in personal life, as part of being selectively numb inside.

At the time of this photo, I suspect Jason Collins doesn’t follow through on things he says he will do (outside of his shining art form, basketball). Instead he may let himself seem to conform to a version of black culture for men of being too cool — or whatever — to follow through with action to support verbal commitments.

It’s ironic, because the man wouldn’t feel so guilty if he didn’t care deeply about goodness and God.

Is the blockage in this chakra databank sexual guilt? Social guilt (as in living a lie)? Religious guilt, related to horrible things that Jason has heard church “leaders” say about homosexuality supposedly being “wicked” or optional?

This empath can’t tell. I’m stopping short in this Skilled Empath Merge. Personally, I don’t want to go there, sorting out the various flavors and proportions of guilt. It’s a sad mess at the time of this photo, ’nuff said.

5 inches. This is the worst experience I have had yet of Jason Collins while living a lie about his sexual orientation, living a lie as a sports celebrity.

Feelings of guilt, of shame, of self-loathing? Yes indeed.

And since the context is Mr. Collins’ sexuality, these would be the most horridly deep versions of guilt, of shame, of self-loathing.

Coming out in public will certainly help Jason Collins in many ways related to his conscious mind, then trickling down to his subconscious mind. I do hope that he will seek out additional healing as well.