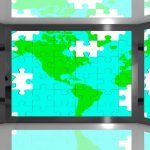 Collective consciousness, where each of us counts as a piece of an evolving puzzle.

Hmm, collective consciousness is such an important theme, I feel like rolling up my sleeves when getting to work. Except it’s the last day in June, a gorgeous day here in Sterling, Virginia. My shirt has short sleeves, actually.

These three vibrational frequencies correspond to what psychologists call:

Here at Earth School, all three levels of you — and all other humans — have a chance to evolve.

The history of ideas is a fascinating academic discipline about our collective evolution, humanly, intellectually.

Social historians notice collective evolution as well, everyday life reflecting trends related to laws and social institutions. (More on some of these soon, but from the perspective of collective consciousness.) Sometimes this is called the Zeitgeist, or spirit of the time.

Collective consciousness means the spiritual evolution of humanity, how we live humanly.

Where Does the Term “Collective Consciousness” Originate?

In Western thought, the concept of collective consciousness is similar to the idea of “The collective unconscious,” courtesy of the great Carl Jung: “Innate dispositions to experience and represent basic human behavior and situations.”

Carl Jung thought of archetypes. I think of evolution. But maybe I would think that way if Jung hadn’t introduced the idea of a deep, universal, unconscious human connection.

A different term, “Collective Consciousness,” is Eastern in origin, far as I know.

Collective Consciousness. How I First Learned About It

I first learned it when studying with Maharishi Mahesh Yogi, who didn’t just teach millions of people the technique of Transcendental Meditation but was an astonishingly effective teacher of his religious tradition, Hinduism.

Since that guru taught such a mixture, yet downplayed the Hinduism aspect, I really don’t know whether collective consciousness was one of Maharishi’s many brilliant insights or it is more a traditional term, perhaps 10,000 years old (like so much of Vedic wisdom). Perhaps some of you more knowledgeable Blog-Buddies could comment about this, educating me (among others interested in the idea of collective consciousness).

Why Care About Collective Consciousness?

Say that you facilitate mind-body-spirit growth, helping people on their personal path to Householder Enlightenment. Or even an Enlightenment Coach!

Or suppose you have any interest whatsoever in personal growth, whether for yourself, or as a healer,  or as a teacher, or as a community organizer, or as a political activist, or any motivation whatsoever that involves how people collectively relate to different aspects of life.

Collective consciousness matters because it is more than memes, slang that becomes popular, or which YouTubes go viral, or the (alleged) wisdom of crowds. (I say “Alleged” because a crowd might do well for judging the weight of a steer, but that everyman approach doesn’t necessarily make for what I call “Profundity.”)

Collective consciousness is the most intimate, and cumulative, way that you have been growing during your lifetime. Regardless of how active you are socially or politically; despite your love of technology, or lack thereof; you can find meaning in what you value…

when you consider how that topic of personal interest is linked to collective consciousness. For instance….

In his lifetime, and yours, and mine, Mandela made a great change regarding the acceptability of apartheid.

However, when collective consciousness changes enough, it could be argued, social and political and legal changes are able to follow relatively fast.

Why? The majority of people automatically have begun to think differently.

Which Changes to Collective Consciousness Have YOU Witnessed?

In my lifetime, I witnessed the Civil Rights Movement in America. Did you, too?

America’s Civil War had contributed to evolution of collective consciousness about race, yet Dr. King moved recognition of prejudice to another level.

Collective Consciousness About Race In America Has Evolved

I sure hope so, anyway.

Eugene Robinson’s perceptive editorial in The Washington Post really nailed it for me. Read his editorial for info about Deen’s fondness for being waited upon by uniformed African-Americans, not that different from slaves. As Robinson noted:

’The whole entire wait staff was middle-aged black men, and they had on beautiful white jackets with a black bow tie,’ Dean says in the deposition. ’I mean, it was really impressive. And I remember saying I would love to have servers like that, I said, but I would be afraid that somebody would misinterpret.’

“Her fears are well-founded.”

The beloved (or formerly beloved) cooking superstar’s personal tragedy is linked to how collective consciousness has changed to the point where racism in public is becoming less acceptable. (Even though I am highly skeptical of the Supreme Court’s recent ruling about supervision of voting rights not, supposedly, being necessary any longer.)

Civil Rights for This Time?

You Know What’s the Happening Thing Now in Collective Consciousness

The defeat of DOMA is a huge legal step that may hasten momentum in America’s collective consciousness.

Personally, I have cared about LGBT rights long before there was such a term as Lesbian Gay Bisexual Transgendered. Growing up in New York, family friends were in that group. Prejudice against sexual orientation didn’t make sense to me then, nor has it since.

While living near the Whitman-Walker Clinic in D.C., I used to volunteer by doing Reiki treatments. The AIDS epidemic changed collective consciousness in many ways regarding attitudes towards gay culture, and I longed for more change, in the direction of simple human decency.

Consider This Sequence in Collective Consciousness

Thinking in terms of collective consciousness, it makes sense to me that humanity would go through the precise sequence that has developed in American legal history:

As part of our collective evolution of consciousness on the planet, first we managed to figure out that humans could not own other humans. Hello!

Then we managed the big leap of considering adult women fully as human and adult as men, and therefore eligible to vote. (Something we’re still working on, regarding adult women being considered adults. 😉 )

With the Civil Rights Movement, collective consciousness evolved to a point where little children from different racial groups were allowed to go to the same school, egregious forms of discrimination could no longer be considered fair or socially acceptable. Affirmative action could begin.

And now, allowing couples to have federal benefits when they are married? To me, this seems like such a no-brainer. Yet I know it is hard for other people with perfectly fine brains, perhaps brains that have been influenced by certain religious views that I happen to find questionable, to put it politely.

Maybe deeply felt views, maybe convenient views. Definitely views out of step with the evolution in America regarding belief.

Why Would Gender Fears Be Toughest to Change in Collective Consciousness?

Not so obvious is that factor of sexual orientation. Of these four fairnesses, internal allegiance to gender is the most subtle.

Telling the difference about someone other than yourself? Way hard. I don’t use aura reading for that, as you Blog-Buddies may know.

Right on the surface of life, no energetic literacy required:

But sexual orientation? Sometimes the person isn’t sure, or allegiance changes.

Just because that doesn’t show on the surface of life, trying to figure out sexual orientation requires learning about an individual.

Exactly the direction where collective consciousness is headed. I hope.

That’s my work. And maybe yours.

This Blog’s Contribution to Collective Consciousness

I do have a dream.

It’s  not a dream like Dr. King’s, that arises out of oppression.

It’s a dream of evolution in collective consciousness, a dream about Energy Spirituality.

It’s a dream where the world’s empaths become skilled empaths. And thus are able to bring a kind of perceptive leadership into earth.

It’s a dream where healing emotional and energetic STUFF, at the astral level, is done by hundreds of thousands, as an effective and seriously respected profession.

It’s a dream where people are judged by the contents of their character, or even better, explored all the way down deep, as the magnificent creations they are. A dream where face reading doesn’t mean “Face judging” but reading the Secrets, true face reading. So that each face is recognized as perfect. Perfect as an expression of that evolving soul.

In my dream, collective consciousness has evolved enough for all this to be easy, natural, socially the norm.

That’s my dream, and I give everything I’ve got to help make it happen.

That’s my dream. What is yours?