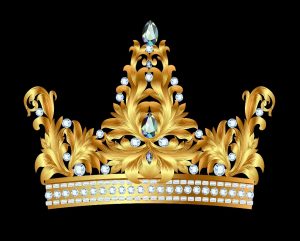 Prince George Aura Reading. Fascinating, even the new British royal never gets to wear a crown or hold a sceptre.

Prince George Aura Reading. Because it’s such a rare opportunity to read the aura of a newborn, possible, KING of the United Kingdom.

The royal baby is here. Which Means Photos aplenty of photographs of Prince George. You know what that means, Blog-Buddies. Bring on an aura reading, using Stage Three Energetic Literacy skills.

Need I introduce you to Will and Kate? Or the rest of the British royal family?

Nah! But I would like to give a shout-out to Kate for bravely emerging from the hospital less than 24 hours after giving birth. How radiant, picture-perfect. Frankly, how brave.

Childbirth isn’t that easy. As Dave Barry once observed, even rich people can’t pay others to do childbirth for them. Ouch!

I’ve heard it said that women are close to death while giving birth. Personally, I can relate. So I fell in love with Catherine all over again, seeing her smile and wave, leaving the hospital as if emerging from a minor cotillion or perhaps the launch of a paint job on the Queen Elizabeth 2 Ocean Liner.

To look fresh as a daisy like that? In front of a world stage. (So very different from “All the world’s a stage.”)

Holding this baby as if she had been a mother for millennia. I wonder, did she practice child-carrying in advance? Because this first-time mother was so awkward holding her child, it probably took months to approach a facsimile of “normal-looking.” To look like Kate here, a relaxed, confident mother? Awe-inspiring!

I will refer to him as “Prince George.” Rather than, say, “Cuddles.”

One extra bit of fun for today’s aura reading is that I will be researching chakra databanks that I don’t usually investigate on blog posts.

As I name each one, you might have fun thinking about that particular chakra databank. How might it be especially relevant to the reading of a Royal?

Also, go ahead and read these chakra databanks on yourself, if you’ve got the skills. There is so much to admire about you!

The photo above will be used for today’s aura reading. To do your own aura reading, you might open one of these up in a different window:

Full disclosure: For today’s aura reading, I used the baby photograph as it appeared in The Washington Post, July 24, 2013, Section A, Page 10.

I have just enough techno-smarts to move the newspaper at a 90-degree angle so the kid looks vertical rather than horizontal. Now I’m going to read the following chakra databanks through his baby blanket, a more advanced version of aura reading than I have taught so far in any of my books. Just a variation on the “Plug In with a Photo” technique in “Read People Deeper.” Perhaps awaiting full description in the “Read Auras of Babies” book by Rose Rosetree? 😉

Why just read gifts of his soul?

For grown-up celebrities, I emphasize chakra databanks with their size and quality. This is the business end of a chakra databank, revealing the impact of free will. Telling us about a person’s who-you-be at the time of a photograph.

Size and quality of a chakra databank correspond to the astral level (in metaphysical terms) and subconscious mind (in psychological terms).

By contrast, a newborn’s aura is going wild in those astral frequencies. Plus the kid hasn’t done much yet. (Apart from fighting his way out the birth canal, learning to breathe air, and some other little things like that.)

Seriously, a baby is pure potential. So it’s only fair to read only those distinctive gifts of the soul in his chakra databanks. (For you fellow consciousness nerds, this part of a chakra databank corresponds to the Divine level, in metaphysical terms, and the Higher Self or Wise Mind, in psychological terms.)

Blog-Buddies, you may not be quite as rich or famous as Prince George. However, your baby picture could be read to show just as many gorgeous gifts of the soul, one for each of your hundreds of chakra databanks.

And your gifts of the soul are just as good as his, too. Unique to each soul here at Earth School? A complete designer collection.

Aura Reading Databank at the Root Chakra: Social Acceptance of My Human Life

Wow, is this one evolved being!

Gift of Prince George’s soul? He’s evolved enough to be gathering information about the range of human responses to a famous person. He is ready to do this research project.

A degree of detachment is part of Prince George’s gift at this Root Chakra Databank. This is a healthy kind of detachment, which will assist him not to be unduly influenced by popularity.

Steadiness, curiosity, and a sense of humor are also components of this gift of his soul.

Aura Reading Databank at the Belly Chakra: Stability of Flow for Life Energies

Blog-Buddies, all humans have many types of energy within us, e.g., Masculine, feminine, earth, spiritual (a.k.a. Kundalini energy). How stable is that balancing act? This chakra databank tells the tale.

Prince George’s gift at this chakra databank? Deeply stubborn. His life will be lived on his own terms, even energetically.

In this regard, Prince George is making use of a fabulous Windsor survival characteristic, evident in the behavior of Prince Charles, even more evident in great-grandmother Queen Elizabeth, who has not followed the example of other European royals who retired in order to give a chance of reigning to their adult children.

Emotional kindness and a high spiritual intent are the defining characteristics of this chakra databank in Prince George.

Emotional kindness means qualities like compassion and the desire to be “The King of people’s hearts,” to paraphrase the famous words of Lady Diana.

What about that high spiritual intent? This soul is designed to use his power to give direction to life for people living during this time of amazing phase transition/ quantum leap/ life after The Shift.

Experiencing this chakra databank gives me a visceral clue about the magnificent spiritual potential unfolding on earth now.

For years, I have shared my dream to help millions of souls gain Enlightenment at this time, and to do it as householders. In the aura of this influentially placed soul, I have the first really strong sense of confirmation.

Not being a psychic, learning in auras is how I find external validation. Not that I depend upon it.

Trusting Your Emotional Responses to People and Situations

An inner steadiness is the culmination of many lifetimes for this very evolved soul. This gift reveals an earth background, with previous lifetimes that have taught him about power and fame.

Emotionally, Prince Georgehas the potential as an adult to take very little personally… unless he chooses to enjoy a sweet human experience.

A sense of humor that favors dry wit — that is part of Prince George’s gift at this chakra databank.

Also his lively, analytical intelligence makes it enjoyable to tell whichever piece of the truth suits a particular occasion, audience, degree of sophistication of the listeners.

You know what really amazes me here, Blog-Buddies? I appreciate intelligence in this child’s human bloodline, notably the really brilliant mind of Prince Charles. Makes me want to rush out and read his aura, too. Of course, that’s way more complicated by now. He’s not just a loveable baby, fresh from Source. He has had quite the lifetime, with plenty of potential for STUFF to load up his auric field.

(Or, as folks spell in it the nation of Prince George, Living with Honour)

Blog-Buddies, it’s a little dazzling in Prince George’s Third Eye Chakra right now. All 50 of his chakra databanks are glowing with Divine Dazzle. He is getting lots and lots of help for a lifetime that is guaranteed to involve mega-power and fame and influence. (And not to confuse anyone, this guy has MORE than 50 chakra databanks in this particular Royal Third Eye Chakra. He’s like a luxury car, fully loaded.)

Okay, I’ll put on my cosmic sunglasses and go back in for a second attempt to read this chakra databank.

One way you can tell this is an ancient being, not a new soul? Simple decisions and easy answers are not part of his gift of the soul. Instead this chakra databank is replete with nuance. Plus enough ego strength to stop and deliberate, as appropriate, for each unique situation where honor and ethics may be challenging.

Yes, this soul has the built-in capacity to achieve Enlightenment in this lifetime. He’s close already, actually. Yet he is set up to move forward in a very human way, with fits and starts and stops and confusions and distractions.

No, I’m not predicting here. Me? Not a psychic. Just using skills of Stage Three Energetic Literacy, that’s me. Nobody can be guaranteed to move into Enlightenment. That’s a privilege reserved for avatars.

The capacity for gentle pacing, even a commitment to this, is part of his gift.

Sure, any human alive can enjoy external validation. I supplied a rare admission of my own taste for it earlier in today’s post.

What is “Internal validation”? To me, that means valuing truth based in self-authority, then tested in human reality. In contrast to needing to move with the tribe, at the current pace of the tribe, internalizing values of the tribe that may be completely outgrown in personal evolution.

Prince George does have a chakra databank for “Valuing Internal Validation.” Here’s the gift I notice there:

Wisdom. Compassion for the human condition. Interest in self-acceptance.

Sounds like this soul is so ready to move forward in this incarnation –personal growth plus an amazing opportunity to help humanity as a World Server.

In that regard, just like you and me, actually.

Taboo Topic
How Much Does Rosetree Energy Spirituality Cost, Compared to Weed?