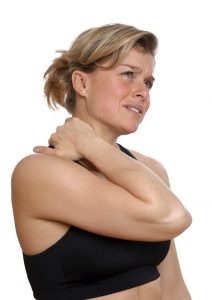 Energetically Bad Things. If you don’t think that good people can sometimes be a pain in the neck — energetically — this article might shock you.

Energetically Bad Things — can they happen FROM good people? Hey, aren’t you living proof? A kind of suffering that can make us feel bad, then ashamed. Blaming ourselves.

Here is the blog post I promised, related to Why could other people make us feel bad? (Blabbing about a taboo topic in New Age.) Thanks to all who have participated in that conversation — and thanks in advance to all who continue that thread.

Socially, there are plenty of ways a person might legitimately feel worse, not better, from contact with another person. Especially somebody who is considered to be “good,” or “awakened” or “Enlightened.”

Today I would like to start exploring how good people can make us feel bad energetically. Legitimate reactions, explored from a healer’s perspective. Specifically, my perspective from facilitating sessions of Rosetree Energy Spirituality.

Auric modeling means that, on a subconscious level, you can read everyone’s aura beautifully. With zero effort, you receive the full download about JOE’s and GLADYS’s chakra databanks. All you need do is be on the telephone together, or be present in the same room at the same time.

Being present with another human being in energetic real time, automatically you will also store energetic holograms for every split second of the interaction.

Consciously, it’s useful to develop Stage Three Energetic Literacy, so you can research others at will, down to the chakra databanks that you’re most curious about. Meanwhile, trust me, your subconscious mind and aura respond to each person’s auric modeling. That even goes for celebrities we haven’t met, with auric modeling that shows in every photograph, every single video.

Often the response to another person’s auric modeling registers as feelings of discomfort. Celebrities are often forgiven for criminal activities, or social transgressions, or other behaviors that rightly might make you feel uncomfortable, just at a conscious human level. (Not because you are “judgmental” but because you have standards.)

Famous or not, forgiven or not, that celebrity’s auric modeling will not magically become immaculate to go with the latest polling data. Performer-type celebrities tend to have magnificent auric modeling, but there can be loads of exceptions. Or your auric modeling might simply not be especially compatible. So don’t be shocked if some acclaimed famous person turns you off. Trust your self-authority.

Back at people you meet in person, say that JOE is widely considered a good person, maybe even top dog in your social crowd. Or perhaps JOE is a business consultant considered “A genius.”  Maybe JOE is a high-status, beloved person in your family.

What does that tell you about JOE’s auric modeling? Not much.

Any person who isn’t Enlightened yet has STUFF stuck at the astral level. That can create a negative reaction in you.

If you are an unskilled empath, you’re likely doing loads of super-quick unskilled empath merges on JOE while you’re with him. Which would lead to STUFF from JOE getting lodged in your aura.

Same deal with a person who is considered “Spiritually Awake” or “Awakened.” The personal path to Enlightenment consists of many milestones, not just either-or. Personally, I am not a fan of using the term “Awake” because it is so vague and can be misleading.

Ever hear the idea that some people are spiritually elite? Or perhaps you have been told that an in-group of super-evolved people can read auras constantly and all  see the same thing? (As if that were really true! Ugh!)

The Internet is now rife with beginners at spiritual practice mixed in with the very experienced spiritual seekers, cult members, and loads of others who are not yet Enlightened. Nonetheless, they — or their fans — call these folks “Awake” or “Awakened.”

If you type the terms “Awake” or “Awakened” into the SEARCH box here at the blog, you can read plenty more on that topic. This post comes to mind, for instance: What is the difference between Awakening and Enlightenment? Basically, Blog-Buddies, consider that everything applies about feeling bad, for good reason, that you have just read in today’s article about auric modeling from “Any person who isn’t Enlightened.”

Incidentally, would you like to learn what, exactly, I mean by “Enlightened“? Start with Enlightement Profiling, using aura reading and empath merge and maybe also check out What is Enlightenment? The 10 most important things. and How Enlightenment Develops.

Everyone in the world might not agree with Rose Rosetree’s beliefs about Enlightenment — You think? — but at least my definition is specific and testable by anyone who has developed full skills of aura reading.

Another way that a person can feel worse energetically after making contact with a good person, even someone Enlightened? That person’s auric modeling may have a specialty that causes others to purify.

Automatically this happens with molecular empaths, for instance. In her Comment 5 at the earlier-mentioned post, DEBI referred to a book by Carolyn Mysss about energy types. Evidently Myss has researched energy types that make other people feel uncomfortable.

Now, speaking of Blog-Buddy DEBI’s comment, she also told a powerful story about a “gifted, holistic M.D.” who was well referred who made her feel terrible. Glad to hear it, actually, DEBI, given the circumstances. Score yourself a new Sanity Point.

From that account, seems to me, there were reasons aplenty for DEBI to feel bad after her session with him.

One reason is energetic. Gifted or not, this healer’s auric modeling might well have created conscious cognitive dissonance, given his oh-so-special reputation. An aura-level mixed message might help to explain DEBI’s experience with this healer.

A second reason concerns human-level ethics. Given what DEBI reported, why wouldn’t she have felt bad after contact with this “good, so-gifted” healer? What did he do, in objective reality?

Every healer has the right to practice in his or her modality of choice. However, I will state here that I, personally, consider it unethical to tell people about problems with their auras unless, during that very same session, I aim to facilitate healing.

Just because a practitioner has obtained professional credentials as a physician, and now can read auras to some degree, that means what exactly? That person has training as a physician. That credential does not mean that the healer has or has not ever received rigorous training — complete with ethics — about energy spirituality, energy psychology, or energy medicine. (This is one of many reasons why I encourage all you Blog-Buddies to be smart New Age Consumers.)

What self-respecting, self-actualizing person wouldn’t feel creeped out after being informed that (to quote DEBI’s comment some more): “Your Third Eye Chakra is invasive to people.” Followed by what? “He didn’t really offer me anything positive.”

This sort of “aura reading” just makes me cringe, Blog-Buddies. I do all I can to bring ethics, standards, quality to energy healing. I’ll bet you do too. Well, let’s keep that up!

Many people considered “good” or even “holy” are living in spiritual addiction. For an example, let’s consider GLADYS, a yoga teacher who is as sweet as gulab jamun on top of apple pie a la mode.

Unfortunately, without knowing it, suppose that GLADYS has slipped into a spiritual addiction.

If you are fortunate enough NOT to have this problem, you might feel pretty bad after face time together with GLADYS. (Especially worse after staring at each other’s faces through your legs, doing the Downward-Facing Dog asana. 😉 )

Responding to GLADYS’s messed up auric modeling, you could feel exceedingly uncomfortable. Especially if GLADYS seems so laid back, relaxed, all positive all the time.

The labels at Earth School are terrible. Appearances here are intermittently deceiving. To get beyond those illusions, you don’t have to be Enlightened. Just become a smart New Age Consumer. However you do that.

Incidentally, what if you happen to have fallen into spiritual addiction? Easy to do, since those labels at Earth School are lousy.

Then you might be in the presence of GLADYS and feel comfortable, great, reassured. But, later, there you are in a room with JOE.

JOE who may have plenty of other problems but a spiritual addiction isn’t among them. This fact alone, broadcast through his auric modeling, might serve as a gentle wake-up call to your subconscious mind.

Appreciating this inner reminder or not, bottom line, you might well feel bad being around JOE.

Plenty of good people today live in spiritual shutdown. They wouldn’t recognize a spiritual experience (right now) if it hit them across the Third Eye Chakra with the force of a physical blow. Such good people might be pillars of your neighborhood church, respected healers, high-status members of your community, whatever.

If you interact with a good person who is in spiritual shutdown, no owl from Hogwarts will arrive to notify you. 😉

However…. Auric modeling will quietly inform your subconscious mind. Consequently, it’s likely that you will feel… uncomfortable.

Incidentally, it’s unlikely that you personally are in spiritual shutdown, Blog-Buddies. Or I doubt you’d be reading today’s article.

But if your friend PAT lives that way, he could feel very uncomfortable with either JOE or GLADYS or anyone else who is not likewise in spiritual shutdown.

Well, enough for today. Let’s make a Part Two to complete items 4-7 on this list. Comments about this topic so far, anyone?

How Much Does Rosetree Energy Spirituality Cost, Compared to Weed?
Feeling Terrible. More Ways to Protect Yourself