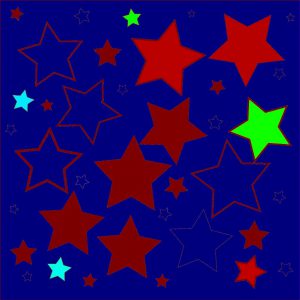 Edward Snowden is famous these days. Whether you like him or not.

Edward Snowden. Do you like him or loathe him? Chances are, one or the other. New to aura reading, JILL ERIN satisfies her curiosity.

Blog-Buddy JILL ERIN has located a rare, recent photo of Edward Snowden and used it as the basis for an aura reading.

I did an aura reading of Edward Snowden today, using the picture of him leaving the Moscow airport. I used the “Magic Picture technique” from “Become The Most Important Person in the Room” and also “The Plug in and Look” technique from “Read People Deeper.”

My reason for researching Edward Snowden was that I was tending to view the whole drama from a political stance of:

Then it occurred to me that the whole issue has a whole other level of importance for the world and I could tap into that level with aura reading Edward. It only makes the whole affair more interesting to me in a much broader and deeper way. I am watching with fascination as this story unfolds.

Thank you, Rose, for bringing the teaching of Stage Three Energetic Literacy into the world. Those of us who have taken your workshops and experienced aura healing sessions of Rosetree Energy Spirituality with you are now capable of bringing more light and understanding into a world.

It is a world at a crossroads. Our world needs this kind of discernment to navigate it for the greater good.

Aura Reading Databank at the Root Chakra for Trusting LIFE

Huge and solid. Mr. Snowden has a deep trust in life and a conviction that life will always support him, no matter what.

That trust is imbedded within the trust that he is doing something Life sent him here to do — not so much a mission he, personally, chose to do. It is more a quality of doing something that was asked of him and he accepted it.

Aura Reading Databank at the Root Chakra for Trusting PEOPLE

Also huge, but there is some wavering here and STUFF in the form of doubts because of recent events.

But, that trust is coming back. There is deeper discernment now about whom to trust and whom not to trust (in a human way).

Mr. Snowden feels that he was born to do what he is doing now. He feels that this is not so much about him as about the role he is playing.

Edward Snowden owns what he is doing in a sort of arms-length way. It is a quality more of Non-Self than of Selflessness, if that makes sense.

to accomplish what he has done for the greater good.

At this chakra databank, Snowden feels that his current situation is not about him. It is about The Mission. The emotionally oriented chakra databank does not have an emotional quality.

Aura Reading Databank at the Heart Chakra for Emotional Stability

At this different databank at his Heart Chakra, there is some STUFF related to doubts.

Edward Snowden needs to believe that he is doing the right thing. He is afraid to think about it too much, for fear of letting doubts grow.

There is a quality of protecting himself in order to stay stable. I doubt that he is aware of this consciously, reading him at this time of this photograph.

[Note from Rose: For any of you who are  new to reading chakra databanks, they are about the inner self. Due to recent comments at this blog, I have begun to consider whether these chakra databanks might correspond to the aura anatomy known for at least 10,000 years as “The nadis.”Within chakra databanks, gifts of the soul are at the level of the Divine, or Higher Self. While the size and quality of chakra databanks, which JILL ERIN is reading here? That is literally at a subconscious, or astral, level. By definition subconscious!)

No doubts for him about Spiritual Source and his connection to Source.

But, he brings that nourishment and connection down to earth and grounds it here through his actions. Very inspiring.