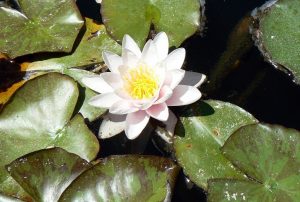 Each of us is following a personal path that is sacred and beautiful. Lately we have had blog conversations about Householder Enlightenment as one possible goal for personal evolution.

Much as traditional investigation of the nadis within chakras was a more mechanical matter 10,000 years ago, not juicy and replete with personal needs and components of actualizing potential — such as aura-reading chakra databanks that are part of energetic literacy, investigated at this very blog.

Recently Blog-Buddy ANITA had some perceptive comments to make on the topic of Householder Enlightenment. Three comments in a row. I have combined them into one sumptuous guest post, adding just minor edits, links, and headings.

ANITA ought to know about Householder Enlightenment, as the comments that follow are based on her personal experience. (Check her out on our Enlightenment Life List.) Enjoy perceptive ANITA, everyone. 🙂

Being a Householder means accentuating the human

One of the big take-away messages I have received over the years goes something like this:  We are spirit made manifest in human form.

As a householder, Im continually reminded of this. (Whether I want to be or not, I might add!) Like Julie in Comment #50 at Name Alignment Research, a powerful new way to express your soul., there are things that I want to accomplish, So there I experience a dance between the inner state and the external side of life.

I recently read an article by a gifted and wise astrologer that I wont be able to do justice to here. Still, Ill try to explain what he said because I think it gets at something Im trying to say.

Limiting structures dont have to be perceived as things that block you.  After all, its comforting to know that the sun rises and falls every day and that there are fairly consistent prices on items one wants to buy at the grocery store.

These limiting structures act like a funnel of sorts.  If you have $2 with you, you can decide whether you want to buy milk that day.  If you dont, you have to figure out where you can get $2 or whether you can go without milk.

OK, I hope that analogy made sense.

I think that paradox is a good way of describing this:  on the one hand, everything is perfect and we are one with life.  In that sense, living in the eternal now as spirit, everything is just right and exactly so.

However, in another sense, in form, we have feelings and desires; we want to experience change and growth; we like to see the seasons change, watch our children grow and develop.

(I dont have children yet, I might add, but I dont think I would want my children to stay the same age forever; at the same time, I agree with a mother who wrote that sometimes she feels such nostalgia about a memory of her child when the child was younger that she cries and has to remind herself to enjoy the child she has now, not who the child was then.)

Since we are both spirit and form, there is both unity and duality simultaneously  hence the seeming paradox.

I was reminded of two movies that I saw this summer, Elysium and Wolverine.

When people go to Elysium, they can live almost forever because all disease has been wiped out.  Jodie Foster, who stars in the movie, was asked if she wanted to live forever and responded, Who would?  I feel tired just thinking about it.

The comic book character Wolverine is immortal.  One of his existential struggles is that everyone around him eventually dies, while he does not.

Nothing perfect in form… includes people

OK, having said all this, my personal feeling is that there is nothing perfect in form - and that includes people.

It is imperfection that gives things in form their special-ness.

Their imperfection reflects life and what is real  their impermanence, the transient nature of all life (and all form) itself.

It is the philosophy that drives wabi-sabi; it is why Persian rugs have an imperfection deliberately knitted in; why natural design materials and elements have made a comeback in design.

It is why we frame the hand drawn picture a child makes for us and treasure it or why the bowl that was hand made by a friend in pottery class has a special place in the kitchen cabinet.

So, if my annoyance and frustration at getting caught in traffic is a sign of my imperfection, so be it.

If my cooking disasters reflect how very human I am and how much I still have left to learn and grow, so be it (and thank goodness for pizza delivery).

There are still miles to go before I sleep