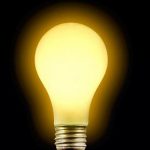 Widely acknowledged as one of the greatest herbalists of modern times, which empath gifts did Hanna Kroeger have?

In her winning entry at our Empath Contest Where Everybody Can Win, SUZ described her relationship with Hannah Kroeger:

“She was a well-known and controversial herbal healer who had a shop in Boulder Colorado where I lived for several years. People came from all over to eat in her little cafe and to see her for healing in a little alcove by the big staircase going up to the cafe. She got in trouble several times for practicing medicine without a license. But her ways worked when all else failed.

“While waiting in line to go upstairs, you could look right into her healing alcove and see everything she did. Many were the times I saw her standing with her eyes closed and her hands on a customer, determining what was needed, or moving healing energy.

“I was a bit frightened of her because I always felt like she could see everything about me when she looked my way. It felt like quite a probe. I should have gone and met her!”

Before I Begin the Skilled Empath Merge of the Fascinating Herbalist And Healer, Hanna Kroeger

One teacher’s comment for the benefit of SUZ… and maybe some of you other Blog-Buddies as well. An interest in reading people deeper does not preclude a healthy interest in protecting yourself.

SUZ, why the “I should have gone and met her”?  Because she was famous? Because eventually she would make her transition off Earth? Because you both lived in the ‘hood?

Let’s put in a word for self-authority here.

Look, you felt a bit frightened of her. You know, SUZ, we can have fear-like experiences related to awe and noticing newness or great possibility. But we can also experience variations of fear that serve as an inner warning.

Personal story: Back around 1991, I had a friend, JOE, who recommended a particular workshop. It sounded wonderful.

The workshop was popular. I admired JOE, and he just raved about how wonderful GLADYS was. This was before I read auras from photos or did Soul Thrill Aura Reading research.

So I just went. The workshop experience was pretty horrible, and even worse after.

Altogether, I’d say it took me six months to fully recover from that workshop. Years later, I went for a reading with my mentor at the time, Tantra Maat.

Tantra is not given to finding wicked people everywhere. However, she told me bluntly, “GLADYS tried to destroy you.”

SUZ, had I paid attention to how I felt when I first stood in the presence of GLADYS, I would have turned around and gone home.

Which would have been a good thing.

Back in the day, I didn’t have much self-authority. Smart you, to have it now! And smart you to have had self-authority then, evidently, as well.  That counts.

Self-authority does not invariably bring us blithesome tidings, you know.

In the Skilled Empath Merge that follows, starring this world-class healer, nothing will indicate that she would have been a good healer for you.

Even if Hanna Kroeger  had been on my Enlightenment Life List, she might not have been a good fit for you. Self-authority plus skill as a consumer — that’s how you can avoid problems and move forward most rapidly on your personal path.

Over at Today’s Skilled Empath Merge, Some Basics

Skilled Empath Merge with the great Hanna Kroeger may interest you if you have loved the products she developed, now sold posthumously.

Also, today’s post could also be of interest if you’re curious about which chakra databanks reveal which empath gifts.

And if you ever, ever have heard that empaths “Feel other people’s feelings,” you really owe it to yourself to read today’s article.

Below I will use the Magic Picture technique from Become The Most Important Person in the Room. To read along with me, use one of these photo links:

Which Chakra Databanks Provide Detailed Information about an Empath

If you want to do a rigorous job of researching whether or not someone is an empath, investigate the chakra databanks that follow.

Bet those ancient Hindus and Buddhists and all-around Kundalini experts had no clue, back  in the day, that folks would eventually  research the nadis in order to help empaths to develop more skill!

Just remember, if you are reading yourself to learn about empath gifts, that’s fine. That’s dandy. However, aura reading not the best way to find out if you have an empath gift. It is wiser to do some human-level research:

Read, or reread, detailed descriptions for each empath gift, such as you can find in Empowered by Empathy or Become The Most Important Person in the Room.

Can you relate to that, humanly? Even for sometimes? Then you have that gift. Let it be that simple.

Definitely do not ever do an aura reading for the purpose of telling another person which empath gift(s) he or she has.

This undermines the person’s self-authority. Instead of doing that person a favor, you are making it slower for that person to do the main part of becoming a skilled empath. This is learning how to turn your empath gifts OFF, through using consciousness.

I don’t go there, telling students or clients about their gift(s). Why not? I’m a professional coach at Empath Empowerment(R). So I know better.

(This is also why I do not give people “Tips” and “Little steps” and “Easy takeaways.” Use that for surface-level skills in life, not the soulful and sophisticated art of becoming a skilled empath. Empath Empowerment is completely effortless once learned, but this is something too deep for sound bites.)

It is totally appropriate, however, to research the empath gifts of a public figure, including one who is unlikely to ever read this blog. As you may have known even before reading SUZ’s comment above, the great herbalist is deceased. She won’t be confused by stumbling upon a description of why I consider her to be a very, very talented empath.

To the stars. Universal knowledge about causation. Intense, computer-like, analytical ability about what a plant can do or not.

Brilliant ability to gain instant knowledge. Supported by intellectual clarity. Hanna Kroeger was an uncanny plant empath. When she worked with formulations, she had the ability to communicate through consciousness (telepathically) in order to encourage the plants, or combination of plants, to wake up in a particular way, for a particular purpose.

Have any of you Bl0g-Buddies read Autobiography of a Yogi? Swami Yogananda describes how Luther Burbank would tell a rose “You don’t need those thorns.” Similar deal.

Fills the room. Hanna Kroeger was an animal empath as well as a plant empath.

Evidently she had superb telepathic ability for communicating with animals, as well as a deep kind of love for them. However, they were not her work in this lifetime. She was quite clear about that.

Animals can help, but they do not heal large groups in collective consciousness in the way that herbs can. For Hanna Kroeger, animals were more like colleagues in allied healing arts.

Root Chakra Databank for Connecting to the Mineral Kingdom

15 feet. Respectful interest. Excellent ability to measure and physically assess. Hanna Kroeger was not a crystal empath. With her uncanny, exceptional talent as a plant empath, plus an awesome (minimized) talent as an animal empath, thank goodness that the mineral kingdom did not open up for her in comparable fashion.

What’s the great thing about NOT having any of the empath gifts I have identified in the system of Empath Empowerment(R)?

Human objective reality becomes that much more stable. We can concentrate on using free will, making choices, pursuing them in ordinary human ways.

Don’t get me wrong, fellow empaths. Having even one lifelong gift as an empath is a privilege, a great opportunity for spiritual service and gaining wisdom. Until we become skilled empaths, however, those gifts DO complicate life.

Root Chakra Databank for Connecting to the Environment

15 feet. An entire forest? An ocean? Even a golf course? A little too big for Hanna Kroeger to help as an herbalist.

She preferred her patients to be human, and of a manageable size. So no environmental empath gift in her makeup.

15 feet. This picture was taken when Kroeger was posing for a photo, not doing the sort of diagnostic reading SUZ described at the top of today’s post. (What I would call doing a “Skilled Empath Merge.”)

That explains the normal size, rather than the hugely expanded size which would most likely have occurred during Kroger’s “Energy readings” of clients, as reported by SUZ.

Physical Intuition was an empath gift for Hanna Kroeger, but she definitely did not have Physical Oneness.

Wow, that Hanna was so funny! So rigorous and no nonsense, in this chakra databank as in all the others I have been researching so far.

Is it possible that any of you Blog-Buddies were ever personally trained by Hanna Kroeger? Or do you know anybody who was?

Would enjoy hearing about your experience of the great plant empath.  I’m pretty sure that Ms. Kroeger had zero sympathy for oneness empath gifts (Not just Physical Oneness but Emotional Oneness or Spiritual Oneness.)

Seems pretty clear that Hanna would have considered any such experience to be way too personal for her comfort; I suspect she would have despised this as intellectually muddle-headed.

Not that such gifts are. Emotional Oneness and Physical Oneness  are different gifts from the life-long gift set of Hanna Kroeger.

Useful for all of us to remember: Being born as an empath does not confer the skill set of understanding empaths, or coaching them in how to become skilled, or even respecting empath gifts other than one’s own.

Let’s not confuse analytical brilliance with being open to other points of view. Viewpoints coming rom humans.

Evidently Hanna Kroeger was remarkably adept at collaborating with the consciousness of plants. But human ideas? Ha!

When a topic of inquiry was important to her, most likely she would have felt she knew better than anyone else. Know what? She probably did.

Certainly it’s hilarious to think of flexibility in the context of Hanna Kroeger’s personality or aura at the time of this photo. Not exactly her greatest talent. 😉

Okay, to spell this out in terms of empath gifts: Intellectual Empath Ability? (Which I called “Intellectual Shape-Shifting” in Empowered by Empathy.) Definitely not.

So I am not impugning Hanna Kroeger’s ability to love her children and grandchildren when I note how puny this chakra databank was at the time of this photograph.

Probably by then, Kroeger had STUFF configured in such a way that disallowed much mushy-gushy in life with few, if any exceptions.

No emotional empath abilities for her, in that lifetime, neither Emotional Oneness nor Emotional Intuition.

You know, God is omniscient. We humans have to specialize. Otherwise our heads would explode.

5 inches. Not much direct experience of the Divine as a presence beyond earth for practical, brilliant, Hanna Kroeger.

No spiritual empath ability, either.

But give that Hanna Kroeger a glorious plant? That is where she would have entered into a cathedral.