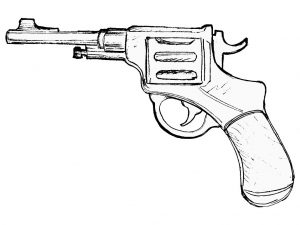 Silence Weapon. How to protect yourself when silence is used as a weapon.

Silence Weapon — how to protect yourself when silence is used as a weapon. That’s the purpose of today’s post.

Silence being used as a weapon? Sure that happens. It happened to my client JOE.

The topic came up during his session of aura healing. Our healing centerpiece involved pulling out an energetic hologram for problem solving. I had used Stage Four Energetic Literacy to read chakra databanks of JOE and his sweetheart GLADYS… during one particular incident in their loving but troubled relationship.

GLADYS had been using silence as a weapon. “Did you realize she was doing this?” I asked.

“What does that mean, using silence as a weapon?” JOE asked me back. He never had heard this idea before. Have you?

Silence can be golden. Silence can be perfumed exquisitely with the presence of God. Silence shared by a loving couple can show the greatest compatibility and trust.

Especially important now, after The Shift into The Age of Awakening. Understand what the consequences can be energetically after a hurtful silence.

Even before The Shift, many of us knew that silence could be used in ways that were terribly hurtful. Bottom line: Ignoring someone is possibly the cruelest treatment of all. Worse than physical abuse. Constituting a form of emotional abuse.

Sadly, this form of abuse can be easy to miss, if you’re the victim. The silent treatment, so what?

After all, what could JOE accuse GLADYS of? Literally, nothing.

But figuratively? A great deal.

Never let someone you love get away with using silence as a weapon. If you haven’t yet learned the social skills for asking, learn them.

I have helped many a client to learn social skills, as part of an aura healing session of Rosetree Energy Spirituality. Sometimes psychotherapy is your best choice for support. Or sometimes you might find a friend who can help you to practice that form of sticking up for yourself.

Social skills can make a great difference for breaking up patterns of silence when that silence is hurtful, mysterious, damaging to your self-esteem, and/or threatening the trust in a relationship.

And if you’re a smart consumer of energy healing you know this. For emotional healing, it isn’t enough to remove STUFF. PUT IN is required to integrate the healing and move forward more rapidly on your path of personal development.

Maybe you know someone like JOSEPHINE. She disconnects from conversations a lot, oblivious that she leaves behind a hurtful silence.  detaching in order to do her favorite self-improvement technique.

Ironically, JOSEPHINE is damaging the relationship. Her multi-tasking is no real secret. What happens to the person at the other end of the conversation? Say that she is talking with JOE.

What he receives is silence. An unintentional weapon in this case.

JOE, being very human, is likely to interpret that silence and detachment in the most hurtful possible way.

Time for him to speak up!

“Hello, JOSEPHINE. Come on back to the conversation. Were you still talking with me? So, how do you like those Mets?”

JOE doesn’t necessarily need a meta-conversation about the relationship. Any conversation will do, being more human than a big, gaping silence.

Silence Weapon: Stronger in The Age of Awakening

What have you already learned about awareness after The Shift? Awareness travels more rapidly and effortlessly than ever before.

It has become so easy to slip-slide into astral-level experiences, a.k.a. “Travelling around randomly in your own subconscious mind.”

When JOSEPHINE or GLADYS shifts the conversation into silence, what happens?

Unless JOE knows better — or you do, Blog-Buddies — that lack of content in objective reality can become a big problem. It becomes extra-easy for awareness to slip-slide within.

Traveling into your deeper fears and pain? Sure, prolonged silence sets you up for that.

But don’t go there. As a wise man told me once, “You know what the difference is between you and a martyr? Martyrs go quietly.”