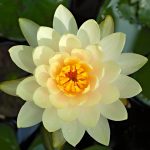 South African President Nelson Mandela has finally succumbed to illness. at age 95. Mandela had become one of the worlds most admired political figures. Legendary and inspiring. Loved currently and sure to be loved for ages to come. Now, mourned.

Did you know the biggest deal, spiritually, about the South African leader?

Although less well known than other great things about Nelson Mandela, you many know something pretty rare and definitely wonderful about the state of consciousness he attained in this lifetime.

Nelson Mandela is included on my Enlightenment Life List, not a great worldly honor but a spiritual one.

It’s always a treat to learn about the aura of one particular, distinctive embodiment of Enlightenment.

Another bonus of today’s article for you aura reading sophisticates? This aura reading of Nelson Mandela will include three chakra databanks that have not been researched before at this blog.

I’m pretty sure of that first-time status for these three nadis, anyway. By now, aura readings galore have been published here at “Deeper Perception Made Practical.” It is getting pretty hard to for me keep track. 🙂

Keeping track of the practical parts is easy, though, for you who are new to aura reading in general, or reading chakra databanks in particular. Links follow for you, as well as fun resources for those of you who wish to do aura reading in advance of my energetic profile of Nelson Mandela. Easy-peasy.

His physical reality is like a jigsaw puzzle now. All the pieces hold together, yet it takes effort to keep holding them together.

At any random moment, Mandela will notice the fraying edges between puzzle pieces and the difficult process of keeping so-called “Reality” whole.

Thus, Nelson Mandela’s awareness flickers back and forth between this age-riddled version of human reality and the actual direct experience of what — and who — in his environment is present physically.

As for Divine presence, this is the ever-available experience for those in Enlightenment, be it a renunciate version of Enlightenment or Householder Enlightenment.

Among the many illusions and fantasies prevalent now about what it really means to be Enlightened or Spiritually Awake, one of the saddest ones (I think) is supposing that any state of consciousness can paste over, or remove, the inevitable process of aging, followed by death.

So Nelson Mandela can access bliss at any time. Yet he hardly feels blissful at the time of this aura reading.

Aura Reading Databank at the Root Chakra for Persistence

Surviving 27 years in prison? Bringing his vision of democracy and post-apartheid living to his nation? Of course you would expect to find persistence in the aura of the Father of Modern South Africa.

Yet all human adults have this Root Chakra databank, including a gift of the soul. Perhaps an encouraging thing for you to remember about yours own resources in life these days, Blog-Buddies!

Back to Mandela and his Persistence Chakra Databank at the time of this photograph:

This Persistence Chakra Databank reveals great transformational power, persistence as an active form of courage rather than some mere refusal to give up.

18 feet. Honesty is a way of life. In fact, Nelson Mandela creates a space of verbal integrity and honesty when with others. Those who were able to speak with him toward the end of his life were able to benefit from that form of darshan. (Darshan is a form of auric modeling that inspires others subconsciously.)

Not that this Throat Chakra databank suggests blurting. Verbal integrity, for Mandela at this time, includes being judicious about when to speak out the more sarcastic language available to him, including opinions that might sound bitter.

Verbal Integrity at the Throat Chakra is not a sunny databank for this man. Publicly he did so much, after gaining power, to forgive his previous oppressors and even include them politically. Famously, Nelson Mandela did not subscribe to bitterness.

That has not erased what he personally learned, or how the man occasionally thought (and maybe even spoke, sometimes) in private.

What else is fascinating about this down-to-earth knowing and ability to tell it like it is? A totally human remembering of his own history didn’t keep Nelson Mandela from becoming Enlightened.

To this Enlightenment coach, one of the more vexing, counter-productive aspects of current New Age Litany is the alleged importance of being perpetually positive. If anything, the denial and self-blaming that result from such misguided attempts can set a person back spiritually.

Given Nelson Mandela’s achievements, and active role politically even after officially retiring from leadership, wouldn’t you expect something spectacular at the subconscious level where chakra databanks reveal their unassailable truth?

I do. But I’ll put aside my expectations when doing the official technique for aura reading. Then come back to report.

Wow, for the second chakra databank in a row, I am gently shocked, pleasantly surprised, and profoundly educated by Mandela’s who-you-be.

I am used to seeing Mandela’s public face, alight with a sweetly benevolent expression. Sweet this ain’t.

Magnificent, sure. But this is a chakra databank of extreme, hard-won knowledge about what problems really are, how bad they can get, including intimate knowledge about degrees of  life-or-death harshness.

STUFF at the astral/subconscious level does not distort this man’s aura. However, he keeps all that he has humanly learned. Which includes quite a range of experience that forms a context for all of Nelson Mandela’s chakra databanks about problem solving, including this one.

Reading this chakra databank is a reminder that Rose Rosetree’s life has been pillow-soft, ice-cream sweet, compared to what Nelson Mandela has endured. (By comparison, anyway.)

Aura reading always can take you outside the box of your own experience — Skilled Empath Merge even more so. Whew! I had forgotten how comfortable my personal box, in this lifetime, has been.

Yet more evidence that Nelson Mandela was no illusionist, not a constructor of fantasies in his own internal process.

This great man has been so lauded, so idolized. Within his own consciousness, however, no such glamour took hold.

Emotional self-acceptance about this incarnation is neither strict nor tidy. Many a New Ager would be shocked, shocked at this man’s range of inner emotions and his willingness to admit them to himself. (Although a savvy New Age Consumer, like each of you Blog-Buddies, might not be the least bit shocked, once you consciously think about it.)

The Divine presence, always available and in the background unless actively sought, helps to ease Nelson Mandela’s comfort with being a human in every which-way.

Toward the end of 9 1/2 decades, Nelson Mandela has earned the right to feel, “I’ve seen it all. Let me outta here.”

Moreover, he has endured long-term illness. Maybe you remember that last summer, President Obama was not able to visit Nelson Mandela during a trip to South Africa. Which reveals so much about the severe degree of illness.

Was much soul thrill left for the legendary political activist and leader? Let’s research deep within Nelson Mandela’s aura!

To appreciate that wow!, consider how Enlightenment is not a simple matter of on versus off. By contrast:

How is Enlightenment trickier than ON or OFF?

Sure, Enlightenment is definitely ON, once it is stabilized for a human nervous system. Yet there is potential for more evolution, beyond regular Enlightenment.

I have explained what I know about this, so far, in the blog post How Enlightenment Develops

Yes, it’s worth reading his aura, Blog-Buddies. If you have Empath Empowerment skills, I would recommend doing a Skilled Empath Merge as well.

Long story short, Nelson Mandela’s last phase of life may not have been pleasant for him. Sure, uncountable millions wanted this beloved man to stay with us on earth in precisely this incarnated form.

Yes, the blog is back
Special Invitation to Save $50 or More This December