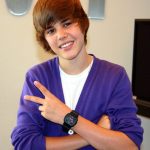 “It has been almost three years with no cases of polio in India.” Sound like a big deal? Well, it should.

Blog-Buddies, you have probably grown up free from the crippling virus. Maybe you even received a polio shot as I did, growing up.  In America, the disabling disease has been eradicated since 1979.

I have only one friend whose legs are disfigured from a childhood encounter with polio, the same illness that — not so very long ago — crippled American President Franklin D. Roosevelt.

Now India joins the family of nations that is polio-free. Credit goes particularly to Hamid Jafari, who wouldn’t give up on the seemingly impossible project of protecting all the children of India from the disease.

This intrepid public health leader directed a staff of 2,300 from the World Health Organization and India, finding ingenious ways to immunize children, even those living in the most remote high-risk areas. About 1 billion doses of polio vaccine were administered by the public health initiative managed by Jafari.

Let’s explore Hamid Jafari’s physical face data. What can face reading show? Join me, putting on your Physiognomists’ Chapeau and reading a perfect mug shot for our purposes, showing loads of goodies on the face of Hamid Jafari.

Wait, that isn’t Hamid Jafari at the top of today’s post. Well, it’s harder to find a publicly authorized photograph of the physician with the Centers for Disease Control and Prevention. Jafari might not have as many followers on Twitter, either.

Between his eyebrows, the Mark of Devotion is a bit right of center. (Of course, to tell left from right in a photo, cross over, as if shaking hands). The line moves up directly towards the center of his forehead.

A strong spiritual vocation drives him.

Being on the right side of his face, rather than the left, an added dollop of significance: This service orientation is especially related to career.

Sure, there’s a tendency toward a unibrow. Toward. But this isn’t a unibrow really, more like some patches. of hair between the eyebrows

One of the main patches fills in the groove of his Mark of Devotion. So you will really need to copy and expand the photo shown here to see this properly.

Today I was preparing to read Hamid Jafari’s aura. But when I saw this photo of him, this particular (super-rare) item of face data practically grabbed me by the eyeballs. Take a good look, Blog-Buddies. Bask away!

A very, very strong drive to put all his human forcefulness behind service-oriented projects.

The shape of each eyebrow is like part of a circle.

Thinking is driven by emotions. In Hamid Jafari’s case, this may not be emotion-laden reactions to individual people but more a passion to help people that, in itself, colors his thinking.

Expecting others to share his intense feelings? Disappointed or confused when other people do not think/feel as strongly as he does?

There’s one eyebrow hair for every person currently living in India.

Okay, joke. Notice a huge amount of hair in those eyebrows.

Exceptional intellectual power, including a knack for tracking details.

Can overwhelm others, especially if they try to keep up with all of the simultaneous projects?

Again, you will definitely have to expand Hamid Jafari’s mug shot to see this item of face reading data. But such a rare treat.

Remember to cross over, so you are seeing HIS right nostril, on your left side of the screen.

Check out the negative space at his nostril area. It is shaped like the top of a triangle.

Acutely aware of poverty and the additional suffering caused by financial problems.

Note: Right nostril is about career, not personal life. Hey, that fits, doesn’t it? Hamid Jafari’s other nostril has a different shape.

Driven because he is so acutely aware of poverty and the additional suffering caused by financial problems?

From the front, you can easily see the three-dimensionally protruding earlobes.

Exceptionally strong executive ability, providing eyes on the ground and then feet and hands to follow up. An instinctive knack for knowing what to do, especially with rapidly changing circumstances of a dramatic nature.

Might strike others as bossy? (Especially annoying because his bossiness turns out to be right so very often.)

Notice that vast horizontal distance from one jawbone to the other.

Intense loyalty to his commitments. Polio virus, watch out, once Hamid Jafari starts getting ideas!

How has Pope Francis changed so far? A comparison Skilled Empath Merge.
How hypnotism can help you to stop smoking. A Daylong Online Forum for World Hypnotism Day.