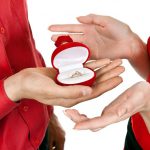 Big things come in small packages. At gift time, you know what that means.

Well it’s also true that sometimes that a great, huge, loving being can come in a humble package. That’s so true of Sandra Haering, an Apprentice in the Mentoring Program in Energy Spirituality [Now, by the time of this edit a Graduate!].

It’s also true of others from this informal online community who have joined the Enlightenment Life List.

I’ll leave Sandra free to write a guest post about herself,  what it has been like for her moving into Enlightenment, or anything else she likes.

Already she has given us these guest posts:

Blog Posts by Other Blog-Buddies in Enlightenment

All you Blog-Buddies are invited to guest post on any topics of interest. Comments and guest posts are a major part of this blog. The following are listed in no particular order, since each of these people comes first on my own personal list. JULIE, ADAM, ANITA, STEPHANIE, JOSIE, JILL ERIN. You know what I mean.

As for the rest of you, just keep moving forward in human-based spirituality. Developing Enlightenment is just one of so many ways to serve, learn, and evolve here at Earth School.

Plus Enlightenment Writing in a Class of Its Own

Interested in Blog-Buddies who are Enlightened? You can’t do better than the blog posts at David’s Enlightenment Blog, In2Deep.

Besides his everyday state of consciousness, David is a fabulous writer, as well as being deeply knowledgeable about states of consciousness. I am particularly grateful to him.

Not only because of his comments here at Deeper Perception Made Practical. At his own blog, David has written the most perceptive articles I have seen yet about my work, including posts on:

Reading these articles, for me, is kind of like going to my own funeral and hearing some really great eulogies. Except that I don’t have to be dead!

Adding One More Member of This Community to the Enlightenment Life List
Peace of Mind, Not Just from Hypnotism but from Extra Cash. (OK, also from Fear Removal.)