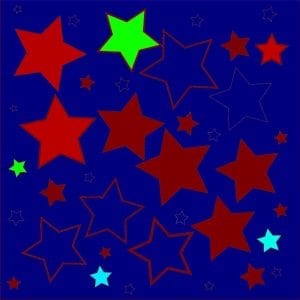 Jared Leto Integrity Chakra Databanks. Let’s research integrity, both for the actor playing himself and also for his Academy Award-winning role.

First of All, Why All the Acclaim?

Jared Leto’s performance as a transgender woman in Dallas Buyers Club won him the Academy Award for Best Supporting Actor in 2014. A powerhouse of creativity, the young actor is also is lead vocalist and main songwriter for Thirty Seconds to Mars, playing multiple instruments in addition to singing.

Would you also expect him to be a pretty complicated man? I would. Between the high level of creativity, the struggles of his childhood (including a father who committed suicide when Jared was eight) and, far as I can tell, Leto’s living far out-out-out-outside any LGBTQ closet.

Aha! I thought. Jared Leto would be just the one to research as my final Academy Award-related aura reading of 2014.

So, Blog-Buddies, I will research him in character as himself and also as Rayon in “Dallas Buyers Club,” awarding Chakra Databank Change Points as appropriate. (For more on this type of aura reading research see this article with loads of acting profileses.)

Even within the unusual realm of Aura Reading Movie Reviews, today I am going to give you something unique in this energetic literacy research.

Lately we have had many articles and comments here about Deception Detection, spotting liars, and all-around checking out a person’s integrity.

The largest number of integrity-related databanks I have ever researched at “Deeper Perception Made Practical.” Historians in Mind-Body-Spirit, take note.

This chakra databank is a shorthand version of a person, akin to the image you might have for yourself on Facebook. Why important for an Integrity Aura Reading? Because of possible contrast with the rest of a person’s chakra databanks. Outside of extraordinary acting and a few other unusual situations, chakra databanks never lie.

5 inches. Already way too thin — and this is BEFORE his nearly 40-pound weight loss undertaken for “Dallas Buyer’s Club.” The man is barely present in his life, experiencing something more akin to an Out-of-Body Experience.

A wisp of a man really, he moves in and out of having consciousness localized in his body. Extremely detached from his human identity and personality, in the moment of this photograph, Jared is posing, playing the role of being a sensitive actor who is being photographed.

Oboy, Blog-Buddies, what a way to begin! Really, unless you read somebody’s aura all the way down to the level of chakra databanks, how would you ever be able to notice something like this? As humans we are wired to notice expressions, body language, hear a person’s voice, watch what a person does in objective reality.

Nothing from this level will inform us about a person’s energies. While Stage One Energetic Literacy provides a hunch, a glimpse, a sweet preview of what we would learn from true energetic literacy. And Stage Two Energetic Literacy, though more reliable, can be very limited in the range of information discerned. Good thing that anyone — and I mean any normal person who is capable of reading this screen — could definitely learn full Stage Three Energetic Literacy.

The intense reality of presence is way more human than Jared Leto’s usual “Could be anything” self.

What a relief to meet this strong human personality, even if it is utterly fabricated.

For Jared Leto, acting is such a stabilizing way to move his energies. There is probably no other therapy that helps him to feel balanced. He doesn’t carry this identity inside him. He creates this identity, and doing this gives him something relatively interesting to commit to as a human being, living day by day, making the movie.

Not everyone has this chakra databank. Actors do. Salespeople, politicians, models, players, psychopaths, and others have this one. Everybody possesses certain chakra databanks that are specific to your lifestyle, your use of free will, the significant others in your life right now. If you don’t need a Root Chakra Databank for pretending to be someone other than who you are, congratulate yourself on having an easier life, Blog-Buddies!

Fills the room plus 20 miles. “I am a beautiful, sexy woman, lush and absolutely gorgeous. A showstopper.”

Ok. A very strong thought form can be projected by anyone. This one is definitely a blonde.

Maybe sometime you have seen a celebrity magazine at the supermarket checkout line. There is a paparazzi photo of a beloved celebrity like Cameron Diaz, only she looks terrible. The impact of such photos is to make us think that lack of makeup accounts for the difference.

I don’t think so. Blog-Buddies, you or I could have unflattering photographs. Sadly, the odds are we have. But we still looked like ourselves.

The stark contrast in those celebrity photographs is that when we see Cameron Diaz in a movie or on a talk show, we aren’t just seeing a woman with mega-professional quality makeup. She is projecting “Cameron Diaz, the Star.” That is what we recognize. Even with Stage One Energetic Literacy, we recognize that, because it is projected so powerfully.

Fills the room plus five inches. Dominates the interactions with others. Takes her usual personality and amps it up to seem invulnerable, invincible.

This is a very natural shift that this character might make, so the performance is convincing and makes the character more sympathetic.

BTW, have I mentioned that I have not seen “Dallas Buyers Club”? So true. The only one of the Oscar-nominated movies I have seen from the whole nominated batch was “Gravity.” Loved the special effects, glimpsing moments of being in outer space, especially enjoying the very rare moments when that was possible watching the suspenseful thriller about survival. I watched “Gravity” for its lighter moments. How funny is that?

A gorgeous job, with an intelligent artistic choice beautifully rendered.

Telling the truth. Or not. There are so many variations.

“Deception Detection” is a much better name for the field than “Spotting Liars.” When you use the system of Aura Reading Through All Your Senses(R) there are so many more lie detector tests than simply focusing on verbal prevarication.

2 inches. Hardly anyone home, inside of this man at the time of this photograph. I suspect drugs have been involved here. Certainly the quality of the chakra databank broadcasts a feeble message, as though a breath of air could blow the human part of this man away.

What there is of Jared Leto at this chakra databank proclaims, “I can be anything you want me to be.”

To this aura reading, the impact is not pleasing but terribly sad, verging on chilling that a man could be used to such an experience of being a man.

Blog-Buddies, this is one of my favorite chakra databanks for an Integrity Aura Reading. What does the person actually do? Is there follow-through on commitments? Are things done that were purposely not mentioned? (This might not show up the least in the Throat Chakra Databank for Verbal Integrity.) The lies lived can be the worst, though. Have you noticed?

Blog-Buddies, what inspires you to live with integrity? The sum total of that, at any given time in your life, is read in this chakra databank.

4 inches. There is a pretty strong identification with living in an astral realm while inhabiting his physical body. You can read more about that in the conclusion to today’s Integrity Aura Reading.

3 inches. Disillusionment has shaped this character’s spiritual life. Once she did believe in God and tried to be a good person. But for her, it is as though the God Company has gone bankrupt.

Because her experience of the Divine has gone missing-in-action, Rayon has only a hollow memory of caring about whether she is good or does good, according to any non-human spiritual power.

Usually sexual fidelity is an important reason for reading this chakra databank. There could also be many nuances around gender identity. I have not specialized in this aspect of aura reading and will cheerfully leave that to others. This aura reader doesn’t have to specialize in everything!

1/2 inch. Jared Leto has suffered so much around sex and sexual identity. It’s as though he has been smashed Humpty Dumpty-style and somehow put himself back together again. More than once.

At the time of this photo, the databank is numb, frozen with pain. Practical interpretation: Sexual integrity has become an area of “Who cares?”

27 feet. Fiercely loyal, she will fight for the one she loves. The sexual integrity is beautiful. It has much more of a sacred quality than Rayon’s spiritual integrity, actually.

So unlike Jared Leto, how Rayon’s sexual integrity displays in this chakra databank. It is an extraordinary, highly believable, moving kind of performance. The character of Rayon is rough as saw blades, yet so likeable.

The mega-famous actor and musician doesn’t have to worry about money, I suspect. But for those of us who do need to watch our finances, this chakra databank is a really important one to read before falling in love, marrying, or otherwise mingling your assets with somebody else.

1/8 inch. This chakra databank is in shutdown at the time of this photograph. Jared Leto doesn’t care about money.

Hey, that’s an understatement. Money is equated with materialism, for this actor. He doesn’t like it. He doesn’t want to be involved.

It will be interesting to observe what happens to Jared Leto’s finances over time. With this auric modeling he may not hire the best financial advisors. I hope some good karma fairy godmother, in human form, watches over Jared’s financial prospects. And the rest of his prospects as well. He is such a sweet man.

80 feet. Quietly prudent about money and careful to be impeccable with it, even  the drive to make financial choices that are socially responsible.

As with all the chakra databanks in this carefully constructed role, this is a fully actualized, very human portrayal. It is the exact opposite of the one-note, pretendy-type acting that I discovered in the Aura Reading Movie Review of another Oscar winning performance this year.

Chakra Databank Change Points: 7 out of 7

Jared Leto is one superb actor. That simple!