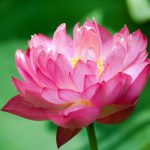 So often we beat ourselves up. It’s human, after all, while dealing with ever-changing reality here at Earth School.

Sometimes we beat ourselves up over choices we made, the apparent mistakes and shortcomings.

What can balance these concerns?

Also you may find inspiration in a story I can share with you today, courtesy of my brave client GLADYS, who gave me permission to tell you this story.

Removing frozen blocks related to “I am treated as if I am nothing.”

This was GLADYS’ goal in a pair of Soul Energy Awakening Hypnosis®  sessions, one yesterday and one today.

Early in that first past-life regression, GLADYS experienced herself as a sad Polish woman, dirt poor, already struggling to survive. In that incident, as ‘JOSEPHINE,” she was being turned over to the Nazis. A man in her village had betrayed her, which wasn’t surprising. Yet the act of betrayal stung nonetheless, mixed in with her terror.

During Soul Energy Awakening Hypnosis® , the client is guided into a depth state of hypnosis. Then the client experiences one incident at a time. The facilitator pauses that incident to permanently move out a major-intensity frozen block of stuck energy, one of 15 types of STUFF I have identified as central to the healing modality of Rosetree Energy Spirituality.

So GLADYS had an opportunity to permanently remove the terrible frozen block from this incident. As JOSEPHINE, she blamed herself bitterly for being blind to the danger, stupidly doing nothing to escape in advance. “I could have saved myself,” she felt, with a terrible bitterness.

(Like any frozen block, the problem is, this type of STUFF doesn’t end with the incarnation. If you reincarnate on earth, all your unresolved frozen blocks from previous lifetimes come back while your new body is developing in the womb. For as long as you have that frozen block, it can be triggered by any random incident. Until, and unless, that frozen block is removed for good.)

GLADYS is not the only client I have helped to release frozen blocks related to concentration camp experiences. Much of yesterday’s session, and also today’s, went into releasing astral debris from one horrendous incident after another — horrors that might seem to leave their mark upon your soul.

In contrast to how bad we can feel here on earth, spiritually the truth is quite different.  The soul itself remains inviolate.

Frozen blocks of energy get stuck in a person’s aura. That’s all.

That’s a lot, though, as every frozen block masks the true light of the soul.

Yet, as you Blog-Buddies know, STUFF can always, always, always be healed. All it takes is the appropriate skill set… and a client who requests healing.

Back at that very human experience, this Nazi prisoner was very vulnerable to having one frozen block after another imprinted energetically. JOSEPHINE was used for a sequence of revolting “medical experiments,” treated like a nothing who was used to help “develop medicines that could help real people,” the Germans.

After 2 1/2 years of torture and starvation, JOSEPHINE sat, ignored, while her doctors had a meeting. They determined that she wasn’t worth using any longer for experimentation. The arm they had been injecting with experimental chemicals now felt no sensations at all. Her face was swollen, with cheeks distended to five times their normal size. Other horrible side effects from their experiments were physically evident.

Without talking directly to her, or looking even once at her face, they signed an official document. JOSEPHINE knew what this meant. She would have to leave the “medical facility.”

In one of the worst frozen blocks, JOSEPHINE cursed her arm for “betraying her.” No anger towards her captors could be found, by then, in any of her frozen blocks. Instead this tortured woman hated her body. She blamed herself, and felt very little else.

On went the grisly saga, with pauses for removing one hideous frozen block after another. At the concentration camp, again and again, JOSEPHINE was treated like a thing — more exactly, a nothing.

In the final incident during our session today, JOSEPHINE stood in the gas chamber; the room was filled with women like her, naked and terrified. JOSEPHINE had been starved for so long that her skin was clammy and cold, tinged with a blue color.

What was Josephine’s final act on this earth? She hugged the woman next to her.

Describing that frozen block? “Partly this hugging was to comfort myself,” JOSEPHINE said. “But mostly I wished to give her support.”

I’ll admit it to you, Blog-Buddies. Hearing this, I cried.

Very occasionally during a session of past-life regression, some tears will quietly slide down my face. This time, I sobbed out loud. A first, probably.

I wept for the humanity of it, the humanity in a woman who was otherwise, by this time, quite insane. Her un-self-conscious humanity and deep kindness would not die, even when the last breath was leaving her body.

A surprise from that life review

One of the techniques used occasionally in Soul Energy Awakening Hypnosis® is to guide a deceased person into the life review and learn about what was accomplished spiritually in that lifetime.

Sometimes — not always — there are surprises.

This time, with JOSEPHINE’s life, there was a rather significant surprise. To paraphrase:

“Originally my life contract was designed for me to learn and evolve a great deal, being in that situation in Poland. I was learning so much that I asked to modify my life contract. This was given to me. At my request, I did not get out of Poland in time to escape the Nazis.

“It was worked out that I would not escape but, instead, experience the medical experimentation and the concentration camp. I am so grateful to have received this great blessing.”

Have you made the connection yet?

GLADYS didn’t make the connection, Blog-Buddies, when we started debriefing after she emerged from hypnosis. However, the connection was easy for me to make, given my decades as someone who facilitates emotional and spiritual healing. To paraphrase, in the last minutes of our session together I asked her:

“Remember that frozen block, from when you were first betrayed and taken by the Nazis? Remember how you blamed yourself, because you could have escaped? You called yourself “blind.” You were so disgusted with yourself.

“Well, you asked for that change to your life contract, right? Staying in Poland as you did, that was no mistake or fault of yours.”

GLADYS was startled to make this connection. It added another component of PUT-IN to the healing she had already received.

Such courage my client had, yet still blaming herself! So very human, isn’t that?

I marvel at that, how in this crazy inside-out Earth School, some of our most bitter experiences can later turn sweet.

Maybe that’s how it will be for you eventually, Blog-Buddies. There may well be gratitude eventually over some of the worst disappointments you have suffered in this lifetime.

Take heart! In the long run, life on earth is about learning. Hey, that’s why I like to call it “Earth School.” What do YOU call this amazing place?

During debriefing, GLADYS expressed to me how she felt a greater respect than ever before for every single person who dares to take on a human life. How different each of us is from the other, she marveled, fresh from the glow of that life review as JOSEPHINE.

GLADYS left that session with a lot of mystery solved, and so much old pain healed. Already her physical body felt quite different, so much more alive. Altogether she left that session feeling like quite a something.

For the sake of being responsible, I hasten to add a recommendation, Blog-Buddies. Do not, please, seek out psychic readings about your past lives. If you do seek out past-life regression, know that the facilitator’s techniques may not amount to much more than a psychic reading done under hypnosis. So protect yourself by using discernment as a smart New Age consumer.

The problem specifically is that frozen blocks may be triggered — which does not mean the same thing at all as having those frozen blocks permanently healed, including appropriate put-in to wake up your soul expression.

Sure, many of us are curious about our past incarnations. In my professional opinion, it’s better to put aside such curiosity until you can have a proper session of past-life regression that’s facilitated by someone with strong training to facilitate healing of frozen blocks.

I recommend having a session with someone trained in Soul Energy Awakening Hypnosis® or another modality that facilitates powerful healing. (That would include professional hypnotists who were formally trained by Coletta Long, Ph.D. — and who still use that methodology. Many of the students she trained have not continued to do this type of past-life regression, which can be quite demanding for the facilitator compared to other methods.)

Those in my Mentoring Program in Soul Energy Awakening Hypnosis or who have qualified, and where they live, plus how to contact them for an appointment can be found here. All such sessions are done in person.