Was Maureen McDonnell Really Crushing on Jonnie Williams? Only an Aura Reader Knows for Pretty Sure. 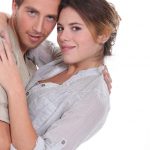 When is a crush not a crush?

This aura reading opportunity is just too fascinating to resist. The state where I live, Virginia, is dealing with its biggest scandal ever concerning a governor or former governor. Normally I avoid following scandal coverage, but I can’t resist peeking at news coverage of Robert McDonnell’s corruption trial.

His defense attorneys tried hard to arrange for separate trials for him and his wife, Maureen. Tried and failed.

Now federal prosecutors are aiming to make the case that the couple accepted lavish gifts and loans from “vitamin salesman” Jonnie Williams, in return for helping his company. When the trial began yesterday, Maureen McDonnell shocked onlookers by offering a “Crush Defense.”

Allegedly, her marriage to the governor was falling apart. Her secret love for Williams was so great, that explained (and excused?) her soliciting more than $150,000 in gifts in exchange for using the governor’s influence and prestige and contacts. While her husband, who had presidential aspirations not long ago, was so clueless that he couldn’t avoid the appearance of impropriety.

You long-term students of Deeper Perception know this:

Let the aura reading begin. Here’s a link to the photo I used for today’s aura reading research on Maureen McDonnell.

When you’re crushing on someone, it impacts this primal chakra databank. So here’s our first clue to claims of Maureen McDonnell being infatuated with Jonnie Williams.

18 feet. Definitely there’s a buzz of glamour in what it’s like, at the time of this photograph, being Maureen McDonnell. I notice excitement, almost a star-struck quality. To me, this is about making it bigger in the world of prestige and affluence. I don’t notice any special experience of the man standing so close to her, except that he might be her ticket to greater social prominence.

Never underestimate the ambition of a (former) Redskins cheerleader.

Aura Reading Databank at the Belly Chakra for Sex Drive

Having a crush normally includes a bit of physical attraction, doesn’t it? Let’s investigate what is going on with Maureen McDonnell’s chakra databank about libido as she stands next to Jonnie Williams.

Social status and prestige at this gathering cause the Governor’s wife to feel hopeful. Jonnie Williams may play a part in this haze of glamour. Yet there is zero interest, specifically, in him as a lover.

One’s crush does not have to attain “Soul mate” status for there to be a response at this chakra databank about human connection. “Soul thrill” is about what perks you up as a person. I think soul thrill is tremendously important for many practical reasons, especially personal growth.

Romantic relationships are not necessarily about soul thrill, but how could I not include this chakra databank. It may prove very revealing.

Fills the room. Maureen McDonnell really is excited. The cause? Apparently this party, or her relationship with Jonnie Williams, or both.

What about integrity and self-honesty in the professed “Crush Defense”?

Falling in and out of love — that can be about plenty of factors in addition to love. So I’m going to read three chakra databanks about Maureen McDonnell’s integrity at the time of this photograph.

Aura Reading Databank at the Throat Chakra for Self-Talk

For those of you Blog-Buddies keeping track, this is the first time I have read this chakra databank here at the blog. I chose this over the “Throat Chakra Databank for Verbal Integrity”(which has been read here often) in favor of a chakra databank that relates more to self-honesty.

7 inches. Wow, I’ve never read this chakra databank on a professional cheerleader before. I’m bowled over by how strongly positive, cheerful, and focused the self-talk is for Maureen McDonnell. She’s powerfully engaged in giving herself a pep talk.

To me, this self-encouragement isn’t true. It’s a project, much as folks sometimes use affirmations or positive thinking or auto-suggestion.

In this case, Maureen McDonnell is convincing herself that she can have more of what she wants. This self-talk is a stroking of her personal ambitions.

Nothing relates directly to Jonnie Williams; indirectly, Maureen McDonnell’s ambition is immense, and that certainly might include the object of her current ambitions. Governor’s office not enough for her? Maybe this man can take her life to the next level.

Incidentally, this chakra databank is under-functioning because a work project is in progress. The natural flow of energy for self-talk has been replaced with her efforts at self-improvement and, okay, self-deception.

This chakra databank reveals whether a person does what she says she will do. It’s the follow-up aspect of integrity, so useful for deception detection.

3 inches of chronic calculation. “What is this person good for?” and “What can I get from this situation?”

At the time of this photograph, Maureen McDonnell doesn’t do a thing unless she’s going to get back plenty.

Aura Reading Databank at the Root Chakra for Financial Integrity

For this federal corruption trial, how could I resist checking out Maureen McDonnell’s financial integrity? Especially at the time when she was, allegedly, crushing.

Flatlines at 1/8 inch. There are energetic subroutines galore.

Bottom line:  At the time of this photo, Maureen McDonnell has no concept of financial integrity.

If I were working hard, and creatively, to come up with a defense in this trial, the Crush Defense might be my best shot. When  one falls in love, the caring can be so complex. It IS possible to fall in love with a man or woman because of the glamour, the wealth, what that sugar daddy can give you.

And with Maureen McDonnell’s values and enthusiasms, it might have seemed like love to her. Especially in retrospect.

Will crushing prove to be a viable defense for her and her husband, the former governor of Virginia? In some trials, even insanity doesn’t win as a defense.