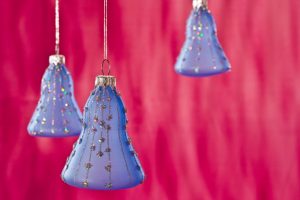 Over the decades, I’ve loved helping Energy Spirituality clients. And I’ve seen so much personal growth and spiritual awakening.

To such an extent, some have even moved into Enlightenment. Mainly this blog post celebrates them.

All humans on earth now are living in the Age of Awakening.

For some of us, what has helped a lot? Enlightenment Coaching from, well, me…. Rose Rosetree, the Founder of Energy Spirituality.

Below you’ll soon find a list. Featuring some of “ordinary” people-in-the-world.

But a Few Other Points Are Worth Mentioning

Even more important: Each of the people named on the following list had a very long history before encountering Energy Spirituality. Not to mention an even longer history as a soul before this lifetime. All of which definitely contributed to moving into Enlightenment now.

Among those listed here are spiritual seekers (and finders) from many different religious backgrounds:Energy Spirituality

Consequently, I Can Say with Confidence

If you observe a religion that inspires you, Enlightenment will improve it.

Or if you’re in “disorganized religion” more than the organized kid, Enlightenment will support you that way, too.

How about Diet? Do I Recommend a Special Enlightenment Diet?

Quite the opposite. In case you’re curious about diet… Thus far, one moved into Enlightenment as a vegetarian. While the others, not.

In short, eating “pure” has nothing to do with spiritual evolution. In fact, just the opposite can be true.

ENERGY SPIRITUALITY for Spiritual Enlightenment. Why Worth Listing?

Because Energy Spirituality is helping people to evolve faster. As a result, some of them are even moving into Enlightenment. For some, Empath Empowerment® has been extremely helpful. However, some of the folks on the following list aren’t empaths. And doesn’t that make sense?

Granted, this website features just one approach. Outside this informal online community, there are plenty of people not at all interested in Energy Spirituality. And, with no help from me, guess what? They’ve moved into experiences of spiritual awakening and, even, into Enlightenment.

Still, if my peeps can’t be named here, where can they be named? For those who are interested, I do serve as an Enlightenment Coach. This happens in the background whenever I facilitate personal sessions of aura healing and transformation, the workshops and mentoring programs, the books, and this blog itself.

So here comes a running list. Yes, Enlightenment helped by Energy Spirituality. Some day, YOU may be on this list. Which I’ll arrange chronologically.

#9. Sandra Haering. Significantly, after moving into Enlightenment she became an Energy Spirituality Practitioner!

#13. Elaine W., both a novelist and a photographer

#14. Amanda Flood. Notably, here’s one of her guest posts at the blog: A Day in the Life of My Body, a Guest Post by Amanda

#18. Gabrielle, who became an Energy Spirituality Apprentice after moving into Enlightenment.

#20. Bev Upshur. My first client in retirement to move into Enlightenment. Here is a blog post that tells a bit of her story, related to Enlightenment Coaching.

#21. D.G.* Remarkably, he’s my first client from India to move into Enlightenment.

#22. Christine in England joins our list. (Using a pen name, “Primmie” guest posted years earlier about being an atheist.)

#28. Charles, a therapist from America

#30. Holly, the first-generation American in her family.

#36. Living on Earth, courageously moving on her own to Canada. And when barely an adult.

#37. Gabrielle Easton (Before Name Alignment®, “Tatiana.”) Also, courageously moving on her own to America. And also, when barely an adult.

#39. Pediatrician Katie. Amazingly she attended the same school I did. As described in this story of spiritual awakening.

#41. Michael, in a service profession