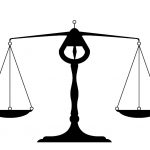 What is a balanced consciousness lifestyle?

Consciousness Lifestyles — let’s continue to explore what they mean in everyday life.

Today’s profile of Eric Betzig fits into a multi-part series of articles about how people get in the habit of positioning consciousness.

No mere abstraction, Consciousness Lifestyle creates big consequences for how we live, how rapidly we evolve, the friends we make… even the version of reality that we live in.

Eric Betzig, ever hear of him?

His ground-breaking work has brought optical microscopy into the nanodimension, according to the Royal Swedish Academy of Sciences.

In plain(er) English, the chemist just won The Nobel Prize, along with William Moerner and Stefan Hell. As a result of their research, people can now see objects in the nanodimension.

How much will you and I benefit from their development of super-resolved microscopy? Wait and see. But don’t wait to learn about this remarkable man’s energy field.

Today I am honored to research Dr. Betzig as an example of a person living in Consciousness Lifestyle, Human-Based Spirituality. He’s a local guy, works just down the road from me at Janelia Research Campus.

As a child in Ann Arbor, Mich., Eric Betzig told his family over and over that by the time he was 40 hed have a billion dollars and a Nobel Prize.

But Betzig was being a bit optimistic. Hes no billionaire and he didnt win a Nobel prize until Wednesday, at the age of 54. I failed on both fronts, more spectacularly on one front than the other, he joked by phone from Munich, where he learned the news about the prize while attending a conference.

Maybe some day consciousness scientists will research different patterns for sense of humor. My hunch for now? For the best jokes turn to those in either Human-Based Spirituality or Enlightenment.

In this way of living, the consciousness lifestyle is pretty well balanced. Mostly an individual goes about pursuing human desires, goals and objectives and relationships.

As a Consciousness Lifestyle, living in Human-Based Spirituality is relatively simple.

A person takes up to 20 daily minutes of Technique Time, tops.

Prepare to explore an aura with Consciousness Lifestyle 3

Which photo will I use for this exercise in Energetic Literacy?  Not Albert Einstein’s, although you are cordially invited to read his aura as well. (Even write a guest post, if you like.)

It is easy to find a photo of Einstein in the public domain. It was pretty difficult to find any photograph of Eric Betzig.

I’ll be using a technique for aura reading from photos that you can learn from my how-to Read People Deeper.

You can also learn the system of Aura Reading Through All Your Senses(R) from my book by that name.

There are over 100 practical techniques, in keeping with the book’s subtitle, Celestial Perception Made Practical.

Reading auras from photos isn’t included, but plenty else is. This how-to provides a comprehensive training that’s perfect for beginners.

Reading auras from regular photographs is just a slightly more advanced skill, almost ridiculously easy. Remember, when you have skills at energetic literacy, every photo is an aura photo.

Exceptionally curious. More like a two-year-old than an adult, with that irrepressible desire to know why? why? why?

Courageous about paying attention to what is, regardless of whether he personally likes it or not.

Emotions are not strongly involved in the way Eric Betzig makes contact with physical reality. In that sense, I am his exact opposite. (Researching this chakra databank on Eric Betzig is almost like going on vacation from the intense emotional life of being Rose Rosetree. Phew!)

8 feet. Eric Betzig is growing emotionally, just not nearly as fast as he grows intellectually or other ways.

Loyalty is key. This man is exceptionally loyal. The strongest way he grows emotionally at this time is through a very sweet (and stubborn) insistence on staying with his significant others. He insists on having authentic relationshp with people in his relationships, through thick and thin.

Evidently with him, as with other people who haven’t become caught up in The Romance of the Astral, his personal angel team works in the normal way:

That personal team of guardian angels and spirit guides automatically communicates into his subconscious mind whatever information is appropriate for him to know. Then the human being can decide consciously what he will choose to do and say, making use of his free will. Our angels do dramatic downloads or actions only when it is a matter of life and death, not as routine business-as-usual here at Earth School.

40 feet. Unsentimental love for the Divine, especially expressed through paying attention to life as it is on earth.

Wonder is present in this chakra databank, as well as a commitment that works like a matching donation special during fundraising week for National Public Radio in America. When he is given an insight (like money from a generous donor at WETA or WAMU), he matches it dollar for dollar.

That’s a simple work ethic that anyone can follow, spontaneously. The Consciousness Lifestyle of Human-Based Spirituality turns this down-to-earth way of living into a powerful path to Enlightenment.

Today’s aura reading doesn’t do justice to the genius of Eric Betzer. It would be lovely if he had a photo online of the precise moment when he made one of his extraordinary, inspired discoveries. Then I could research what was going on with him right in that moment.

Or if he were in the room with me, I could pull out an energetic hologram of that moment, stored within him. Then I could use skills of Stage Four Energetic Literacy to read that for him.

Same thing with anyone who accomplishes super-duper achievements. With Energetic Literacy, you have access to reading a particular person’s aura at a particular time on earth. Not the future. Not all ideas, not reading the Akashic Record (for real or just hoping to do so).

Here’s a link to a short video about Betzer’s scientific breakthrough.