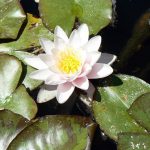 Not Expecting Householder Enlightenment by a Long Shot

I wanted to give my input because for me it’s really important, and it may help someone else along the way.

You connected with me about six years ago on a website or page that I haven’t been to in almost as many years. I reviewed some of your books and began reading your blog.

For me, that was the beginning of finding a way to move through what felt to me like a heavy life, slogging through the daily grind, trying to figure things out.

I felt I was existing back then. In truth, when I look back at those days, I was pushing through however I could, existing from day to day.

Now I realize how bad I felt energetically, while trying all kinds of different exercises and modalities in an effort to feel better.

As you know my history I won’t repeat it here, but merely say I had some loss in my life, some heavy religious upbringing, lots of frozen blocks related to this life and others in regards to personal and family issues. When dealing with family stress, with each episode I thought, “If I can just get through it, I’ll be okay.”

Now, I see how far I have come in this life, how I’ve matured into who I want to be. Celebrating is appropriate.

Through the years we’ve done many in-person sessions of Soul Energy Awakening Hypnosis® and phone sessions of Aura Healing and Transformation. I’ve read your books and benefited a great deal from your workshops. Of all your books, my favorite is “Become the Most Important Person in the Room: Your 30-Day Plan for Empath Empowerment.” It really resonated with me!

My life has improved tremendously through the workshops and phone sessions and in-person sessions. I love that you are spreading the word and have a mentoring program so your graduates can facilitate energetic healing. In the last two years my income has improved substantially since taking your “Magnetize Money with Energetic Literacy” Workshop and from reading the book.

So after all this time and experience working with you, you’d think I would be more accepting when you told me I had moved into Enlightenment. However, I remained disbelieving for almost another twelve months and then after several more Aura Healing and Transformation phone sessions I finally had an Aha! moment, and accepted that I had moved into this state.

All I had to do was look at the change in my life; a change that had happened over six years or so — but, most importantly, change that accelerated since 2013.

My first reaction to you telling me about Householder Enlightenment was surprise…  I said “What?”

And there was a sense of deep emotion.

After this Enlightenment Coaching over the phone, I read for a year or more.

Rreading all the other information and posts on your blog pertaining to Enlightenment.

I was like, “That’s not me or my experience — my life and thoughts are not all roses and smooth life experiences.”

That’s what I saw when I read these posts about Householder Enlightenment.

What also made it hard to celebrate or even recognize that I had moved into a higher state of consciousness? In the months following, some problems happened that just about sucked the life from me.

I continued my aura healing sessions throughout this time because they were a lifeline as I continued to move out STUFF.

[Technical point from Rose: You may know that, for the emotional and spiritual healing of Rosetree Energy Spirituality, 15 various kinds of STUFF have been identified. As that clutters up auras, any item of STUFF could be rated on a scale from 1-10. One of the grace-of-God aspects about moving into Enlightenment is that all your STUFF is knocked down to a 1. Still, evolution continues after crossing the threshhold into Enlightenment. And it is wonderful to move out that 1-rated STUFF. Even though relatively minor, it still bothers a person. This STUFF that remains is just like any other STUFF that’s emotional or spiritual or behavioral. In Rosetree Energy Spirituality, our motto is, “STUFF can always, always, always be healed.”]

Householder Enlightement or not, I felt like I was in some kind of flux. Things in my life were changing. And it felt darned difficult.

My most recent session with Rose had the healing centerpiece of the heavy duty technique she calls Vibrational Re-Positioning.  That helped me to finally acknowledge, and start celebrating. It was real, this new state of Householder Enlightenment.

What did I come to realize? This is MY experience of Householder Enlightenment. And it’s not like anyone else’s.

I did not seek Enlightenment. If I did think about it, I wasn’t really interested. And yet this happened.

My actions are still based on integrity.  And my view of the world seems pretty much the way it’s always been… but so much clearer.

That clarity is something I have come to celebrate.

Moving into Enlightenment, the gradual click, a guest post by KYLIE
Five Things I have learned from Enlightenment Coaching