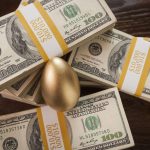 Many a new client says something like this, “I would like to earn more money. Help me to strengthen my Root Chakra.”

Mind-body-spirit healing can deliver a lot, but not when we pursue an approach that simply can’t work. Definitely the case here, although, this “Strong Root Chakra magnetizes more money” is one of the most popular cliches in New Age. Not only popular with Abraham-Hicks and “The Secret” but common with energy medicine approaches like Reiki.

Here I’ll explain what this doesn’t work, can’t work, and what would work better to help you make lots more money in 2015.

Let’s go into one assumption at a time that makes this approach cause problems — not bring solutions — for gaining more wealth, success, and prosperity.

People don’t make more money because they are better machines

What is a chakra, anyway? It is part of your energy field, your aura.

To improve how your aura and chakras work, there are two main approaches.

If you want to be a healthier physical specimen energetically, go to a reputable practitioner of a form of energy medicine. Definitely! It’s your best choice.

Just don’t expect that better health of your energetic machine will translate into money. That’s simply not true.

I have had clients who were professionals in every one of those energy medicine fields just mentioned. They had gained loads of benefit, down to their mighty Root Chakras.

Making money depends on ways that you are NOT just a machine.

Like your behavior. Your inner confidence. When you set goals and then follow through in objective reality.

Which is why those fine physical specimens that you see at the gym aren’t necessarily rich or successful. Nor, if you look at photos of the richest people in the world, will you see folks who look like movie stars.

You may know, I have done extensive research about what helps people to really make money, and published my findings in a self-help book, “Magnetize Money with Energetic Literacy” This offers “10 Secrets for Success and Prosperity in the Third Millennium.”

Aura healing really can help a person to make more money. However, that would be aura healing which directly impacts behavior, confidence, etc. Energy healing that solves inner problems related to wealth and success.

For the approach of Rosetree Energy Spirituality, we practitioners identify subconscious STUFF — astral-level garbage stuck in a person’s energy field. Our personal sessions of Aura Healing and Transformation use human-reality language for the conversation.

An intention for a personal session is not going to be “Strengthen my Root Chakra.” It might be “Make more money.” Or “Trust people more at work.”

I mean, really, which way would you prefer to get results, in chakra oomphies or money that you can actually use for buying things?

One client, GLADYS, came to our session after years of frustration. Despite her high hopes, GLADYS’ business had brought her a ridiculously small amount of money.

Well, within a week of our phone session, she emailed to let me know that a new client just paid her many thousands of dollars.

You know, this is one especially fine example of what can happen with emotional and behavioral improvement, starting from the level of your aura. As it says in the car commercials, Your actual mileage may vary.

The point is that when you’re a stronger person and you position consciousness appropriately — in reality rather than some dreamworld populated by dreamboards, etc. — you are way more likely to make physical, real-life money.

And, speaking of dreamworlds and fantasy approaches, however well-meaning…

How about the Law of Attraction idea that energies are ultimately what makes money?

I think there’s some truth in there, but it sure isn’t anything you will find in The Secret or Abraham-Hicks.

Do people make money because their auras are so gosh-darned special? Or because they believe so powerfully?

Nah! And one of many ways to clear up that myth is to go back to that idea at the top of today’s post: “I would like to earn more money. Help me to strengthen my Root Chakra.”

If you’re treating the body like an energy machine and fixing it, sure, Stage Two Energetic Literacy is all a practitioner needs. Is that entire Root Chakra open or closed?

However, that’s not enough if you’re helping a person like Client JOE to heal emotionally and spiritually and behaviorally. Any practitioner of Rosetree Energy Spirituality has full, Stage Three Energetic Literacy. We can read auras well enough to tell how different chakra databanks are doing, such as:

Actually there are 47 other chakra databanks in the Root Chakra alone.

We’re not just energy machines, are we? What if there is a problem with any one of the three above-named chakra databanks? That could keep JOE stuck in his career, underperforming. So my approach in a session with JOE would be to move out STUFF that causes problems with the related aspect of life. “Trusting people,” for instance.

To be even more specific, what happens in the initial assessment during a session of Rosetree Energy Spirituality? Keeping in mind JOE’s intention for that particular session, the practitioner reads JOE’s aura with Stage Three Energetic Literacy supplemented by knowledge of 15 different kinds of aura-level STUFF. A Healing Centerpiece is selected to move out STUFF permanently, then add PUT-IN to express JOE’s soul better.

What happens to the related chakra databank in distress? It will most likely show improvement by the end of the session. And so will plenty of other chakra databanks related to the same aspect of life.

Think about it. If JOE has patterns of STUFF around trusting people, wouldn’t that show up in plenty of chakra databanks besides that one in his Root Chakra? Like the Heart Chakra Databank for Emotionally Trusting People! The Throat Chakra Databank for Communicating at Work!

Human beings are more than machines, at least when it comes to making money. When JOE’s energies have less STUFF around not trusting people, his behavior will change for the better. And that’s what will bring him more success.

Auric modeling is a factor, too

Just to add one more idea, yes, there is such a thing as auric modeling, the subconscious impression left on others because of how your aura is doing emotionally and spiritually.

This can’t be fixed in a mechanical way. If JOE doesn’t trust people, for instance, that will show to his boss and his co-workers, etc.

Auric modeling doesn’t exactly attract people, as if Harry Potter were to apparate in JOE’s office because JOE’s fabulous aura is now legendary throughout the galaxy.

However, folks who do business with JOE — ordinary muggles — will subconsciously respect him more. If JOE adds to that good impression by doing good work… now that’s how to make more money.