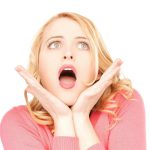 Worried about a draining personality?

Today we continue our series on protecting yourself from difficult people, a.k.a. draining people, toxic personalities, energy vampires, psychic vampires, narcissists, or just plain “somebody difficult.”

Why do new fears emerge now about contamination by somebody else’s energies? When you live has a lot to do with it. We’re still getting used to the new Age of Aquarius, whose defining characteristic is this: All humans can notice energy more easily.

You may not go to the extreme of fearing a “draining person” or scaring yourself with similar names that grew popular in the decades leading up to this Age of Aquarius.  Yet you still may feel uncomfortable around certain people’s energies.

What can you do about that? How can you best protect yourself?

In today’s Part 5 of a 6-part series that began here, we’re going to take a especially practical approach, by way of a teaching tale.

GLADYS is a sweet client who has had many sessions with me off and on over the past several years. She’s spunky, smart, and a survivor who is committed to personal growth. Besides that, she’s caring, with beautiful integrity and deep Christian values. It doesn’t hurt that she’s very pretty, too.

Yet she has made choices that recently resulted in big drama with a “Draining Person.”

No matter what we believe, choices have consequences

Here are some of the choices that GLADYS made before the dramatic part of this teaching tale:

Well, GLADYS has been struggling ever since. The child is a hard one to raise. Finances are bad. Single mother life is really, really hard.

GLADYS has been having sessions, off and on, of Rosetree Energy Sprituality. A good choice, in my opinion. 🙂

When she made the aforementioned choices, maybe GLADYS wasn’t thinking ahead, or she thought that just because she loved God so much, God would magically rescue her.

Well, this is Earth School. We asked to be here. In any human lifetime, guaranteed, we will deal with our human choices. Consequences will follow, and usually they wind up being harder than we anticipate.

Personal development can help us a lot, especially if we approach it as smart New Age consumers.

But our favorite healer or teacher still won’t make pigs fly. Or command said pigs to bring buckets of money to your doorstep every Friday night.

Then came some drama

That would be BIG drama. Because the life of a single mom, especially taking care of someone like very intense little JOE, includes plenty of drama every day.

I didn’t hear from GLADYS for a while. Then she contacted me yesterday, in a panic.

Evidently GLADYS had gone through a rough patch. So she consulted a pretty far-out psychic.

That desire for a shortcut, or a reassuring answer, was so strong for GLADYS.

Unfortunately GLADYS didn’t receive inspiration. The psychic muted GLADYS’s voice on the phone reading, so she could not say a word. The psychic predicted a lifestyle that sounded horrible to GLADYS, although the psychic seemed to find it terrific. Then the psychic topped off this unsetting set of predictions with an energy attunement that was supposed to help.

GLADYS freaked. It was as though…. wait for it, Blog-Buddies… she had been attacked by a draining person, someone like an energy vampire or psychic vampire.

Please note, I recount this teaching tale with tremendous sympathy for that sweet person, GLADYS.

Talk about The School of Hard Knocks! Sadly, GLADYS had made some recent choices that had consequences.

Afterwards GLADYS brought me her sad story about how scared she felt that all this was coming true. Well, of course she felt scared. She had made several pretty bad choices in a row, and every one of them had consequences. Including that now she felt scared. But this was not because the psychic was terrifying and oh-so-draining!

Incidentally, this blog has repeatedly warned against receiving energy upgrades, transmissions, attunements, and initiations etc. Because in the Age of Aquarius it is quite common for people who do such things to be suffering from an extreme spiritual addiction. If you never read that warning before, well, Blog-Buddies, you’re reading it now.

Part of the skill set in Rosetree Energy Spirituality is helping people get over the virus-like consequences of dealing with people in extreme spiritual addiction. We do this one session at a time. Any of the Energy Spirituality practitioners at this link can help, not just me. This requires technical skill, after many hours of rigorous training; it’s not a do-it-yourself job for hobbyists….

Meanwhile, what can GLADYS do, now that she had been given this horrible scary prediction?

That survivor GLADYS can dust off her street smarts and start using them again.

GLADYS has chosen to book a couple of sessions with me. Energy spirituality can’t undo all the choices GLADYS made or instantly vanish the consequences. But together we can do one session at a time to remove STUFF from her aura and PUT IN what serves her better as a sensible, stable, practical human being.

You know, supporting her human life. Not promising a magical upgrade.

From GLADYS’s story, it sounds as though she chose a psychic who is in extreme spiritual addiction. This isn’t some random person considered “draining” but a practitioner who is is proud of collaborating with far-out energies. Well, hello! Astral energies are receved faster and harder now than before the Age of Aquarius. Avoid any such collaborations with extra-terrestrials, advanced spirits, or other fancy sounding astral beings.

You can co-create with God, you know. Or you can stick to human help. Two good choices. By contrast, astral beings can be really iffy to work with, especially now.

So else how can you become a smart New Age Consumer?

Free will can be used freely. And intelligently.

To avoid being vulnerable to difficult people, or to so-called “toxic, draining personalities,” use the awesome power of your free will.

For a single mother like GLADYS, there can be struggles for years or even decades. Even when she is doing her best. And that’s just how it is.

What if accidentally you get involved in some horrid conversation or psychic reading?

Again, free will to the rescue:

Don’t believe in that stupid prediction.

Get back into reality and do the sensible human things that can make you effective in life.

Overcoming challenges in the Age of Aquarius, a guest post by DON
Aura Reading Tom Hanks for Inspiration