What is the Age of Awakening? 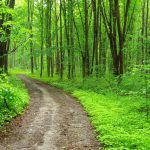 Following your path in the Age of Awakening

Polls before that mystical date confirmed that millions of people were very, very worried that the world was going to end. Others of us were expecting heaven to touch down like a very successful football pass. And then you know what followed, right?

Did the sun refuse to shine? Did the moon turn red with blood? Nope. And the saints didn’t come marching in, either, as in the old song.

Consequently most people forgot how they had expected anything special. What big change?

Well I’m here to tell you that plenty has changed for all of us bipeds striding the earth.

Still, What Are We to Call It?

Old names have seemed awkward, not doing justice to that big change.

Not everyone living now is a New Ager. I haven’t been for decades. I consider myself more a Post-New-Age teacher and healer.

“Heal Your Body” by Louise Hay thrilled me when it first came out. Affirmations were a revelation. I loved reading books by Unity ministers like Catherine Ponder.

This happened, of course, back in the 1980’s. It was part of the ramp-up, amp-up to The Shift into this new age, the Age of Awakening.

Maybe you lived through at least some of that time, Blog-Buddies. The veil grew ever thinner. It became easier than ever for ordinary people to access the astral and psychic experiences that, for centuries, had been inaccessible. Some of us even began to read energies on purpose. I know one woman, for instance, who spent 6 1/2 years writing a book called Aura Reading Through All Your Senses. That was begun at the end of the 1980’s.

I remember hearing a brilliant speech by the late publisher Jeremy Tarcher. When he spoke at the annual convention of the American Booksellers Association, he boldly predicted that the “New Age” category in bookstores would soon disappear.

Why? Within decades, Tarcher said, every single new book that was published would be a book of the New Age

How my heart thrilled at the prospect. Because, back then, I believed in the promise of the New Age.

Enter the Romance of the Astral

Unlike that idealistic picture that once inspired me and still may inspire many others, what actually happened with New Age spirituality? The outcomes haven’t been pretty, not to this aura reader.

With the rise of Hay House came interest in angels, big interest. An interest that, for many, is now tantamount to worshipping angels. This has led to a big social problem that I call “The Romance of the Astral,” an emphasis on otherworldly and energetic solutions to human problems

Based on aura-level research that I have done helping clients, millions of hard-working idealists began to develop spiritual addiction. Instead of moving more rapidly into a higher state of consciousness, as hoped, they become relatively stuck spiritually. Sadly, they also became relatively ineffective humanly, living a mere fraction of their full potential in life.

What came as the next big thing in New Age? Channeled writings of Abraham-Hicks. By then, people already in spiritual addiction were living the financial consequences: Diminished earning power.

This coincided with economic problems in America, and elsewhere, toward the end of the century. Before Y2K and ever since, the income gap between rich and poor has been growing exponentially. No wonder so many spiritual seekers became desperate and sought relief through Law of Attraction practices.

Sadly this has only deepened spiritual addiction. Does all this come as a new and unpleasant idea to you, Blog-Buddies? Then I invite you read a very thoroughly researched how-to book about making more money. Making money in reality, not on a dreamboard.

So Much Is Different in This Age of Awakening

Although millions have continued to be fascinated by psychic-level practices, another trend began developing after The Shift: Spiritual seeking with an emphasis on Self-Realization.

Millions of people became actively interested in pursuing Enlightenment, a higher state of consciousness that lasts. Enlightenment even expands, over time.

With the psychic barrier gone, after 12-21-12, it became common for people to have spontaneous moments of awakening, beautiful experiences of Divine vibrational frequencies.

Some spiritual seekers believed awakening meant the same thing as Enlightenment, a state in which somebody is spiritually awake.

However, that belief is an illusion. Awakening does not mean long-term “Spiritually Awake.”

Energetic Literacy skills sure smash that illusion right up. For instance:

Unfortunately mainstream culture has begun to celebrate illusions like these. Which is why people like me, and maybe you, are distancing ourselves. We have gone Post-New-Age.

It’s Time to Properly Name this Time in World History

I’m calling it the “Age of Awakening” because of… all the spiritual awakening. Celebrating the luscious and lavish potential for personal growth!

Blog-Buddies, how do you like living in a new age that is NOT about Romance of the Astral! Or spiritual addiction! Or trying to make money in ways that do exactly the opposite of what has been promised!

What are your dreams for this Age of Awakening? Social dreams. Relationship dreams. Sexual dreams. Knowledge dreams.

Of course, living at this historic era on earth, you may have more miraculous dreams than you can even name right now. May they all come true!

Why Can’t We Fully Understand How Enlightenment Will Be… Until It Happens?
Please, Please, Please Do Not Confuse Energy Fascination with Being an Empath

Rose Rosetree
Founder, Rosetree Energy Spirituality
Your comments are welcome here.
As of 3-31-21, we have 78,000+ Discovery Moments. Thanks, Blog-Buddies.