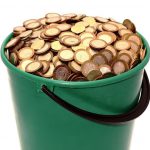 Aura reading Kanye West, so rich and famous. Famous for what?

There’s sure something about Kanye West. People are immensely curious about this celebrity.

In 2007, I did an aura reading of him, “Daring to Be Kanye West,” which was followed up by a Kanye West face reading.

And then he was nominated by Blog-Buddy CATHY in our most recent contest, What Could Possibly Make This Person Tick? She wrote:

I would like to nominate someone that, frankly, I cant stand! Kanye West.

The guy comes across to me as a completely egocentric jerk who is in love with himself and his fame.

An aura reading might sort out if this is just an act? A persona he puts on? Why do people like him?

The things that come out of his mouthreally, he should just never speak. As in never.

From rudeness-ambushing Taylor Swift at the VMAs-to things like Sometimes people write novels and they just be so wordy and so self-absorbed. I am not a fan of books. I would never want a books autograph.

Why do people like this guy? Here are some of the other classic things he has said, which I think is a strong clue about how he thinks.

Just for the record, I have never heard him sing, nor have I ever looked for news on him till now. He keeps showing up in my fb feed from other people all the time!

Although I really like Kanye West. Sure I wouldnt be friends with him but I do like some of his music and I can see his point about Beyoncé being (criminally!) overlooked at nearly every music award show.

I dont find him particularly more grating then other very self-confident stars. Theres also the aspect of the music industry where black artists are undervalued and their work appropriated and Kanye talks about this a lot. How its Ok for white artists to consider themselves geniuses but a black man cant have that opinion of himself. Even when ego-centric White Rock Stars and divas are the norm in the industry.

Trudy (who writes very well on these topics) wrote about this on her blog.

Just not doing a Skilled Empath Merge! Initially I wanted to. CATHY is my fellow administrator at my Empath Empowerment® Skills group on Facebook. My inspiration there, CATHY has been offering me generous and invaluable help with my first FB group ever.

So I thought a Skilled Empath Merge would be fun. And fitting.

But once I took a peek —  nice and surfacey — at Kanye West’s photo? Ugh, I cringed.

Skilled Empath Merge is even more personal than doing an aura reading. Why subject myself to that?

Yes, empaths, I’m sharing my thought process here because some of you are still learning about what it means to be sensible, skilled, and healthy as an empath. Unlike many who aim to coach empaths, I definitely do not believe things like “being an empath means randomly feeling other people’s feelings.” Or that empaths have a big sacred obligation to feel everything about other people. Skilled empaths certainly don’t do this!

So I recommend that you might wish to read Kanye West’s aura but please don’t do a Skilled Empath Merge. To research him on your own, scroll down to the end of today’s article for nuts and bolts, including the photo used here today.

I’d recommend you do that before reading my research with energetic literacy. That way won’t be influenced by it. Your perceptions are equally important as mine. We’re all learning about how to use energetic literacy for exploring the multi-faceted diamond that is ANY human soul.

As you may know, Blog-Buddies, at a subconscious level everybody reads everyone else’s aura. That’s called “auric modeling.” Kanye West’s can be comforting, even empowering, for his fans.

Note: At the time of this photo, Kanye West is exaggerating his toughness. And why not? Isn’t a certain tough, unrepentant nastiness his brand?

22 feet. Pride in expressing himself with “brutal honesty.”

Isn’t that a curious thing, Blog-Buddies? IMO “Brutal” is not really a flavor of honesty. It is a flavor of brutality. Honesty simply means being interested in the truth. Verbal integrity means telling the truth.

So many versions of truth are available. In this chakra databank Kanye West is clearly positioning himself within vibrational reality at the very lowest frequencies available to life on earth. That’s his market. That’s his appeal. More on that in a blog post to come.

Another note: Of course, Kanye West is posing in this particular photo. Not singing. Not performing, except for delivering his photographic performance as a tough, angry, powerful man who doesn’t bother to act nice. If he were singing, a great deal of charisma might flow. But not now, at the time of this aura picture.

80 feet. A tough follow-through is promised. The quality here suggests that Kanye West is fully ready to take his anger to the next level. If he says he will punch you, watch out. Get your bandaids ready.

Again, the showing at this chakra databank helps to explain Kanye West’s appeal. A delightful auric modeling is shown here, delightful to some.

His willingness to act out would be especially appealing to anyone who has been oppressed, slow to act, weak in action, timid, never quite expressing personal anger fully. Kanye West’s auric modeling could also be very reassuring to fans who are spaced out, like potheads and the spiritually addicted.

What else is very strongly in evidence, researching this chakra databank? Yet again, this is a performer’s act: Exaggeration of part of Kanye West’s nature. This quality is pushed and stoked and altogether packaged for consumer enjoyment. Much like Lena Dunham’s supposed artlessness and vulnerability and willingness to be “authentic.”

In this chakra databank, Kanye West is pushing his brand of toughness. Not that different from the old macho movie stars Jack Nicholson or John Wayne. Only Kanye West shows even more of a bad boy edge.

I agree with EMILY and the blogger cited by her earlier in this article. To put it my way, with Kanye West-style bluster coming from an African-American, it can push buttons in collective consciousness about angry black men (supposedly wrong to be rageful) in contrast to angry white men (supposedly safer, even noble).

When will that part of America’s collective racist nightmare be over?

5 feet. Kanye West feeds on human hatred, just as (in some other incarnation) he might have been fueled by God.

This part of his auric modeling isn’t an act, either. More of a habit.

Where connection to Spiritual Source might be, where inspiration might dwell, what shows up instead? Kanye West longs to inflame hatred.

Hardly the first celebrity I have researched at this blog who has come in on the Ray of Shiva!

Comedians and rappers often display their desire to destroy what isn’t true. And we love them for that.

Iconoclasts can stir things up beautifully! They can serve a really important purpose, too. In the bird kingdom we need vultures, right? Not just pretty peacocks and soaring eagles.

Life on earth requires that there always must be a smallish proportion of us to specialize in removing, not creating and not maintaining.

For Kanye West, inciting rage and violence is a valuable form of cleanup, something he finds personally enjoyable as well as a spiritual value.

This over-functioning chakra databank is rippling with glee. He’s loving the fame. Loving his role.

Besides the play-acting, Kanye West is also observing himself… and the role that he plays.

Like many a disruptor, chaos-creator Kanye West enjoys manipulating people. He’ll do what it takes to get his way. Get his fame. Get what he wants.

And if you don’t like it, that will only add to Kanye West’s enjoyment.

Which might be the aspect that troubles CATHY. I can relate.

Kanye West’s detached glee, laughing at everyone, is the part that troubles me. This is different from coming in on the Ray of Shiva. It’s the essence of wickedness, quite an interesting way to have a human incarnation.

Anger has always been a powerful way to brand a performer. Because:

Beyond that perennial appeal, America now happens to be riding a wave of rage — fairly common at this time in history in many parts of the world.

For example, Donald Trump is beloved by many as a counter-culture political voice who dares to speak the truth. While others fear that his version of bad-boyness is emboldening white supremacists to a more public hate speech.

Whatever happens with Trump’s political strivings, he has already had great impact on hate speech in public, with many now repackaging their racisism as “White Nationalists.”

Kanye West has a part to play in today’s ongoing drama around destruction, releasing, power, hatred.

So do you and me.

Shining some light in everyday life, feeling some love when it’s genuine, living and speaking in a thoughtful manner — that is another way to participate in these interesting times, sorting out how best to live in the Age of Awakening.

What if you want to read Kanye West’s aura on your own?

One way or another, it’s fascinating to apply energetic literacy to controversial Kanye West.

Sandra Haering Has Qualified as a Professional Energy Spirituality Practitioner
Mystery Solved about Rap Music, and How Kanye West Changed. A Guest Post by LEO