Candid Thoughts on Rap. A Guest Post by ISABELLA C. 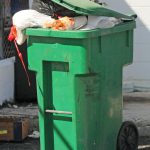 What is the impact on your aura of garbage in the form of music?

Rap music may well impact your energy field, whether you purposely listen to it or not.

Yesterday we heard a Millennial male share his thoughts about rap music. Today a Millennial female speaks up. I’d like to hear from more of you Blog-Buddies on your reactions to Kanye West and, beyond that, rap music in general.

As a smart Post-New-Age consumer, that matters to YOU. Performances do impact you, all the way down to your aura.

STUFF can result. Frozen blocks can be deposited. And, of course, listening to any performer with interest for a minute or longer will almost always result in your having a cord of attachment to that performer. As well as a spiritual tie. However large. However lovely.

You DO know what the exception is right? About why you might not have a cord of attachment to that performer.

Toss your answer into our COMMENT box below, Blog-Buddies. Hint: Very likely, the answer is not what you’re expecting.

And if you care about protecting yourself energetically, whether you like rap music or not, you have skin in this game.

Whether you’re a Millennial or not, you did not grow up in a time before radio. Or sound recordings. Entertainment is not just done by the wandering minstrel or the great travelling storyteller who visits your village every few years.

You’re not just entertained by performers at your local church, or the rare concert. Back in the day, music would have been made locally, by people you already new. But now? Haha. Your energy field is being impacted constantly, even by entertainment in the form of “commercials.”

All of these performances impact your aura, like it or not

I get it and I sometimes enjoy rap. Im young enough to have grown up with it.

The persistent misogyny is hard to take, though. Just this morning, in my car, I heard a line that went something like, So big its like you got a foot in your mouth. Said very menacingly and with a subtext of hatred.

Casual entertainment? As a woman, Im supposed to just laugh it off or Im accused of having a stick up my ass?

And even speaking up makes me some kind of severely unnattractive feminazi? Please.

Yes, I can turn the station, and I did. However this stuff is often blasted in public spaces and is highly influential on young people.

Sticks and stones may break my bones, but whips and chains excite me

Id heard the song a million times. In grocery stores, stadiums now in my gym. I felt incredulous. Is this Sodom or Gomorrah?

Rihanna and Eminem also have a song about loving your abuser, I Love The Way You Lie.

Some of this garbage is ridiculous, and when I hear it played over and over I am baffled that there is no controversy.

I knew a woman who would listen to the Kanye/Jay-Z song Ni**as in Paris every morning before work to get pumped up.

I liked that song as much as the next person when it came out (even though I would always turn it down during a particularly awful Kanye verse), but I found it sort of horrifying that someone (especially a female) had the kind of life where that was first-thing-in-the-morning kind of music.

That would brutalize my nervous system. Ugh.