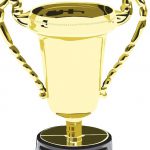 Remember this? A Contest to Celebrate 27,000+ Comments at the Blog

The winner has been selected, LORI RUBENSTEIN. Together we have set a date for her to claim her prize, receiving a personal session of Thrill Your Soul Aura Research. This will be recorded for all to hear and enjoy.

Announcing this, I also have an opportunity to share with all of you one of the themes that you’ll be reading about here at the blog in 2016: Moving forward with using deeper perception in practical ways that work best (seems to me) in this Age of Awakening.

Is This Idea New to You?

Perception has been changing, especially since the Age of Awakening clicked into place on December 21, 2012. Rosetree Energy Spirituality (RES) includes techniques for energy READING skills and energy HEALING skills that work well in this age.

At first it might seem ironic: These skills are not transitional into the New Age. Rather, we are now in that age. That difference matters. Here’s how it seems to me.

Over time it will become increasingly clear in mainstream society that the New Age years, from 1980 until 12/21/12, included important ideas and techniques to help humanity transition into this Age of Awakening (a.k.a. Age of Aquarius). So many of us were helped by these resources, myself included. I am deeply grateful for New Age teachings that helped me back in the day.

But now we’re have arrived. This Age of Awakening has different vibrational rules, compared to the previous era, as I’ll be explaining in the book that I will be publishing later this year.

Long story short: Beliefs and techniques from those transitional New Age years… just don’t work well for us now. Human beings do better with Post-New-Age knowledge and skills. (Including RES, which came in bit by bit, and ahead of its time, but is now OF this time, APPROPRIATE for this time, and EASIER TO USE than decades ago because we are now living in this time of Awakening.)

Reading auras in depth and detail, down to the level of chakra databanks, can bring such clear perspective, resonating as true and practical. Thrill Your Soul Aura Research is especially helpful for sorting the wheat from the chaff. May you gather a good harvest!

Incidentally, I have a blog post a’coming next that aims to clarify differences between energetic literacy (especially helpful for this Age of Awakening) in contrast to aura reading, as tied into the New Age fascination with psychic development.

Why I Chose This Particular Contest Winner

Back at our Contest to Celebrate, LORI’s Comments 18 and 19 fascinated me. As the founder of RES, I saw such scope for showing the power of Thrill Your Soul Aura Research, a form of aura reading research, which is very different from New Age teachings about spiritual growth — some of which were beautifully expressed in LORI’s contest entries.

You’ll see how this plays out in that Contest Prize. What will she — and I — discover about the impact of various research items on her chakra databanks? We’ll explore astral-level energies and also also the implications for LORI’s subconscious mind. Just fascinating, Blog-Buddies!

And then there is a second, completely different, reason that has me so excited about doing this Thrill Your Soul Aura Research on this particular contest winner!!!!!!!!!

Do Choices Matter for People in Enlightenment?

You bet they do. Yet traditional teaching about Enlightenment tends to ignore the human life. These days I’m calling that traditional model “The Simplicity Version of Enlightenment,” with its understandable emphasis on consciousness. Historically, exploring beautiful states of consciousness has been linked to a lifestyle of renunciation.

Householder Enlightenment! Where emphasis remains on human life, even after crossing the threshold into a higher state of consciousness.

I believe that an understanding of Householder Enlightenment must emerge now, because this is the age’s happening potential: Enlightenment as an attainable state of consciousness for so many of us in this Age of Awakening.

We’re beginning an unprecented time on earth, when millions of people are going to be able to move into Enlightenment and do it as householders.

No wonder, more knowledge about Householder Enlightenment will be a second big-deal theme at this blog in 2016. (Other themes will be every one of those blog categories you can read on the left column of this screen. None of them is going away. Trust me.)

Speaking of Themes at This Blog

Come to think of it, in 2015 the theme was Empath Coaching.

Yes, 2015 had a big theme of Empath Empowerment. Well this year, it’s time for understanding more about how to live in the Age of Awakening.

Well, our contest prize is going to a woman with that state of consciousness.

Did Any of You Blog-Buddies Recognize LORI from the Enlightenment Life List?

Towards the end of 2015 I added LORI onto my Enlightenment Life List. How did I describe her there?

“Lori Rubenstein is a Forgiveness Teacher who also works as a relationship and divorce coach/mediator. Here is a link to her book on Forgiveness.”

LORI’s contest entries were her first comments ever at this blog, I think, although she had done a super radio interview with me years ago.

So here’s another exciting aspect of doing this research on LORI RUBENSTEIN of all people, research that will be recorded for you to hear:

Folks in Enlightenment still must make choices. Freedom of choice matters especially if we’re living Householder Enlightenment rather than The Simplicity Model of Enlightenment. With the latter, our human-level lives still matter A LOT.

Personally I have done plenty of RES sessions — including Thrill Your Soul Aura Research — on people who have crossed the threshold into Enlightenment. But you Blog-Buddies weren’t there. With LORI’s contest prize, you will be. At least, when listening to the recording we make.

Our recording date for the Thrill Your Soul Aura Research is soon. Blog-Buddies, I’ll let you know when that link goes live.

About our last contest of 2015, last but definitely not least: Big thanks to all who entered that contest. Each and every entry was an inspiration.