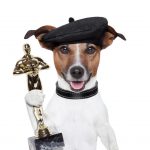 Not every oscar winner has to be white

Help me decide, Blog-Buddies. You may know that every year I research several actors and actresses, starring the special kind of energetic literacy that I use to probe how deeply actors inhabit their roles.

These aura reading movie reviews explore which performers change so much in their roles, it even alters their auras. (Easier said than done. Literally.)

Only world class actors manage to change so deeply that complex characters are created with radically different ways of functioning subconsciously, altering their energy fields all the way through to their chakra databanks.

Researching that is a delectable treat, so many of you join me in looking forward to these special aura readings, done every year.

This year’s blog articles will be no exception, except for… two exceptions.

1. Academy Award Acting Nominations Only for White Faces? Why?

In 2016, the lack of diversity among Academy Award nominees is outrageous. So I’m going to make an exception to the usual tradition of doing aura reading film criticism about only the year’s chosen nominees.

I stand with others who care about acknowledging diversity in American society. You know, the USA, a country that was majority white once upon a time. But now only barely.

Already we’re a becoming minority-majority nation. By 2020 more than half of the nation’s children will come from a minority race or ethnic group, according to the U.S. Census Bureau. And it is expected that by 2043 America will no longer have a white majority.

Even if the country’s demographics weren’t on the side of diversity, I am. As usual I WILL research some of the Academy’s nominees.

But this year I’d also like to include consideration of performers who weren’t nominated for Academy Awards. Such as?

But which ones to select? Please help me decide, Blog-Buddies.

2. This One-Week Contest Invites YOU to Choose Which Performances I’ll Research

How many aura reading movie reviews will I do in advance of the Oscars? At least five. But definitely not all of the official nominees, plus the aforementioned add-ons. So you can help me to choose.

Could be somebody from that bulleted list you just read. Or one of these:

How to Enter this Contest

To participate you don’t have to have seen the performance. Maybe you just heard enough buzz to make you curious.

Our most interesting and most popular nominations stand to win. And then, of course, we’ll all win, relishing those aura reading film critiques that follow on this blog.

Cicely Tyson's Generously Empowering Aura
From a Spiritual Perspective, Why Is There Autism?