President Obama — How His Aura Has Changed 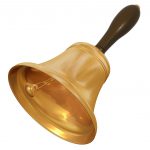 Aura readings can tell you a powerful truth.

Have you seen this shocking pair of photos? It compares President Obama’s face at his first State of the Union address to how he has looked this January. Thanks to Blog-Buddy ISABELLA C. for flagging this in her Comments 8 and 9 at this blog post.

Why did I wait so long to respond? Because I opted to write a magazine article on the face reading changes. After my Energetic Literacy column is published in the Spring Issue of Pathways Magazine, I will make that comparison face reading available here at my blog.

But guess what? Now that I’ve filed that face reading comparison, I’m raring to go. Are you curious about that other component of a comparison reading? How deeply has our President changed, all the way to his chakra databanks? Let’s find out.

Please, before reading further, note your quick reaction to the comparison photos. If you’re bold, place that reaction into a comment below before reading.

For background on aura reading research, skip to the end of this article.

24 feet. Nervous, under the circumstances. Self-conscious.

Hey, this was the president’s first State of the Union Address.

80 feet. First off, it’s evident in this chakra databank that President Obama has crossed the threshold into Enlightenment. I’ve written about this elsewhere at the blog. It’s still true, despite all the pressures that Barack Obama uniquely faces (and the sad fact that for all who live on earth now, Enlightenment is no protection against extreme spiritual addiction and other problems).

At the same time, his weariness could be enough to break your heart — if you let it.

Even on a surface level, President Obama looked so tired to me.

I have never seen a public figure look so exhausted, not physically and not in a chakra databank either. Except for photos of President Lincoln, late in his life.

Yet this chakra databank also reveals President Obama’s fierce determination to keep doing the good work until his dying breath.

Yes, reading all this causes me to stop for a few breaths of “Oh my God.”

It has been a very long time since I’ve read my president’s aura.

Note: I won’t keep emphasizing the fatigue, beyond bone-weary. Suffice it to say, this shows in every single chakra databank that I read here.

80 feet. Graced with a Divine blessing related to recently becoming President of the USA, when the politician brings a pure heart and willingness to serve.

Life feels fresh and new, like a glorious landscape sparkling with fresh snow. Speaking the truth feels easy, as if the new president hopes to benefit from a sort of invincibility:

“I am here to help humanity. I will speak the truth that helps people. That can be Divinely graced. That can triumph.”

80 feet. Power circuitry is strong, suggesting that President Obama has learned how even the tiniest thing he says can have a huge impact.

I also find a nuanced understanding of compromise. Ethical speech, for a president, is an  Olympic-caliber balancing act.

90 miles. Freshly inauguarated, this first-time president feels the power that has been invested in him. He relates to that power as something sacred.

There’s an expectation that truth and rightness can melt down obstacles.

And President Obama expects (or hopes) that maybe it will be easy for him, getting the results he aims for, so long as he stays in integrity.

Barack Obama is especially hopeful because he knows that integrity of action is non-negotiable for him. I gather, this goes with a belief system that righteousness triumphs in the end.

Did you ever marvel how certain comedians do their slapstick routines? Like casually opening a door when the script dictates that, seconds later, Actor Joe is going to “accidentally” slam his head against that door. HARD. Then fall down.

Oh, the political impasse in Washington now… is so not comical, not to people who care about politics.

But otherwise the routine is similar. President Obama keeps doing his best to accomplish progress for his country, despite living in a time and place when he will be slammed every single time. Yet he proceeds as though everything is normal. He doesn’t flinch, either.

Obama’s pattern here of “Try it anyway, then pick myself up afterwards” is unlike anything I have read before.

This is an extraordinary form of life courage, leadership courage, and courage to persist given the physical price being paid every time.

Fills the room. The new president aims to share power. He delights in possibility.

President Obama glows with a desire to listen, to bring understanding, to compromise in ways that help everyone to progress together, sharing in his generosity of hope.

80 feet. Mostly I notice deep sorrow. For years, the quality of this chakra databank may have been a kind of incredulity. You know, like, “How can the United States Congress meet this few times?” and “How can our highest leaders allow us to default on our debts?”

By now, there are only traces of disbelief. It has been replaced by sorrow. Nevertheless President Obama does what he understands to be right. He strives to share power honorably, as best he can.

And note, Blog-Buddies, I have found only some very human sorrow and grief. Not cynicism or hatred. President Obama is sure a nicer person than I am.

Into deep space. This chakra databank has expanded in the situation where this photo was taken.

Even a little writer/teacher like Rose Rosetree has had her aura expand enormously while doing media interviews. There’s just a grace that comes when you’re aiming to serve humanity, you’re doing the human things right, and aha! You’re in a situation where you can have larger impact than usual.

So some of the size and intensity are related to giving his State of the Union Address. Yet there’s also a long-term quality, not situational. President Obama lives with a deep connection to the Divine, supported by a strong religious faith. Ethics are a given for him.

Blog-Buddies, especially you Americans, how do you relate to the historic, so-far non-negotiable, requirement that a serious contender for the US presidency must be a Christian?

Yet something related may become a bigger deal as we move forward in the Age of Awakening. Imagine a time when energetic literacy (the full, easy Stage Three Energetic Literacy) is near universal on earth, much as word literacy is now.

Imagine, then, having a requirement for highest leadership that a candidate must have a clear and authentic spiritual connection. I’d vote yes for that, both figuratively and literally.

Out to the moon. Fine and divine. This is a sustaining help for President Obama.

Far in the background of everyday life, his spiritual integrity stays like a lifeline, a golden thread.

Note: The size of this chakra databank is the only one I find out of proportion in this man’s aura in Enlightenment. Feels to me like a special dispensation, a soft kind of grace that keeps him going.

Fills the room. The Divine glow is unmistakable.

Reminds me of an interview I did that was published in the Washington Post after the presidential election between Gore and Bush went to Bush. I told reporter Michael Powell that I’d been researching Soul Thrill, in particular, for the last several presidential elections. And always the candidate with the biggest, glowiest soul thrill at the High Heart Chakra would win.

Gore had that going for him, in that election. (Which, some of you Blog-Buddies may remember was, just a bit, disputed.)

Both times debater Obama was elected. In our photo here, even though self-conscious while giving a high-pressure speech, personally the man is in his glory.

80 feet. Glorious, God-filled joy. He is giving this job his all.

Maybe Leonardo DiCaprio will win a his first Oscar for his performance in a movie about an extreme fight for personal survival.

That’s considered entertainment, a story about a man’s wish to not die. (I gather. As noted recently in our Oscar-related discussions and still-live contest, I have zero desire to watch “The Revenant.”)

By contrast, President Obama signed on for an extreme job, protected by hope and audacity, brimming with brilliant ideas.

In his Life Contract, before this incarnation — given what I have learned about Life Contracts from work that I do with past-life regression — I suspect that his soul knew full well what he was in for. This stellar, highly evolved soul agreed.

And he’s been doing it, the near-impossible job of holding this divided nation together.

The job of staying sane for even one term, despite the seriously crazy-making politics.

And not only is Barack Obama doing it. He is giving this sacred political work… his all.

Why did I never beforeput President Obama and his family on my list?

It didn’t occur to me.

He sure goes onto my personal prayer list now, starting right immediately.

Reading somebody else’s aura doesn’t change that other person. But reading Barack Obama’s aura today has changed me,  caused me to recommit.

You see, Blog-Buddies, in my little way, I have also been used to giving my sacred work everything I’ve got. This aura reading inspires me to recommit: I mean to do that now more than ever. Why? The stakes are higher than I thought.

The skills for depth aura reading are so important for Rosetree Energy Spirituality (RES). Just as mathematics is the language of science, so is aura reading the basis for mind-body-spirit techniques — whether for aura healing or personal growth, and even making rapid progress on one’s path to Enlightenment.

With Stage Three Energetic Literacy, experiences like this become available:

Our Blog Has Reached 28,000 Comments
President Obama's Letter to Me. A Guest Post by GRACE W.