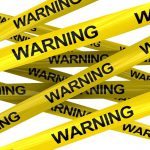 A plaintive series of comments came to my blog today from GAYANEE, who had proposed her beloved guru for my Enlightenment Life List. And then, in Comment 1973, I supplied the results of my aura reading research for discerning Enlightenment:

“Obviously he is a beloved teacher to you, GAYANEE. However I do not find him ready for my Enlightenment Life List, not at the time of this photograph.”

GAYANEE responded very mildly and graciously, I thought, with these words:

“As a student it is a bit of a mind twister for me that how some long standing and deeply loved teachers that claim to be enlightened and teaching enlightenment dont make Roses list.

“I am more at peace with energy healers and emotional healers who dont make the list as I understand how there can be gifted healers who could be of great help for clearing STUFF without them be in enlightenment.

“But when teachers whose public mission is to help you go all the way by being a beacon and an example dont have a human nervous system has become strong enough, STUFF-free enough, to be permanently crystal clear thats concerning my human mind!”

Good questions, indeed. I was so touched by what GAYANEE wrote that I dropped everything to write today’s article.

So What Are Some Possible Reasons?

Another fraud, in my opinion, was a picture-perfect guru proposed by JNANA. The popular guru looked as though every curl on his beard had been professionally styled and gelled.

He bore as much resemblance to a REAL person in Enlightenment as a certain movie actor, Charlton Heston had to Moses, whom the actor played in “The Ten Commandments.” Heston also tried to serve humanity outside of his movie roles; for five years he served as president for the National Rifle Association.

Or think about Morgan Freeman, of the splendidly resonant voice and blissful manner, who has portrayed God on film. Yet he’s a self-proclaimed pothead, and proud of it.

Troubled People Can Be Drawn to ANY Position of Authority

What’s the worst motivation of all for some Enlightenment pretenders? Beyond religious confusion or fraud or hypocrisy, there can be a desire to take advantage of people at their most corruptible. This problem extends to many helping professions.

For example, I have facilitated cutting cords of attachment and doing sessions of Soul Energy Awakening Hypnosis® to help clients clean up from:

Earth School? it’s complicated. I’m glad that “Spotlight” just won an Academy Award as best picture. Besides superb acting by Rachel McAdams and Mark Ruffalo, this true story was based on reporting at The Boston Globe that broke the scandal of sexual predators among Catholic priests.

In an exceptionally eloquent acceptance speech, producer Michael Sugar said, This film gave a voice to survivors, and this Oscar amplifies that voice, which we hope will become a choir that will resonate all the way to the Vatican. Pope Francis, its time to protect the children and restore the faith.

What Can Protect Us Best as Consumers?

Might I recommend learning Stage Three Energetic Literacy? You can read auras perfectly well on your own, and without having to nominate at my blog or waiting until I review a new batch of nominations once or twice a month.

Please, Blog-Buddies, make it full energetic literacy, not the fast-and-simple kind that is so inaccurate. Become a smart Post-New-Age Consumer.

David B. put it so well recently, here at the blog:

We need language literacy to use Google.

Is It Bad Form Or Judgmental to Speak Out?

It was a pretty tacky thing to do, promoting a different workshop during my workshop. But that isn’t what annoyed me most.

What really annoyed me was Joe’s photo, proudly displayed on the flyer. Reading his aura, it became obvious to me that this man was preposterous in this role, he was far from Enlightenment.

I commented a bit, about how Joe’s intellect was over-functioning in a way that he was perhaps confusing with Enlightenment, but really — why would such a person consider that he had the standing to TEACH Enlightenment?

Well, that, in turn, became really, really annoying to many in my workshop. 😉

“How judgmental!” They were shocked, shocked!

How Do You React, Blog-Buddies?

Does it concern you when spiritual teachers… aren’t?