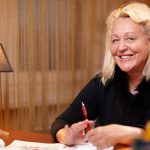 Doesn’t every good- hearted teacher wish to be honest and kind, an inspiration?

It’s not every day when a casual look at the headlines in the day’s newspaper makes me angry.

I’m practiced at not letting myself go there, into the Lande of Indignation. But then I was not reading about the newspaper’s usual Places of Hideosity. Nope, today’s read (in the print edition) was captioned, “A mission for Jesus in the public schools.” The reporter was Emma Brown.

Did you know that Victoria Tomasheski is paid by her church to do missionary work in a public school?

Wait, she is paid by an American public school. To. Work. As. A. Teacher.

However, the Christian Educators Association has “empowered” teachers like her to express their faith with new boldness.

And yes, throughout this article I am placing the word “Christian” in quotes, for reasons you can read about in this article about so-called “Christian” behavior, in contrast to the personal faith of followers of Jesus who are not Christians in name only.

A Lofty Goal. To Some.

According to the article in today’s Washington Post, the Christian Educators Association International is an organization that sees the nations public schools as the largest single mission field in America. They aim to show Christian teachers how to… evangelize in public schools…  without running afoul of the Constitutions prohibition on the government establishing or promoting any particular religion.

Were not talking about proselytizing. That would be illegal, Finn Laursen, the groups executive director, told the Post reporter. But were saying you can do a lot of things.?.?.?. Its a mission field that you fish in differently.

Schoolteacher Victoria Tomasheski was also quoted in that article, saying,”Mr. Laursen, it’s impossible to fish in a field. Can’t you find a better metaphor for what we’re doing?”

Joke! She expressed her hope that “living according to biblical principles” creates a “nurturing environment” and sparks those around her to ask questions.

When they ask: Why are you so positive? Why do you always find a silver lining? Its, To be honest with you, its because of my faith,? she said.

Yes that is evidently Victoria Tomasheski’s version of “being honest.” To go fishing for souls in her middle school in suburban Cleveland, aiming to convert as many students as possible, always watchful to avoid being caught breaking the law.

Usually Missionary Zealots Don’t Have Much of a Showing, Spiritually, in Their Auras

For years, reading the auras of Fundamentalist activists of different faiths has been a minor hobby of mine. It’s interesting to start at the Third Eye Chakra Databank for Connection to Spiritual Source, because it’s almost always a sad little, stumpy, confused wad of unused potential.

Then reading additional chakra databanks is a fascinating way to pursue what is really animating each true believer.

My novel for empaths contains a great deal of social satire; I had a field day with creating warring groups of religious extremists. Maybe some of you read it and remember “The Dances of the Righteous,” for instance.

Well, in honor of Victoria Tomasheski and her ilk, today I’m going to debut a new different type of aura reading, “A Self-Realization Aura Reading.”

For this, I’ll research two different types of information in each chakra databank:

Of course, all of us are doing the best we can.

Some of us, Rose Rosetree included, feel a calling to serve others as a spiritual or religious teacher. But this particular Enlightenment Coach is really not a fan of INFLICTING a path on those who have not requested it. Especially children. Are you?

So let’s use this photo of Victoria Tomasheski to research just how well she is doing right now at a level where she cannot lie, because auras tell the truth (except in the case of world-class actors). To her it’s a sacred thing, apparently, to sneak up on potential converts and sweeten them along until they join her Movement. We’ll she’s entitled to a belief system that negates the role of free will in religion.

Even so, America’s constitution allows each person to have religious liberty. Plus we have laws about the separation of church and state.

So here’s an interesting aura reading-type question. Even if Victoria Tomasheski’s view of spiritual teaching were perfect. Even if it were her paying job to teach people about God. Even if she were teaching adults, not minors. Even if she taught religion in a setting that didn’t violate America’s separation of church and state….

What kind of standing does she have in consciousness to teach religion? Aura reading reveals the truth of a person’s energetic and subconscious experience. In detail. And more directly than any nice-sounding dogma.

So Here We Go, Blog-Buddies, with Today’s

This chakra databank is about having personal experience of God or The Holy Spirit or whatever you happen to call your “Highest Power.”

Love, enthusiasm, and the willingness to give all — to surrender all — to God. Sweet!

Of course, I’m reading what shows in this particular photo, like one in the print edition of the Washington Post article. Since chakra databanks change throughout our waking hours, it’s worth noting that she is teaching in a room with a photographer present, perhaps quite aware that she is being photographed in her missionary role.

1/8 inch. Complete shutdown, and this kind feels quite long-term. Earnestness is part of the quality.

Predominating, though, is an urgent fear of Hell — as in, “I must convert them rapidly because if they die, or the earth ends, the heathen will go straight to Hell for all eternity.”

By contrast, Victoria Tomasheski doesn’t seem to have much standing for teaching anybody else how to connect, personally with God. At least until she manages to do it herself.

Although she would be beautifully qualified to teach people who likewise prize living in a religious movement that isn’t really about God or Jesus but, rather, something else. Something like what Victoria Tomasheski has got: A stiff combination of dogmatic certainty and fear of The Devil.

This chakra databank is about telling the truth when you talk. I would hope that any spiritual or religious teacher would do that much, wouldn’t you?

A lovely talent for explaining things in simple terms that are easy for people to understand (and doing this in a way that communicates truthfully).

2 inches. A combination of fuzzy and slimy.

Possibly that fuzziness occurs because, evidently, some requirements for this sort of missionary work are quite tricky. Fishing in a field, and all that!

In the Washington Post article Victoria Tomasheski was quoted as praising training she has received from the Christian Educators Association. Evidently that mission is a bit complicated, because part of what they learn is this (my italics):

“Teachers are told its okay to keep a Bible on their desk and teach about it in class, so long as it fits within the curriculum. And they are urged to witness for Jesus by acting in a godly manner, in part so that others might be provoked to wonder  and ask  why they have so much kindness and compassion.”

Wouldn’t most of us find that a pretty small needle to thread? And Victoria Tomasheski may not be terribly sophisticated to begin with, concerning laws and civics. Because she was quoted thus in the article:

“She said that she was grateful to learn about the First Amendment….”

This chakra databank is for living up to one’s highest spiritual ideals.

A sweet, emotionally charged desire to be a bright light in this world so that she can bear witness to God and inspire others. Lovely!

1/8 inch. Shutdown, as small as a chakra databank can be. Although they can always bounce back. And remember, Victoria Tomasheski’s gift of the soul here is absolutely lovely. Anyway, next comes my report on the quality of this chakra databank:

Secretly worrying that she is not doing well enough. Feeling inadequate about doing her spiritual role, yet also reveling in the complete forgiveness of God.

Intellectually I understand that this forgiveness is part of the grand bargain that matters so much for Evangelical Christians.

However, as an aura reader I must observe that, apart from the conflict and semi-guilty, icky feeling in her databank about spiritual integrity, the size tells us something as well.

How much can you trust the spiritual integrity of a person when her chakra databank for this is in shutdown?

Yes, I thought this chakra databank would be important to research for Victoria Tomasheski. When trained, the incognito missionaries are taught things like this:

God sent Daniel, He sent Jesus. Hes sending you and me to be the light of the world… God has a plan, a good plan, for why he has planted you where you are.

What is Victoria Tomasheski’s job, according to this plan, as interpreted by Christian Educators Association? To “have so much kindness and compassion.”

Might this be hard for Victoria Tomasheski to manufacture, given that her direct experience of the Divine (with all due respect for her sweet intentions) seems to be lacking?

If it’s any consolation, plenty of people with a gorgeous, huge, healthy showing at that chakra databank for “Connecting to Spiritual Source” don’t always act in a kind, compassionate manner. Why not? Because under the circumstances, that would be fake.

In Enlightenment, for instance, people act authentically. Some of you may have seen a recent candidate for the Enlightenment Life List, a picture-perfect guru of great renown, who recently “flunked” being included on that List. Flunked big time.

Despite the gorgeous, perfectly-styled guru beard and placid “saintly” expression. His looks were glorious. His aura? Not so much.

Okay, on with the show….

Picture an adorable little girl who runs over to give you a hug. And means it.

10 inches. Very under-functioning, although not shut down. 🙂

Victoria Tomasheski tries hard to overcome her anger at things past, and to forgive. Heavy lifting!

Adding to the sense of burden in this chakra databank (currently) is the sense that she is supposed to act loving always, whenever in public, and in a way that is larger than life.

Aura Reading Heart Chakra Databank for Emotional Honesty With Herself

While doing those just-mentioned theological contortions, can Victoria Tomasheski be honest with herself? Let’s find out.

Courageous Victoria Tomasheski is determined to learn the truth about her feelings whenever she asks.

It’s like a huge battle, going on for years, with loads of hard struggles to be “Honest” with herself.

Personally, I’m a big fan of a different approach. RES experts facilitate permanent removal of energetic and emotional STUFF that causes terrible feelings like those to be perpetuated.

RES clients spontaneously feel better emotionally, more like themselves. This necessitates zero lying to self as a form of  “salvation” or “self-improvement.”

But there are many glorious paths for personal growth in this world. At the time of this photo, out of her love for God, Victoria Tomasheski seems to do a great deal of lying. And, just plain hard work.

Oh, Blog-Buddies, you’re so definitely invited to draw your own.

Living with Roomates as a Skilled Empath. A Guest Post from BEVERLY
Invite All in Your Family Tree to Enjoy This Newsletter