Cutting a Cord of Attachment to a Lawyer. Paying the Hidden Price. 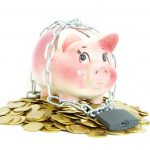 Trying to GET money through help from a lawyer. Will you pay a price, even if you do win?

Have you ever sued someone?

Had to file an insurance claim after a serious car crash or other big-deal problem that could be covered by insurance?

How about being so mad that you’re tempted to file a lawsuit, and going for an initial conversation with an attorney?

Of course sometimes that can be a smart move. (Except for when it isn’t such a smart move.) But what about paying a price for that lawsuit, or even that initial conversation to file an insurance claim?

Think that happens? Three words might serve as a hint: Cord of Attachment.

Paying the Price, What Does That Mean in RES?

Recently we’ve started to explore this theme, from the perspective of various skill sets in Rosetree Energy Spirituality (RES).

Officially the discussion began with this post, “Paying the Price. What Does that Mean in RES?”

You Blog-Buddies still have an open invitation to guest post on this theme, and I know that many of you have many a story to tell.

Today’s article will consist of my sharing details from a session I facilitated with JOE. It was a session of RES Energy HEALING.

The healing centerpiece was when I facilitated cutting a cord of attachment. (Background about cutting cords of attachment in general is supplied at the end of this post.)

Background about Cutting THIS Cord of Attachment in Particular

This particular cord of attachment had an especially extensive set of cord dialog items. Three pages, when I wrote them down. (It has been years since I wrote down that long a series of cord items from removing a cord of attachment.)

A cord of attachment of a specialized kind, too. Sure, I’ve facilitated cutting other cords of attachment to an attorney. You kidding?

But this one was a great sample of cutting a cord of attachment when the relationship included discussing a lawsuit.

The Rest of Our Background, Before We Get to the Juicy Parts

Here’s all the background you need to know to appreciate the circumstances. JOE was in an accident. There was negligence on the part of Company X. JOE met with attorney Ms. Gladys, Esq. (“Gladys” for short. 😉 )

Sure, you’d expect this kind of conversation to be unpleasant, including a temporary reliving of the recent incident… and the dealing with injury that resulted.

But we adult humans living now? Hey, we’re tough, aren’t we? Any given day, we’ll likely go through plenty of unpleasant experiences, like having a car nearly cause a traffic accident during your morning commute or having a fight with your lover. We go through it. We deal.

There’s good reason why one of my mottoes in life, often spoken aloud, goes “No repining!” 😉

Although JOE might ordinarily have even proposed cutting the cord of attachment to Lawyer Gladys, I actually suggested it. (Note: It happens less than once a year, on average, that I will suggest to my client that a certain person be proposed as a candidate for cutting a cord of attachment. This RES session was unusual in several respects! )

To make sense of the cord item that follows, here’s all that you need to know:

JOE suffered a significant injury. Surgery was required. The surgery was successful, and JOE will be able to live a normal life, without pain and without much physical restriction. However, this was NOT obvious to JOE at the time he had this conversation with Gladys.

And if this particular cord of attachment hadn’t been cut, JOE’s life would have been limited — energetically, emotionally, and maybe physically — because of these cord items in his aura and subconscious mind.

As you may know, Blog-Buddies, every cord of attachment you’ve got repeats in your aura and subconscious mind at least once a day, often more frequently, until your death. Even if the person at the other end of your energetic cord – the cordee — has died.

Every day for the rest of your life.. unless that cord of attachment is cut with an effective skill set. (One of these is the system of use and teach, 12 Steps to Cut Cords of Attachment®.

JOE’s Cord of Attachment to Gladys the Attorney

The scene for the incident that got stuck in this cord of attachment: JOE was with Gladys, discussing an insurance claim. JOE is going to be describing the accident in detail. Cord items are about the energetic and emotional subtext to what is happening during this conversation.

Background on 12 Steps to Cut Cords of Attachment®

“Cords of attachment may be the most significant, treatable cause of problems in your life, keeping you stuck in old patterns.”

That means patterns of emotions, spiritual development, and behavior.

Healing this energetically is the specialty of Energy Spirituality, not other forms of holistic healing.

Unfortunately many people outside of this field are getting on the cord-cutting bandwagon, well meaning healers who are not practitioners of Rosetree Energy Spirituality (RES) but instead would like to include it since cutting cords of attachment has become trendy.

How much quality control will be present when a hobbyist or even a professional in an entirely different field of work just adds on some cord cutting?

If I’m trained as a chef, does that mean I could read an article on dentistry, then offer cavity removal as some kind of a la carte item on the menu?

Here’s one last resource that you might find helpful to peruse, all posts helpfully tagged Cut Cords of Attachment.

Are You Willing to Pay the Price Spiritually?
Spiritually, Why Your Life Is So Very Important