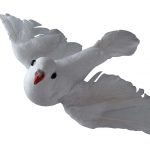 Abortion Cord of Attachment. May today’s blog post bring peace to those who have struggled over abortion, adoption, or miscarriages

Abortion Cord of Attachment. When one of my Energy Spirituality has had an abortion or miscarriage, guess what? Often I’ll facilitate cutting her cord of attachment to the soul involved.

What did I learn from cutting this particular cord of attachment for Gladys? Today I’ll tell the tale. Expect inspiration — at least, if you believe in a woman’s right to choose.

Caution: Read no further if you are staunchly anti-abortion. Because I won’t hide my equally strong, and different, values on this highly-charged issue.

I won’t even call anti-abortionists by their chosen label “Pro Life.” Because I believe that, if you really care about life, the life of a human woman must come first. Being alive, and having free will, she has the right to make decisions after the start of a pregnancy.

The term “Pro Life” is a mockery to me, since it disrespects the life (and free will) of a woman who happens to get pregnant. Moreover, it starts off a human lifetime at a distinct disadvantage.

That said, Blog-Buddies, if you are willing to read further, I think you’ll be educated and inspired.

That’s what happens to me every time I facilitate cutting a cord of attachment that my client has to the start of a fertility connection. One that ended through miscarriage, abortion, adoption, or an early death.

Did You Know THIS About Cutting Cords of Attachment?

Whenever the cordee is deceased, there is always the possibility of a ghost complicating the energy healing process. This holds true for ANY cord of attachment to someone who has died.

Sometimes — not always, but sometimes — the person’s astral presence continues on earth after the lifetime — although that soul could move on to its next right place, its heaven. (There are a few exceptions, beyond the scope of this article to discuss.)

Anyway, what do we call it when a soul stays here, on earth, in its energy body? A ghost.

Either intermittently or regularly, a ghost can haunt a person. Including a woman like Gladys who wisely terminated a pregnancy.

And if you knew the circumstances, which will of course be withheld here, you would most likely agree about the wisdom of Gladys’ decision. Unless you just don’t believe that a woman has the right to exercise her reproductive rights. In which case, remember that I did warn you to avoid reading today’s article, right?

Personally I can’t resist adding this. IMO, a better name for “Pro-Life” would be “Sperm Worshippers.” Because so many adamant abortion opponents seem to sanctify one little part of a man… His one-time transmission of seed… Over the entirety of an existing woman’s life.

Like his seed matters more than her freedom, health, and choice of lifestyle.

Is it really “pro-life” to believe that any woman who happens to be impregnated must now be sacrificed to her fertility? While the man who donated the seed goes free to live his life, on his terms, without necessarily having any obligation whatsoever?

Phew! Nobody Said Abortion Was a Lighthearted Topic

Okay, let’s return to the realm of the relatively non-controversial, but maybe for you unexpected…

Helping a ghost move to its next place of expression. Off earth! Sometimes that’s part of the service provided. Like when this particular cord of attachment was cut for Gladys.

Look, here’s a summary. What happened when I facilitated cutting this cord of attachment for Gladys? Since it was unusually complicated…

Abortion Cord of Attachment. In this Case, the Cordee Had Become a Ghost

And not just a typical ghost but an angry ghost.  Here’s what Gladys and I learned about this particular ghost:

Originally he had a life contract for a very brief experience of pregnancy. This abortion was a meant-to-be, like most abortions and miscarriages — I wouldn’t be in a position to use the word “all,”  although I suspect that is usually true.

Plus, did you know this? Some miscarriages occur because the soul changes its mind and requests that the life not move forward. Like being in a bus and you pull on that chain thing to tell the driver, “Please make a stop. I want to get out.”

Regarding the soul I’ll call “Joe,” hello! He chose to experience human life at Earth School for fewer than six weeks. Why a soul would make such an arrangement? Many possible reasons!

Regarding the purpose of this brief life contract. Mainly, Joe aimed for education about human life. Like dipping his toes in the water of incarnation on earth. Maybe another factor was this: Human life is quite different since the start of the Age of Awakening.

Abortion Cord of Attachment Surprise: Why Did Joe Become a Ghost, Then?

Joe fell in love with Gladys as a mother. That became a problem since his original life contract was meant to be short.

Incidentally, this is not the first time that I’ve helped a client where the soul of the cordee stuck around after the termination of a pregnancy. To me, it’s a quick but poignant, and very important, part of problem-solving when cutting a cord of attachment.

Nevertheless, this was the first time since 1986 that I encountered a ghost who was angry at my client.

Angry Joe was, though,. And evidently he’d been sticking around ever since the abortion, blaming Gladys and scolding her.

Well, that ended, soon as I co-created this session with Divine help. Phew!

The ghost’s rage ceased. Joe wound up apologizing to Gladys, actually, telling her what a great mother she would have been (and could be later to somebody else). Gladys got to say goodbye.

Both this part of the session AND moving out the cord of attachment allowed this abortion to finally be over for Gladys.

But even if a stuck spirit hadn’t been a factor at all, cords of attachment to shorter periods of pregnancy tend to be very intense. Below is the complete set of cord items, which Gladys graciously gave me permission to share with you in this educational post.

The cordee was a soul who was observing the construction of the start of a body. The body in preparation was not, technically, a “person.”

During pregnancy, a soul can be positioned inside the mother-to-be’s aura, even look out through her eyes or other parts of her body.

But much of the time, even for several months after birth, the soul is not localized in the developing or new body.

How do I know this? From many sessions of Soul Energy Awakening Hypnosis®. And also from RES sessions where I facilitated cutting cords of attachment after a miscarriage or abortion, or the death of a child.

Therefore, how do I react when I hear well-meaning people fixate on “The Life” or “The Person” or “Killing”?

Of course, everyone has the right to a belief system around abortion, and my perspective is hardly the only one that a good person could have. Here I’m just sharing my professional work at my RES blog.

Incidentally, Gladys was using birth control when she got pregnant anyway. And she had been in a relationship with the sperm donor, but that relationship had ended.

Anyway, here comes the set of cord items that got stuck in Gladys’ cord of attachment to soul involved in the pregnancy.

Abortion Cord of Attachment. When the Relationship Included Abortion

In the Recovery Room, after the abortion procedure has been done.

Logical Consequences that Gladys Could Expect

With the cord gone, these are some of the results (a.k.a. “Logical consequences) that Gladys could expect:

What About You? Are You Qualified to Cut a Cord of Attachment to Someone Now Deceased?

If you’re wondering about this, Blog-Buddies, good. That would be a highly practical question.

Once you get yourself solid skills (see more on that at the end of this article), it is fine to facilitate cutting just about any cord of attachment for yourself.

An exception? For an RES hobbyist to cut the cord of attachment to a cordee who committed suicide, or who died in any other way.

My recommendation. Do not facilitate cutting a cord of attachment to any pregnancy termination, whatever the circumstances. Or to any cordee who is now deceased.

Be smart about this, Blog-Buddies. Book a session with an expert at Rosetree Energy Spirituality (RES). This is a job for somebody with extra knowledge and skills, just in case there does happen to be ghost involvement. That way, you can enjoy better growth on your personal path.

Yes, You Can Learn Effective Skills to Cut Cords of Attachment for Self-Healing

As noted in “Cut Cords of Attachment for Self-Healing“ — cutting cords of attachment can be a powerful skill for self help.

Healing these patterns energetically is the specialty of Energy Spirituality. Not other forms of holistic healing like energy medicine.

Unfortunately many people outside of this field are getting on the cord-cutting bandwagon. Well meaning healers who lack good skills. Maybe caring. All they know is that cutting cords of attachment has become trendy.

How much quality control will be present when a hobbyist or even a professional in an entirely different field of work just adds on some cord cutting?

If I’m trained as a chef, does that mean I could read an article on dentistry, then offer cavity removal as some kind of a la carte item on the menu?

I would like to teach you a quality way to cut cords of attachment that really works. It’s actually the only trademarked system in the U.S. for effective and permanent removal of cords of attachment: 12 Steps to Cut Cords of Attachment®.

Here’s one last resource that you might find helpful:  Search on “Start Here.” Always a great place to get an introduction of RES specialties. This one is Cut Cords of Attachment, Top 10 List

What to Do If You Use VPN, Which Prevents Posting Comments Here
Paying the Price for My College Degree. A Guest Post by EMILY T.