How This Empowered Empath Stopped Faking It. A Guest Post by IRENE 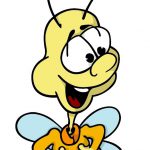 “Like me. Love me. Please!”
Is that a good enough reason to act CHEERFUL?

What is that person telling you, really? So often, it’s simple.

First, a big welcoming smile. Then, “I’m fine. How are you?”

Isn’t the underlying message often something this?

It’s not just human to wish to be loved. Seems to me, this is one of the ways that we incarnated beings often reveal how much we are…

Because in the celestial world where YOU lived before incarnating this time, it really was like that.

You didn’t have to sit around the campfire and sing “Kumbaya.” You lived in a celestial realm that was inhabited exclusively by souls at your vibration.

Back then you were an angel, accompanied by angels like you. You felt so very connected to God and all that is.

And yet you bravely incarnated on Earth School. (I’m so glad you did. And, especially, I’m glad because living here you can pursue your personal path to Enlightenment, something that can’t be done in a heaven.)

In today’s guest post, Blog-Buddy IRENE shares her recent discoveries about abandoning cheerfulness in favor of….

When How We Act Is… Acting

Often we think that certain behaviors are required for social reasons.

Two comments at this blog got me thinking.

EmilyH: “Its generally polite to smile even when you dont want to sometimes.”

Alan: “You know how your eyes change when you genuinely smile? Mimic that without smiling as you go out through your day and you may notice your whole persona change.”

Both comments describe taking an action to express a feeling (happiness) that you’re not actually feeling at that moment.

I’m starting to wonder if that is *ever* appropriate.

Faking Cheerfulness. Could I Stop It?

That blog post was “How Aura Reading Can Help You with the SOCIAL Aspect of Personal Presence.” In the discussion there, I commented:

“I only just stopped faking cheerfulness as a way of handling pain (physical and emotional). It took several sessions with Rose to get here.

“Its a big shift in how I function energetically, so must be shifting my auric modeling, too.

“It also has more obvious external signs as well. A polite smile, as EmilyH describes, only happens briefly for social reasons now, which is a very different thing than the distortion that the smile was before (trying to mask what I was feeling).

“Its astonishingly comforting, and freeing in to a degree I wouldnt have expected.”

Honesty, for me, is both increasing and having a ripple effect outward. This ripple effect goes all the way through to my sense of self and personal power.

For example, I just told an acquaintance that I felt uncomfortable at our social get-together last night because, while posing for a photo, he grabbed my ankle to point towards my brand-new shoes.

I don’t like anyone I don’t know well touching me, particularly without asking me first.

For social reasons, I didn’t say or do anything last night.

Wasn’t I Making a Big Deal out of Nothing?

Afterwards I kept on thinking about what happened. Every time, it bothered me.

So today I told him.

And he was grateful that I told him.

Never before had I done anything quite like this. In the past, I would wait until I was really miserable and uncomfortable, and the actions had been repeated many times.

This time, not only was I (almost) immediately honest with myself. (“Hey, that bothered me.)

But then I communicated that directly to the other person, and I did it pretty soon after it happened.

For Me, This Was a Big Deal

It took some reminding that it was important to me. I needed to make sure I really went through with speaking up for myself. Afterwards, it took me some time to settle again, “re-inserting myself into objective reality” (to use a term from Rosetree Energy Spirituality — RES).

For some, this speaking up for myself might seem like no big deal. But it’s brand new for me.  🙂

What is more significant?

And this is lasting.

I feel oh-so-incredibly powerful and proud of myself.

I really can do and say things to get what I want. And I don’t have to just go along with things or express certain feelings because it’s the socially acceptable thing to do.

I expect that as I become more accustomed to this, my emotional reaction won’t be as extreme.

And there may also be situations where the person I tell reacts negatively to what I say.

But I do think that total honesty with myself about what I’m feeling as well as honesty as appropriate with others (definitely no outright deceit, no matter how socially expected) is of critical importance to my sense of self, my personal power, and my ability to say and do things to get what I want in my life.

There’s likely to be an impact to my personal presence as well.

As I continue with more honesty rather than social faking, I’m rather curious to see what I’ll notice about how others react to me. Maybe there will be a Part Three to this story. 🙂