Steady as You Go… Adjustment Years in The Age of Awakening 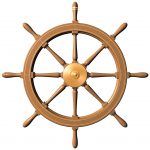 Steady as you go, steering past storms in this new Age of Awakening

“I keep beating myself up over whatever I say and do.”

When Joe told me that in a session, it helped me to understand what I had noticed in his aura.

Joe’s intention for our session had been “To like myself more.” During the Skilled Empath Merge that followed, I discovered that Joe was quite spaced out. As I put it, “You’re flirting with spiritual addiction.” Which was so uncharacteristic for this long-term client. Joe hadn ‘t suffered that problem for years.

By the end of our time together that day, Joe’s aura was beautifully back to normal… and then some. His soul was being expressed more clearly. And what happened wasn’t just due to his Healing Centerpiece for that session of aura healing (a skill set for removal of many hundreds of frozen blocks that had been energetically triggering his distress).

Was there learning too? Definitely. A lot of our success together was related to my realizing what I’m going to share with you today. Today I’m giving you a longish post; if you persevere, I think you’ll find it to be time well spent.

First, let me ask you this question.

Have You Been Worrying Lately about an Old Insecurity?

Everybody has at least one. Could be, for instance:

Adjusting to The Age of Awakening Stirs up Old Insecurities

Granted, most of this adjustment process is subconscious — related to the new vibrational flexibility in the Age of Awakening. Still, how are we to handle that?

Aha! The very problem that “THE NEW STRONG“ aims to solve, with its Program for Easy Vibrational Balance.

However well people learn to adjust, there will growing pains. For instance, earlier this year, I’ve written about how often people are, rightly or wrongly, describing themselves as “anxious.”

Even more than troubling moods, what are the bigger adjustment problems in The Age of Awakening? Patterns with how consciousness is routinely positioned. Sounds abstract, maybe, but know that this kind of problem is very real. Altogether central to what happened with The Shift into The Age of Awakening.

Also it might be comforting to know that Energy Spirituality offers real help with that, help that is especially easy to receive by reading “THE NEW STRONG.” (To give you an idea, here’s a link to the Annotated Table of Contents.)

What kinds of adjustment problems with consciousness are especially tied to The Age of Awakening? Ever since The Shift, I have seen certain problems regularly in my work in Energy Spirituality. Problems with “consciousness lifestyle.”

My analysis is based on extensive research into people’s auras (Stage Three Energetic Literacy)… going all the way back to 1986, which is… gulp!.. 30 years. So that’s many thousands of human energy fields and…

Yes, I find that certain common problems are about adjusting to this Age of Awakening:

Confused Adjustment to The Age of Awakening — The Political Fallout

Only if you’re making good contact with human vibrational frequencies.

Both spiritual addiction and spiritual shutdown are so common now. Even if you didn’t know about these adaptation problems from aura reading, you’d see signs of it by observing some of the bizarre, extreme behavior in current events.

Today Britain votes on Brexit, where this American has formed a picture of what’s happening by American newspapers of record. Please forgive my ignorance, compared to what you Blog-Buddies from the U.K. know. Far as I have read, much of the national debate is characterized by distrust of experts, anger, and a desire to keep “others” out of the way.

As Anne Applebaum wrote yesterday for “The Washington Post” (my italics):

“The real surprise is not that the Leave activists dispute predictions of slower growth or financial chaos. Its that they dont care about them. As Financial Times columnist Janan Ganesh wrote recently, They can live with a recession if they must.

How do I interpret this? Ooh, you guessed it. IMO, Disdain for facts today relates directly to adjustment problems in The Age of Awakening. Spiritual shutdown causes stuck anger to run people, even while they’re utterly blind to it. Or to inconvenient facts.

Many observers of the political scene in America now find that Trump’s popularity also depends on distrust of experts, anger, a desire to keep “others” out by “building a wall.” As for his stunning disregard for the truth? His lying is extraordinary, although Trump’s supporters don’t care.

When people have patterns of consciousness lifestyles where they don’t make contact with reality, why would mere facts care?

If you have Stage Three Energetic Literacy, use it to read photos of folks with strong security-based worldviews. Often you’ll find spiritual shutdown.

For instance, you can use this photo link to check out the aura of the notorious Thomas Mair, being held for the murder of MP Jo Cox.

Or you can skip that depressing kind of aura reading research and let me summarize my findings. Folks who commit hate crimes, join neo-Nazi groups, speak stridenly as “patriots,” etc. — they’re usually in spiritual shutdown; their auras rife with extreme patterns of anger and hatred.

Evidence to this aura reader of… poor adaptation to vibrational changes that have occurred in The Age of Awakening!

By contrast, you can use energetic literacy to savor a more normal consciousness lifestyle, what I call human-based spirituality, in the chakra databanks of this Brexit protester, dressed in red. Fittingly, her sign at the demonstration reads, “Your hatred isn’t welcome HERE.”

On my side of the pond, some populist voices combine beautiful ideals with scoffing at reality (specifically, what really works in American politics, paying attention to what has been happening in government, who has caused our gridlock). Senator Bernie Sanders has appealed to many idealists who are down to earth and aim to move the nation forward in directions he has proposed. Fair enough.

But have you been perplexed by other fans of Bernie Sanders who can’t accept his defeat in Democratic primaries and are even vowing to vote for Trump instead? I haven’t read all their auras, of course. But I think this one is fairly typical: Click on the link just provided; you can easily find the woman with a raised fist, a red vest, and gorgeous long hair.

What does her aura proclaim, loud and clear: Spiritual addiction. Hello, there’s that second, so common, adaptation problem in The Age of Awakening!

Not to blame the poor refugees! But it is certainly strange that the largest population displacements are occurring since World War II. Bad though things have been, we haven’t been having a world war, right?

Well, if you start reading auras of people in countries where unrest has reached crazy proportions, you’ll find so many people in either spiritual shutdown or spiritual addiction. They’re struggling to deal with reality, and their adaptation problems have led to what kinds of behavior?

Behavior driven by fanaticism. Awareness at human vibrational frequencies can protect us from irrational acts, cruelty, and such.

When awareness is distant from our humanity, it becomes all too easy today to treat people like theories, trivial details.

It seems noble to pursue “righteousness,” regardless of the human consequences. Isn’t that how some of the greatest cruelty is perpetrated?

Displaced persons are the casualties.

In the resulting chaos, millions are running for their lives. Over 65 million displaced persons in the world right now! Struggling for physical survival, each of these persons is getting a crash course in “Pay attention to human vibrational frequencies.”

Beyond compassion and simple human decency, here’s another reason to do all you can to support them: Refugees are helping to steady collective consciousness, adding to the numbers of people who position awareness primarily at human vibrational frequencies.

Indirectly they counter-balance some of the people who or behave with irrational cruelty, while dominated by denied astral energies.

Meanwhile help is withheld from millions who feel too busy to act, consoling themselves with the dreamworlds of their ideals, feeling superior.

Psychological seekers and meditators, not just New Agers, are often bemused with The Romance of the Astral. Lacking energetic literacy, they don’t know they can also be in the mess of either psychological overwork or spiritual addiction.

You don’t have to be a refugee to take a healthy interest in your humanity.

Stay in touch with reality, weird though it sometimes is, Blog-Buddies. At this blog you’ll find many articles about living in a way that’s vibrationally balanced, a.k.a. human-based spirituality.

What more can you do to improve your adjustment to life after The Shift? Use the pioneering knowledge and skills in “THE NEW STRONG,” those “Rules & Tools for Living in the ‘Age of Awakening.” This consciousness resource can help you to achieve an even better adaptation to living in the Age of Awakening.

Besides That, What’s a Human-Type Thing You Can Do Starting NOW?

Like my smart client Joe, don’t take it seriously when anger and criticism are so strongly expressed in collective consciousness.

Do what you can. Donate and vote and volunteer.

Otherwise steer steady as you go.

Worries Can Be Catching. So What? Don’t Believe in Them.

When subconsciously dealing with the sort of mess in the world today, with such angst in collective consciousness, guess what?

Like Joe, you’re dealing with powerful energies of strife and confusion. Distress is in the auric modeling of so many people you meet — at work, on the street, on TV.

That impacts you to some extent, giving rise to feelings of worry that you will label with your oldest, nastiest fears. Your worst insecurities. Hello!

So see these as waves on the sea of life.  Steer steady.

The practical way of doing this does not involve a ship’s steering wheel: Keep reinserting yourself into reality.  Do the best you can, under the circumstances. Let that be enough.

Incidentally, after his session with me, Joe’s aura was back to normal; doing better than ever, actually. And he told me, to paraphrase:

Spiritual and energetic truth have resonated for me.