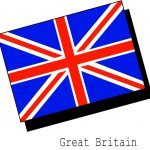 “The sun never sets on the British Empire.”

Well, that’s how it was, not so terribly long ago.

Now there’s Brexit, where the United Kingdom is taking a stand towards a different kind of sovereignty.

Yesterday a YouTube was made with aura reading of some jubilant Brexit voters from a photograph in The Washington Post. Unfortunately I haven’t been able to find the original photograph to show you here, but I can tell you that every person in this front page photo from Saturday was NOT the typical demographic for those thought to have voted to exit the EU.

The folks whose auras I read were young. White. Probably fairly affluent.

Their auras showed patterns I have observed from reading auras from photos in other articles that did show more the stereotypical demographic that has been associated with leaving.

Some observations about patterns of spiritual shutdown in many Brexit voters were shared towards the end of this post: Steady as You Go Adjustment Years in The Age of Awakening )

Incidentally I think this is the first time I’ve done a YouTube that demonstrated aura reading.