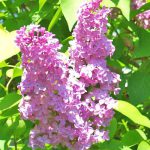 Empath skills can bloom any time of year.

So much has occurred since our New Empath Contest, Where All Who Enter Win Something. There you learned about a lot of empaths, many non-empaths, and even several public figures in extreme spiritual addiction.

Nothing like energetic literacy research to sort out what’s what!  So every contestant won something: aura reading feedback about a beloved public figure. Maybe you’ve been waiting, though.

What about the Grand Prize, that Skilled Empath Merge?

Well our Grand Prize is being awarded today. Cynthia wins. In Comment #147 she nominated Tim Urban who writes a blog called Wait But Why.

The writing at his blog is so fresh and witty, the graphics superb. And even though I haven’t heard Tim Urban’s Ted Talk, the fact that he’s done one really ups the respect I have for him. Plenty of folks have cute websites loaded with post-postmodern attitude. But real substance?

Now that’s a combination that catches my eye. You too?

Want background about Skilled Empath Merge? Skip to the end of this post.

Want to read Tim Urban’s aura in advance of my research? Or do your own Skilled Empath Merge without being influenced by mine?

Here’s the photo of Tim Urban, including his aura, that I’ll use today in your honor, Cynthia. Go for it, aura readers and skilled empaths!

As a special treat, after the aura reading, I’ll add my skills as an empath coach and summarize Tim Urban’s gifts as an empath.

40 feet. Connecting to human objective reality as an effective person.

Tim Urban is confident. It doesn’t hurt his charisma that he happens to have a lot of sex appeal.

This isn’t an act. Like many sexually healthy people, especially in the prime of life, he values the sexual aspect of living.

Tim Urban is at his happiest while using his creativity.

Which he happens to be right now, at the time of the video moment captured here, while he’s giving a Ted Talk.

90 feet. Tim Urban really likes collaborating with others while doing his work.

Granted, I know nothing about him, other than the research I did for Cynthia’s winning Contest Entry, plus the Skilled Empath Merge that I’m doing right now.

Most of us don’t come close to this level of confidence. Tim Urban doesn’t just make confidence look easy. For him, it is easy.

27 feet. Once again, Tim Urban’s consciousness is alight with active interest in other people. He’s open to noticing their emotions, not just their ideas.

Emotional intelligence is well developed. For him, this skill is so well integrated, it’s automatic and natural.

Think about this, Blog-Buddies. Does Tim Urban’s superb emotional intelligence have anything to do with having an emotional gift as an empath?

In advance of reading the list below of Tim Urban’s empath gifts, do you think you will find Emotional Intuition or Emotional Oneness?

Blog-Buddies, have you ever seen this chakra databank researched before at the blog? I don’t think so.

It’s about a person’s special excellence for conveying thoughts and discoveries that are way more sophisticated than “White screen, black letters, red color for emphasis.”

I’m researching it in Tim Urban’s honor because… in this photo he’s teaching. So this chakra databank is in its glory.

90 miles. His talent is really magnificent: Ideas come alive in a manner that feels almost electrical. Definitely what is meant by ideas being “sexy.”

Evidently Tim Urban is the kind of teacher and writer who can move people to great enthusiasm. In a classroom have you ever shared golden moments like that, where education is the most exciting thing in the world?

Tim Urban does that.

Even if Tim Urban had just one empath gift, that would count. He could call himself an empath. And I would certainly call him an empath.

How Skilled is this Empath?

Does that mean that Tim Urban has studied my system of Empath Empowerment®? Nope. He has stumbled upon his own way of making his empath gifts work for him, and without taking on a lot of the energetic garbage that afflicts most empaths  (a.k.a. “Imported STUFF”).

The man is fortunate in many respects, and it’s great that one of them is Tim Urban’s good adjustment to having his four empath gifts. They don’t mess up his life but enhance it.

Most empaths can’t say the same.

However you do it, empaths of the world, declare your independence from unnecessary, unproductive suffering. Get empath skills that really work.

Yes, to an aura reader with Stage Three Energetic Literacy, every photo is an aura photo.

When reading an older article, you may not be able to find the same photo I used originally. In any case Google Images is an easy way to find photos of this public figure.

Even Deeper Background: What Is an Empath?

An empath has at least one significant gift for directly experiencing what it is like to be another person.

Curious to learn more? Check out How Many Types of Empath Are There? Which Are You?

For more free resources, here is a link to our Top 10 Posts on Being an Empath.

How this Empath Coach Can Help You Gain Skills

Might I recommend? Begin with this easy self-help book for empaths, “Become The Most Important Person in the Room.”

If you want more than that, I have published a short series of Empath Empowerment® books, three of them to bring you more and more skill as an empath.

Books in this series can open up a world to you, for a life with a natural self-confidence and an increasingly stable sense of self.

And when you’re ready for Skilled Empath Merge, there’s a fourth eBook or print book in the series. This can help you to use your fullest potential as an empath. It’s called “The Master Empath: Turning on Your Empath Gifts at Will — in Love, Business and Friendship (Includes Training in Skilled Empath Merge).

Whether you do Skilled Empath Merge or aura reading, these deep kinds of energetic literacy will take you to a level of detail within the human energy field. The ancient Sanskrit name is the “Nadis.” I prefer to call them chakra databanks.

Until you can read auras with that degree of detail, you’re not yet using your built-in gifts for full energetic literacy. I’d love to help you to claim that birthright.

Becoming Less Critical of Myself. A Guest Post by IRENE
Ayahuasca Alert. How ﻿Guillermo Arévalo’s Aura Is Almost Unbelievably Ugly