The Differently Disturbing Aura of another Ayahuasca Shaman, Metsa Niwue 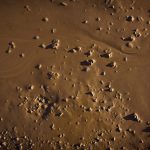 Still curious about what Ayahuasca really does? Me too.

Let’s continue this series about the dangers of Ayahuasca, offered with all due respect to the well-meaning spiritual seekers who have been considering drug tourism to gain the so-touted benefits a drug-induced high.

Here’s another side of the story, the energetic side — researched with the precision of Stage Three Energetic Literacy.

Sure, let drug advocates with undeveloped energetic literacy bend over backwards to provide “medical, legal, and cultural contexts for people to benefit from the careful uses of psychedelics and marijuana.”

People are the guinea pigs in this shockingly irresponsible experiment. Talk about contexts? The ultimate context is what a drug does to a person’s consciousness, and how a person will live as a result… long after the Ayahuasca high fades.

For that kind of context, no research tool on earth works better than energetic literacy, which is way more than being “energy sensitive.”

Today we’ll research a Frenchman turned Ayahuasca advocate… to find very different ways that the drug impacts him. Draw your own conclusions about what the first and second Ayahuasca tour guides share in common!Previously, on this thread, where I’ve been giving the Ayahuasca fad the attention it deserves:

What Does Ayahuasca Do for Spiritual Development? Welcome to a New Kind of Group Contest.

Another Shaman Who, Sooner or Later, May Well Feel Ashamed

Today I’m going to do aura reading research on #2 of the three curanderos (shamans) in the Ayahuasca documentary, Vine of Souls.

Today, energetic literacy will be applied to the aura of Metsa Niwue , originally “François.” I’ll be using the photograph at that link supplied. There, too, you can read his so-professional sounding description:

“Metsa Niwue is the senior Western apprentice to Guillermo Arévalo and a curandero in his own right. He helped establish Espíritu de Anaconda and has trained under Guillermos supervision for the last 13 years.”

Although might this raise your eyebrows a bit? “François credits ayahuasca with helping to rid himself of a heroin addiction and to giving him a new spiritual understanding of life.”

Okay, using a different drug to stop taking heroin. But is Ayahuasca really so harmless? So non-druggy as a drug?

Let’s Start with Something Positive about Metsa Niwue

For today’s energetic literacy research, let’s begin with a gift of his soul. In the system of Aura Reading Through All Your Senses® you read one chakra databank at a time.

Every chakra databank contains a soul-level gift, a distinctive and beautiful potential that person has for living in human life. In Enlightenment a person uses every one of these gifts of the soul; before then, it’s chancy.

Chakra databanks also contain information about how the person is doing now, at the time of the photo or while in person with you, receiving the aura reading. This changes a lot, and is the practical part.

Mostly I’ll read that today. But let’s start with saying something positive about this shaman who is doing his best, in his way, to help people.

This will be a gift of his soul at his Root Chakra Databank for Connection to Objective Reality.

And now on to the business end of each chakra databank, revealing what is going on with Francois/Metsa Niwue at the time of this photo.

Out to the moon. No question, Metsa Niwue has a very, very trippy consciousness.

He has learned how to clench down hard, in the back of his head — a style of consciousness adaptation where Metsa Niuwe uses primal circuits for survival.

That way he can to walk and talk and appear perfectly normal… while high as a kite.

Technical point: In the style of others who are addicted to drugs like weed (mildest form), cocaine, Ayahuasca and Metsa Niwue’s old friend heroin, the sense of identity is positioned at the astral frequency of the drug. Not human vibrational frequencies at all.

BTW, if this language about positioning of consciousness at different vibrational frequencies seems a bit unfamiliar to you, most people don’t know about these concepts yet. However, they are central to protecting yourself and functioning well in The Age of Awakening.

May I invite you to consider reading “THE NEW STRONG”? You can preview it here.

2 inches. Metsa Niwue is into Ayahuasca for the high. Not for sharing power with the astral beings associated with Ayahuasca, like that shaman I profiled yesterday.

Metsa Niwue just loves his high. The weightlessness. The sense of flow.

So, to him (as to folks with many forms of addiction, including spiritual addiction), it’s a sign of spiritual connection that he flows, gaining power through complete surrender to “The Energy” or “Life” or “Divine Ayuhuasca” or whatever the heck he calls it.

People make up all sorts of names for their addiction of choice, don’t they? We humans are just wired that way, because we’re usually just doing the best we can.

The slimy low-astral quality of Ayahuasca shows up here.

Summing up how Metsa Niwue relates, energetically, to doing what he has said he would do — that is, power integrity — anything that will get people to this “Truth zone” is worth it.

To him, at least at a subconscious level, the end justifies the means.

It takes the outsider perspective of Stage Three Energetic Literacy to assess the distinctive appeal of the particular astral frequency which seems so sacred to Metsa Niwue. And it’s that same slimy, very low-astral quality that I noticed yesterday, when researching the aura of a more experienced shaman specializing in Ayahuasca, Guillermo Arévalo.

1/8 inch. Emotional growth is completely shut down at the time of this photo, and the quality of this chakra databank suggests that Metsa Niwue has been living this way for a very long time.

Were he my client for some RES sessions of aura healing, I would help him to remove STUFF that causes him to have an entrenched inner detour by now (think “Energetic sub-routines” if you’re an experienced reader of this blog).

Metsa Niwue feels like he’s growing enormously, having constant and huge emotional breakthroughs. But really, he’s got the habit of going immediately from emotional experiences (Relevant Heart Chakra Databanks) to bringing awareness to chakra databanks about psychic-level experiences, like the next chakra databank I’ll be reading for you here.

Out to the moon. With great purity of heart (if confusion of mind), Metsa Niwue bows down to his “Great Masters.”

Given where Ayahuasca takes him, these “Great Masters” are low-level astral beings who gain their allure from The Romance of the Astral… plus Metsa Niwue’s long-established preference for astral adventures to evolving as a human being.

In these transitional years for The Age of Awakening, preferring astral energies to human ones is quite common. Although folks don’t understand consciously that this is what’s happening. By contrast, anyone can clean out confusions and pulls of certain new kinds of STUFF on the planet (new since The Shift into the Age of Awakening).

Then anyone can, quite easily, start living THE NEW STRONG. Where you enjoy your human life — and live it as though it mattered.

The gummed-up, shut down chakra databank is as confused as you’d expect it to be, given that Metsa Niwue has accepted an astral substitute for the Divine and figures he knows all about that.

Hey, such things have gone on since Moses hiked with the Israelites en route to the Promised Land, and he had to stop repeatedly because they kept getting confused and worshipping idols.

Okay, since before then, too. Such is the human experience, living at Earth School, which has always been rife with illusions. People get confused. By the end of an incarnation, however, we get cleanup and go back to being a gorgeous soul. One who has learned from the earthly incarnation.

After each human incarnation we also receive a life review. I learn about these from some of my sessions of past-life regression, where the client is greeted with reactions like, “What were you thinking? That wasn’t the plan for your life.”

Oops. Sometimes. But we’ll get all the chances we need to incarnate and keep on learning here at funny old Earth School

1/8 inch. Also in shut down, this chakra databank is slammed shut. It’s not just the impact of drugs. To me, it feels like a soul-level decision to play naughty.

With some people on the level of objective reality, what folks do and say, sometimes there is a kind of behavior that I call “Willfully stooooopid.”

When this happens, people are dumbing themselves down. And they realize they’re doing it. Only there’s some kind of payoff, like exploring life like a bimbo or himbo, or yanking other people’s chains just for fun.

That’s the quality I notice here with Metsa Niwue. Deep down, he knows that he’s playing a game about what spiritual growth really is. Deep down he knows the difference between God and some astral lowlifes. But Metsa Niwue is having fun this way.

It’s his Earth School experiment for now, and he’d like to bring along as many as possible. Under those circumstances, to him, what could be more fun that being so stuck yet acting like a great guru and spiritual leader.

No wonder, at the time of this photo, he’s doing his best to be taken seriously.

Sure, Ayahuasca really “cured” him of a “previous” drug addiction. Yeah, sure.

Which usually can be uplifting and brings way cheerier insights!

Skills for depth aura reading are so important for Rosetree Energy Spirituality (RES).

As a smart consumer in the Age of Awakening, you’ll find that energetic literacy is — quite simply — indispensable.

For a spiritual seeker, energetic literacy reveals what’s really happening with the consciousness of a shaman or a religious advisor or a televangelist or a spiritual teacher or an Enlightenment Coach.

Talk is cheap. Results from bad teaching… can be very expensive.

But energetic literacy protects you from false teachings, false prophets, spiritual advisors who mean well but are really in no position to teach you a thing.

As Blog-Buddy AJ wrote recently here, “Do you know what I find inspiring? That many of us readers here at the blog may very well be closer to Enlightenment then the inspiring people we nominate sometimes.”

Read about reading auras as a form of energetic literacy, at our Top 10 List about Energetic Literacy.

And, if you’re really curious about the full range of energetic literacy skills, as they can be developed by YOU, here’s an update about that was published in April 2016.

Sure, you can learn skills for deeper perception. No drugs required!