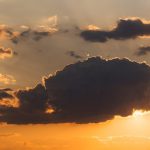 Are you’re curious about what Ayahuasca really does to a person? Aura reading tells you the real deal.  For instance, about the impact of Chelsea Handler.

Many of you have been curious, so we’ve done a whole series of blog posts about it. See them listed at the end of today’s article.

As a smart consumer, how can you balance the claims for the much-hyped wonders of Ayahuasca… against what the drug really, really does?

Use your skills for energetic literacy, of course. And that’s just what Blog-Buddy SAM has done for us today.

SAM doesn’t just do research like the kind I requested here at the blog, recently. He does researching for fun, and for friends. One recipient of an aura reading — a conoisseur of psychic readings — was just flabbergasted at SAM’s perceptiveness. She told him, “This aura reading you did for me is by far the best that I’ve had. Ever.”

Yeah, Sam! Here he has given us an aura reading of Chelsea Handler, using before-and-after photos taken from the Netflix video, “Chelsea Handler Does Drugs.”

A gift of the soul is present here as someone who is carefully guarded.

Chelsea says and does what she wants. She has a talent for saying no to what she isnt comfortable doing.

This chakra databank shows a beautiful representation of Divine Love, emanating the potential for her soul to joyfully express its freedom as a child of God.

Regarding size, this chakra databank fills the studio. Surrounded by cameras, Chelsea calls the shots.

The quality of confidence here is so strong, it makes it very difficult for other people to say no to her. Combined with a childlike quality of exploration, Chelsea is able to persuade just about anybody to come and play.

Now this chakra databank  comes out about 1/8th of an inch.

Chelsea really doesnt want to be working right now. She wants other people to make choices for her.

Seems to me, she doesnt really care about much in her life at the time of the photo.

She also seems VERY hungry, in fact, her body is starving for nutritionbut she doesnt even have enough personal power to order herself a sandwich.

When it comes to Power Integrity, it comes out about 1/8 of an inch.

At the time of the photo, Chelseas a little confused and overwhelmed.

She seems concerned about the conversation, and whether the topic shes discussing would make good television.

The quality of this chakra databank shows someone who would do just about anything to make this topic appear interesting.

Theres also a sour taste of disillusion present. I suspect that Chelsea is on some type of drugs while filming this segment.

When shes forced to use her power, shes responsible with it.

Excuse my profanity, but the following comment (quoted from the video) describes what I experience going on in this chakra databank:

I dont want to fuck up anybody elses life as much as I have mine.

But even though there are good intentions here, this chakra databank of Chelsea’s still reveals a lackluster quality — making minimal effort when making decisions that impact other people.

There is a gift present here, a very Divine gift, of always being able to pull through WHILE honoring her feelings and the feelings of others.

I have a strong suspicion that this person was born an empathspecifically that of Emotional Oneness. It comes out about 8 feet.

As an new Aura Reader, I am not very experienced as an Empath, but at the time of this photo, this chakra databank clearly shows a mixed bag of emotions.

My impression is that she is doing an unskilled Empath Merge in this very clip.

It has a quality of someone who has trouble expressing her emotions. Its like her current state of consciousness (perhaps a drug induced state) is keeping her from really engaging with others in a way that truly honors the gifts of her soul.

She has the natural born talent to connect with the interviewee and the audience in a way like Barbara Walters does, but instead shes only expressing a small fraction of what shes capable of.

She isnt feeling right now, which might be a temporarily relief from an Empath with a gift of Emotional Oneness.

Its like she was a plane that had just reached 40,000 feet, but then the engines failed and she quickly came crashing to the ground.

The feeling here is TRAUMA.

Taking Ayahuasca was certainly an experience of a lifetime (one shes not likely to forget), but there is a haunting quality that shows in her aura.

It reminds me of arthritis. Its a dull ache shes now carrying around with her.

On the Divine Level, Chelsea has a gift of being a Spiritual Warrior one who helps others recognize the spark of God in each of them.

Chelsea has a natural ability to help others recognize their own inner truth.

Regarding size of this chakra databank, it goes out 25 miles.

The work shes doing right now seems be just as fulfilling to her as it is her audience. Theres a childlike quality to it, as if shes doing something shes never done before.

Its new to her, but also a little scary. Theres a level of doubt present, that perhaps she isnt smart enough to be discussing these topics, but shes pushing through (doing whatever her producers tell her to do) in order to finish what she starts.

The beautiful gift of her soul at this chakra databank — that one I described as being a Spiritual Warrior — now shines dimmer than before.

Theres a loss of inspiration here.

Her inner voice is now more distant from Divine Truth than it ever has been in her life.

To me, this suggests that Chelsea now delegates of her spiritual growth: I dont need to find what I do interesting; other people can do that for me!

Third Eye Chakra Databank for Connection to Astral Beings — BEFORE

This chakra databank goes out about 25 miles.

Theres a life-sucking, presence of darkness here. A presence that leaves her physically tired and emotionally exhausted.

Being in the public eye has made Chelsea extremely sensitive. There is a lot of chatter that keeps her up at night. Even through all of this, she is surprisingly successful at staying grounded and present with other human beings.

Third Eye Chakra Databank for Connection to Astral Beings — AFTER

Now this chakra databank goes out to the stars.

Chelsea now has a network of astral beings advising her on what to do next. Its her new found intuition.

At the time of this photo, shes become incredibly receptive of this sort of thing.

Note from Sam: Something is NOT right about this databank. She doesnt look like she is all the way in her own aura in general and this chakra databank in particular.

Her aura has a machine-type quality to it.

Third Eye Chakra Databank for Connection to Spiritual Source — BEFORE

It has a skeptical quality  as if events throughout Chelsea’ life have made her distrust anything rooted in religion or spirituality.

Chelsea’s human experience seems too simple and easy for her to find it interesting.

My impression is that she has a very deep desire to be more than just a boring human being. Even though she doesnt have much of a spiritual connection present, there is a longing to connect to God and awaken to real spiritual experiences.

Third Eye Chakra Databank for Connection to Spiritual Source — AFTER

Out to the stars.

She is now deeply concerned about what shes supposed to be doing in the world (as if her human life in the BEFORE photo didnt matter).

Using this drug has created an awakening-like experience, one that was life altering! But not necessarily in a good way.

In Chelsea’s BEFORE picture, her relationship to Spiritual Source flowed like a river, and her consciousness flowed naturally.

In her AFTER picture, connection to Spiritual Source flows like a river that cuts off to a dam, one that creates electricity and powers an entire city.

On the other side of the dam, shes so siphoned off, she barely expresses her human life.

What Does Ayahuasca Do for Spiritual Development? Welcome to a New Kind of Group Contest.

The Differently Disturbing Aura of another Ayahuasca Shaman, Metsa Niwue

Pitiful! Aura Research on Ronin Niwe, Ayahuasca Salesman
My Milestone with The New Strong. A Guest Post by BERNADETTE