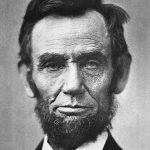 Energy Spirituality Professional, ISABELLA CATES, offered to research his aura. Skip to the end of this insightful guest post for more about energetic literacy skills.

Just a bit more preface for now, though…

Because Otherwise You’ll Find This Aura Reading Quite Shocking

These days, Blog-Buddies, many people are finding it difficult to adjust to the Age of Awakening. Hey, that’s why I wrote “THE NEW STRONG,” to help. During this transitional time, people are responding in certain ways:

Please don’t worry about developing extreme spiritual addiction. It’s unlikely to happen unless you’re desperate for ever more fame, market share, money, or power over others.

However, I’ll warn you right now, Senator Mike Pence is one of the people in that fourth group. And a certain new British Prime Minister also is experiencing a variation of this transitional problem — just for now, a blip in history, as people are adjusting to life in the new years of the Age of Awakening. (I’m so sorry to report this news that will impact Merrie England, but there it is.)

Oh yeah, guess what else?

Recently, by popular demand, I also wound up publishing a series of four articles about Ayahuasca.Well, these are also portraits of extreme spiritual addiction.

Some people enjoy this energy sharing, like the three shamans I researched. Others don’t, and Mike Pence is one of the people who has passed a point of no return (for a while at least) and is NOT enjoying his current state of consciousness.

ISABELLA has been blunt in describing what is going on at the chakra databanks of this Indiana Governor, including how he feels at a subconscious level.

Again, warning. This is not pretty. But I decided that in the case of important political candidates or government leaders, it is important to use deeper perception to tell it like it is.

This blog isn’t about politics, nor do we emphasize this flukey problem which causes problems for a relatively small number of people, mostly celebrities. Just check out the great majority of articles here at “Deeper Perception Made Practical.”

However, this blog is about using energetic literacy to function better in the world, make smarter choices. In advance of America’s presidential election, I think it’s important to post aura readings of both candidates for president and vice-president.  So today it is Pence’s turn. Go, Intrepid ISABELLA!

Here is the picture I used, Mike Pence standing on stage with Donald Trump a few days ago, before he’d been officially selected.

Slimy. So deeply entrenched in his ways of thinking and then acting that its as if he will never be able to climb his way out of this swamp he lives in.

Presence of many astral entities, just clamoring for attention.

Attention from adoring others is the only thing that makes him feel good again, even if that’s only for little shards of time, as his awareness (and his sense of self) very quickly alternates between variations on creepy, hateful darkness and the sweetness of receiving attention (and political power) at a rally.

In this databank right now, Mike Pence is desperately screaming, I matter! I matter! Help me!

He is feeling so out of control, as if his life is happening without him. Like he has lost command of the control board to his own life.

Slimy as can be.

Hatred and disdain for human beings. They are all so stupid and inferior.

For Mike Pence, now, there is no need to tell the truth The only motivator might be the screaming, aching pain he is feeling inside, pretty constantly, as this databank screams out,  HELP ME!! I AM SOOOOO LOST!!!!

But at this point, the way Pence acts is probably not ever motivated by his human pain, or by anything like compassion, understanding, or sadness.

Due to the entities who are now mostly controlling him, the man is motivated by hatred, disgust, and a delight for messing with people.

About the entities: Mean, nasty, carelessly cruel and cruelly careless.

As for Mike: Increasingly out of touch with human goodness, with layers and layers of nastiness building on each other like layers of a swamp.

2 feet. Hard and coated in slime.

I will do what I say I will do if it means Donald Trump will pick me as his running mate.

In other words, Pence is able to selectively follow through when it means hes getting something he wants.

In this case, he has determined that in order to be selected by Trump as VP, he’s got to follow through with Trump and his camp in the weeks he’s being vetted. He’s got to seem like an upstanding guy. For now. To the people that matter.

Other than personal grabs for power, or casually messing with people just for the fun of seeing them feel powerless because of something oh-so-powerful he did, there’s no concern for integrity here.

In the deep recesses of this databank, Mike Pences soul has given up. (For now, anyway.)

Out into deep space

A deep allegiance with astral intelligences beyond this planet. When it comes to these energies (which are not remotely Divine) Mike Pence is in total alignment, total integrity.

From the entities: Hatred of people. Out for revenge. God hates me, and I hate Him back.

And: This is so much fun, playing this game of human and getting to hate everyone so closely. It really has a big impact, bigger than I would have had otherwise.

For now, Mike Pences soul is sleeping. Fitfully, as if having the worst and longest nightmare, one he can’t wake up from.

A total loss of control of his own life while he watches terrible, terrible things happen.

There you have it, folks, the running mate selected by Donald Trump.

All these are my emphasis in every skill set of Rosetree Energy Spirituality. Usually you will read auras for fun, just like reading regular words on a screen or a newspaper for fun.

But, hey, how many ugly things are showing up these days in newspapers and the like?

That’s the only reason I am devoting blog space to the topic of extreme spiritual addiction. Voting is a choice. Know about the choices and share this idea with your friends.

Just for perspective about the gentler joys of learning to do your own aura reading, with accuracy and ease, know that Stage Three Energetic Literacy allows experiences like these to become available:

Finally, if you’re really curious about the full range of energetic literacy skills, as they can be developed by YOU, here’s an update about that was published in April 2016.