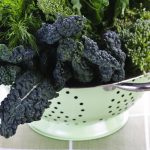 Famously — and that’s a word one naturally associates with Steve Pavlina — the blogger has touted the benefits he has enjoyed on his raw, vegan diet. I’m going to research just what that does for him in terms of personal growth in general, reading his aura in particular.

Given his rep. as one of America’s kings of personal development, wouldn’t it be ironic if his aura showed that the raw, vegan diet might not be as great for him as he proclaims?

You Blog-Buddies may know, I’ve been offering an occasional service with free aura readings… to explore just how great a vegan diet is for public figures who endorse it. MEL is the latest to submit a candidate for the type of aura reading described at that blog post: To put today’s aura reading in context, please read this article first.

There you’ll find MEL’s inquiry about Steve Pavlina in Comment #177.

So Now I Will Research ONE Way That

Of course, I’ll be using skills of energetic skills. Not everybody has developed energetic literacy skills yet. Not yet, anyway!

Though if you can read these words, you’ve got word literacy. Thus, you are equally capable of developing the energetic kind of literacy. So useful for being a smart consumer! Because the way you eat isn’t just about your energy level. It can be part of your personal development, speeding you up or slowing you down.

Lo and behold, here’s Steve Pavlina, as pictured in this photo. He’s proud to have broken his “addiction” to cooked food, proud to have gone from vegan to raw. This is one article he’s written about eating raw, plus you’ll find plenty of extra links at the end of that post. Concluding, he advises readers to find ” like-minded people who  for whatever reason  feel naturally motivated to live like aliens.”

Surfing through the tidal wave of Steve Pavlina’s persuasiveness, I couldn’t help but wonder. Is social inconvenience the only problem with eating raw?

Of course, Steve Pavlina is highly persuasive. That’s one secret to his exceptional success as an authority on personal development, earning him a huge following.

However, when Steve Pavlina touts the benefits that he has noticed through his food lifestyle  — he isn’t bringing perspective as an expert at the type of personal growth called Rosetree Energy Spirituality (RES). Not blogging as somebody with energetic literacy. Which is where this much lesser-known blogger can shed some light today.

Okay, take out your kale and let’s get started! (I AM going to have some as part of my lunch. Cooked kale and collards, though, plus some other vittles. Then I’ll be back for this aura reading.)

Out to the moon. Overfunctioning.

Who’s “Steve” now? Kind of a merry throng. Yes, it does seem to this aura reader that Mr. Pavlina is now living in extreme spiritual addiction. To my perception, many beings are involved in running his life. It’s a different sort of game to be playing while human.

I don’t recommend this way of life, but it’s being done by plenty of famous people (and some not so famous). All I’m sharing at this  blog is my energetic literacy perspective. Anyway, continuing…

Objective reality is dimly noted as astral beings look out through his eyes.

Evidently one enticing part of sharing life with Steve… is the opportunity to influence so many people to take the advice that issues forth from his lips.

So far? Aura reading Steve Pavlina does not suggest a ringing endorsement of his raw, vegan diet.

Steve Pavlina is very, very proud of his body. This is an area of his human personality where the man still identifies stongly, large and in charge.

No wonder it would be important for him to tell people about his wondrous diet, eating raw.

Out to the moon. By the time of the photo, perhaps Steve may not have been in his current consciousness lifestyle for long. I note this because I find still-vivid traces of his can-do attitude and exceptional talent for solving problems.

By this time in his life, however, he’s also got a way of “giving over to the sacred energies.” And this predominiates.

Of course, the astral entities sharing Steve’s life are not Divine Beings but astral ones. In the Age of Awakening, Divine Beings don’t do channeling or that extreme sort of spiritual addiction. (You can read a bit more about this in “THE NEW STRONG.”)

Steve Pavlina’s influence has probably increased a great deal after he went through “a longer, more severe detox period” while settling into the raw lifestyle. Astral glow can really add to charisma that some people may find extra-impressive, a way that Steve now seems really special in his personal presence.

Curiosity and interest about the Divine are differently satisfied now. Exploring  what I call the “Romance of the Astral” is much more appealing.

Each to his own, right? Spiritual addiction does appear to be a pretty consistent finding, when I use energetic literacy skills to research the auras of people who have been eating raw for some time, and some long-term vegans as well.

If you’re looking for a diet that is right for you, one option is Thrill Your Soul Aura Research with an RES Expert. Otherwise?  I’d think twice before following advice from anybody who speaks in terms like “addiction to cooked food.”