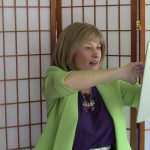 Aura reading Tim Kaine, what is my big surprise about the candidate for vice- president?

Juicy details are the fun part, of course. Join me as I conclude this series of five YouTubes to help with Election Decision 2016.

Hey, I Know This

If you’re an American, you’re probably not going to cast your vote because of vice-presidential candidates.

Maybe you may not even be inclined to watch their big debate, broadcast tomorrow night.

Nevertheless, the lower half of the presidential ticket can tell you a great deal about the team.

Energetically, Both Teams Couldn’t Be More Opposite

To be really blunt, what can you expect to happen in America when if the election winners are these Republican folks?

Yes, all three of them are living in extreme spiritual addiction. (See yesterday’s blog post for tips for recognizing public figures with this consciousness lifestyle.)

By contrast, with the Democratic folks we’ve got:

And, just in case you’re curious, about the current team:

Sure, Republicans can be in Enlightenment also.  So far, I’ve identified former First Lady Betty Ford as having achieved Enlightenment. Whenever you have other politicians to propose for my Enlightenment Life List, go ahead and nominate them. Wouldn’t that be great!

More about this Aura Reading of Tim Kaine?

First and foremost auras don’t lie. That matters most to me. How about you?

Probing the mysteries within each one’s chakras — thats easy.  Due to having skills, you can put politics and other perspectives aside. Simply use energetic literacy skills.

Since they’re like word literacy skills that you’re using right now, how hard is that?

Energetic literacy is a survival skill in this Age of Awakening.

And it’s just a set of skills. I use em. I teach em. In today’s YouTube about Tim Kaine, here they are in motion.

For a voter, it helps to bring nuance and clarity.

Although commenting is disabled for this iMovie, this blog post has been created so that you can share your reaction to Roses my last YouTube for a while.

Inquiring minds want to know. What do you think of this very human guy, Tim Kaine?