How to Survive a Trump Presidency 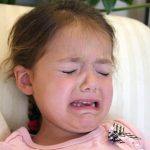 A Trump Presidency  — Some of us will never forget the grief and fear caused by this election. How can we bear it?

Yes, how can we bear it? And how will we survive a Trump Presidency?

That’s a question heard around the world. Abroad, the U.S. used to stand as a source of inspiration. Now we are feared.

Many of us in this country echo the sentiments of Guardian writer Jessica Valenti, “I thought I was just scared of Trump  but it’s his America I fear.”

How can we survive this?

How Can We Bear a Trump Presidency?

The question dawned upon me as I sat with my husband, watching TV election coverage. We sat in the same room where, in 2000, we saw the presidential election start to go terribly, terribly wrong.

Yet we did survive eight years of a Dubya presidency. Now we must learn how to survive something even worse, a Trump presidency. And I thought I was praying a lot about my country before this election!

Thank goodness, I awoke on this grey morning with my first idea about how we can bear all this. Because some Americans are jubilant. Others never cared. But some of us followed this campaign very thoroughly, and we do care a great deal.

For us, my share today: My first clarity as a teacher of personal growth after the election of Trump. Today’s article articulates my first idea of a something that each of us can do, if we wish.

During the Trump Presidency, Fall Back on Yourself

Fall back on yourself in a very human way. This will help you to do the best you can.

Second, what does that ancient ideal mean now, in The Age of Awakening?

“Fall back on the Self” is advice that I used to get from my guru, Maharishi Mahesh Yogi.

Attending courses on Transcendental Meditation (TM), I heard it plenty. Since I sat at Maharishi’s feet for a year altogether, taking teacher training courses from 1969 – 1975, I heard this idea quite often.

What did Maharishi mean with his recommendation? (Disclaimer: It’s very, very different from what I mean by mine.)

Fall Back on Your Self… Long Before the Trump Presidency

Back in the day, Maharishi invited us to pay attention to silence. To bliss. To Higher Self.

As in the following paraphrase of what he encouraged us to do. Remember, please, what follows is advice I’m adapting, not recommending. Anyway, Maharishi’s version went like this, as I understood it:

“Suppose you’re hanging out with your best buds and somebody hurts your feelings.

“Don’t sit and feel sorry for yourself. Instead, pretend you’re meditating. Just for a split second.

“Re-experience the transcendence from human life. Breathe the breath of God, and witness your Self, playing a little human game.

“Be uplifted, spiritually. Because that is the only learning that matters.”

Living today, doing this would be a great recipe for developing spiritual addiction.

Trump’s Presidency Demands that We Do Something More HUMAN

Living now, in this Age of Awakening, what does it mean to “Fall back on your Self”?

My slogan looks more like this. “Fall back on your human self.”

No matter how scared or disgusted you feel about a Trump presidency, don’t let that mess with your mind. In particular, don’t disassociate from what people say and do. Although that may bring you comfort, you’ll slow down your personal growth.

Turning down the radio or TV sound whenever Trump’s voice comes on? To me, that’s standard operating procedure with media. 😉 Which doesn’t require disassociating, since there are plenty of other things in life to notice instead of this particular man. Thank God!

What else? Never seek to protect yourself from Trumpism by transcending “mere” life in ways like these:

In short, please don’t try to survive the Trump presidency with a consciousness lifestyle that would propel you into spiritual addiction.

My theory? Many non-voters have been in spiritual addiction; and probably this is true of all who voted for Gary Johnson.

To Survive a Trump Presidency, Tip #2. Don’t Numb Yourself.

What does that mean, numb yourself?

Many folks are adjusting to The Age of Awakening by shutting down their hearts and minds.

What is that like, with awareness? An everyday triumph of denial. Incidentally, this shows clearly in auras. What human-type behavior corresponds?

In my experience researching auras, any of these choices leads to an energy-level pattern of spiritual shutdown.

From what I can tell with research using energetic literacy, most Trump voters live that way.

Like spiritual addiction, the consciousness lifestyle of spiritual shutdown can always change. Assuming that a person feels the desire to change.

Of course, you can choose the option to stay human.

Fall back on your human self.

Given your particular human situation, right now… figure out how to do your reasonable best. Then follow through.

Previously at this blog, sometimes I have written about this consciousness lifestyle as human-based spirituality. Of course you can live that way.

Want to take that even further? Upgrade your skills with my Program for Easy Vibrational Balance.

A Trump Presidency Cannot Take Away Your Humanity

Not unless you let that happen. And I know you won’t.

So let’s review. What does it mean to do your reasonable best as a human being?

The Horror of a Trump Presidency

Yes, sadly. A Trump Presidency is becoming our reality in America.

Oh, Blog-Buddies, I’m not happy about it.

Sitting in front of the TV with my dear husband, watching election results, I saw the usual joy leave his face. The color drained out. Even his extraordinary equanimity! (One of the very distinctive ways that my husband’s light shines out, something about him that I love so much.)

But no Trump presidency will steal away my husband’s equanimity. And not yours or mine, either.

In the long run, we’ll all do just fine.