Truth Light. What You Can Do During the Trump Years. 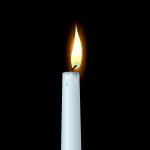 Truth Light is a form of spiritual volunteer work. Can you take two minutes a day to help send the light of spiritual truth into America and the world? Because if you are, today I will teach you one way to do that.

Three things got me thinking about this. And then I had one Aha! about this form of spiritual volunteer work.

Blog-Buddies, first I will to tell you about these three WHYs. Then I’ll share with you the simple WHAT.

Turning on the radio is tricky now. Usually I’ll listen to a congenial public radio station while getting meals ready — WAMU or WETA. Unfortunately what has happened since the election? Now I never know when I’ll have leap across the room to turn that radio off.

When Trump’s voice comes on the radio, for instance. Too creepy for cooking anything other than curdled food items. 😉

I’ll assume this has been his first major lie on Twitter since the U.S. election. Guess I could find out if I followed him on Twitter? Ooooh, I think not.

Driving my car in the neighborhood yesterday, I thought I’d add to the fun by listening to a talk radio show, also on WAMU.

What came on the air?

It sounded like a voice clip from a movie. Yum, movies! America’s refuge of pop culture. 🙂

An actress was saying, to paraphrase, “Money was so tight.”

Then the woman, whom I’ll call “Josephine,” continued like this. “Obamacare was so awful. I had to make a choice between insuring myself and my old, sick father. So I cancelled my health insurance.”

“Golly,” I thought. “This is some powerful actress. She’s putting out such intensity, sounds like Academy Award quality. Funny, I don’t recognize her voice.”

Then came the clincher. Josephine shrieked triumphantly, “And that’s why I voted for Trump.”

Emotively, the impact was stunning. Yet spiritual light, the light of truth, was entirely absent.

Why Do I Count This True Expression of Feelings as… Crazy-Talk?

What about objective reality, though? Was voting for Trump going to bring back this poor woman’s health insurance?

Look everybody is entitled to a point of view.

But this passionate outburst only seemed to be about objective reality. Seems to me, Josephine voiced heartfelt and passionate sentiments… which she cut-and-pasted onto a tiny bit of reality. Emotions aside, what she said — and did — made no sense.

And speaking of what has happened in objective reality

By 2016, Obama’s Affordable Care Act has succeeded in insuring 20 million Americans. Otherwise they would have no health insurance. Neither Josephine’s Dad nor Josephine, presumably.

How did Republican politicians help this program succeed at giving more affordable coverage to folks like Josephine? Congress passed at least 50 bills designed to destroy “Obamacare.”

Trump’s stated idea to “Repeal and replace” is highly unlikely to give Josephine better insurance. Don’t be surprised if all 20 million Americans are left without any health insurance whatsoever. Again.

In which case, will Josephine and Republican leaders blame Obama for that, too?

What, you didn’t know that people could actually win prizes for telling the truth?

Guess what? Every single year Joe won an award for Most Honest Employee.

Why? He would tell the truth to people at work. Combining that with his exceptional intelligence and diligent work habits — no wonder Joe was a standout force for integrity in his workplace.

How Do All these Truth Light Motivators Add Up?

It was my morning Technique Time. I’d done my usual morning routine — which, incidentally does not usually involve Technique Time. This includes asking out loud for God to bless certain people in my life. By now I also ask God to bless Obama, Clinton, Trump, and Pence (and their families).

Fine! Next I sat down for five minutes of eyes-closed Technique Time. A version called, “Close Your Eyes and Hello, God.”

Count this as one of the perks of Enlightenment. When you close your eyes, God is right there. No place to go. Meditation simply removes the human-type distractions.

So I was just doing my personal thing. In my work day to follow, I sure wasn’t planning to post at the blog in my role as Enlightenment Coach.

Lately there have been many daily posts. Sadly, these take away from the time that I’m spending on some other RES projects. (Just so you know, allowing comments takes just about no time at all, and it brightens my day. Please keep up commenting here!)

In meditation, I found myself co-creating what I’m about to recommend to all of you, a “Truth Light” Technique.

Afterwards, I was tempted to teach it to you ‘all  at the blog. But I thought initially in terms of setting a particular time for us all to do it together. What a puzzle that would be, given some of you live in east coast time, central time, pacific time, various time zones in Europe and Africa and South America and Australia. Oboy!

So I did a bit of “Questioning” to expand my thinking. (BTW, you can learn my “Questioning” technique from any of these RES books: “Aura Reading Through All Your Senses” OR “The Master Empath” or “Cut Cords of Attachment with Energy Spirituality”).

While “Questioning,” I asked if there was any feasible way that I could invite RES people to do “Truth Light.”

Then, Aha!, came the beauty part. What if all who choose to participate would do “Truth Light” at any convenient time, whatsoever, once a day?

Picture little candles shining out at random times all over the world. Yes!

So, Blog-Buddies. Consider yourself invited to bring this troubled world the blessing of “Truth Light” Meditation. On your schedule.

How You Can Shine a Truth Light to Bless the World

Since it’s Technique Time, please fold this into your regular time period. Which you time with a clock. (To learn more about this, read a full explanation in “The New Strong.”)

Do not, for instance, mix this in with casually reading the blog. For your own good, keep your energy hygiene strong.

As with the rest of your Technique Time, prevent interruptions in advance. Remove pets from your room, and close the door. Alert roommates. Turn of your mobile, etc. Then:

Practial Extra Bits about Truth Light, Including Something Cute

Time yourself and you’ll know how long “Truth Light” Technique took you this time.

Unlike Rose, you could wallow for longer than two minutes, of course. I’m the speedy type.

Just be sure to track that part of your Technique Time. How long, in minutes?

Following the schedule you have set for yourself, don’t go over. Five hours a day of Technique Time, or 30 minutes even… could really compromise your quality of life. (Trust me here, and my experience with helping RES clients.)

So what’s the cute part about the “Truth Light” technique? After first-drafting this post and doing my morning sessions with clients, I went downstairs to lunch. Reading the newspaper, I learned what is the new word for 2016, according to the Oxford Dictionaries International Word of the Year.

Incredibly, the Most Popular, New Word in the World. Can You Guess?