The Householder Enlightenment Game. A Guest Post by PENELOPE. 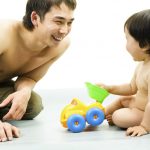 Of course, stakes are high in choosing to play the Householder Enlightenment Game. Because many of us have spent so many lifetimes seeking the other kind of Enlightenment, playing that thrilling game instead.

Differently beautiful, what used to be the only Enlightenment game in town? The Surrender Model of Enlightenment.

Maybe the most controversial aspect of Rosetree Energy Spirituality (RES) is my work as an Enlightenment Coach. Helping us, the first cohort of humans on earth in The Age of Awakening, to understand that we do have a choice. And we can choose to play this new game in town, the Householder Enlightenment Game.

I’m grateful to PENELOPE for this guest post. So inspiring to me, is her particular flavor of playing — and winning — the Householder Enlightenment Game.

Note: At a certain point, I introduce an article headline that mentions Twister. In case you’re not familiar with this game, it requires that you move in ways dictated by the game itself. Here’s a link to the game of Twister, in case you’d like to learn more. It’s a game very unlike The Householder Enlightenment Game.

Enlightenment is very curious, and a challenge to put words to. This new model of Householder Enlightenment, is even more so. Each experience of it varies because in this new way to live is a wonderful emphasis on individual soul expression.

I have a deep inner sense of oneness. At a deep, foundational level, I know that I’m not separate from God at all.

At the same time, I know that being in this human life is a fascinating game I’m playing with serious intensity.

How do I engage in that game, at a big-picture, consciousness level? Rather deliberately, I am choosing to engage very directly with the brand-new possibilities in the Age of Awakening.

It’s the reason I incarnated now.

Enlightenment, for me, is a game of of separation where I pay attention only to the uniqueness that I am.

My default reality is limited to the facet of God that I am.

Sure, if I think about it (in Technique Time), I know that I’m One with God.

But usually I don’t play the Householder Enlightenment Game that way. Because that’s not the game for me now. Instead, the game for me is what happens when I’m disconnected, apart, separate from God.

(Of course, Technique Time, specific co-creation with the Divine, and other spontaneous Divine connection happens for me on a regular basis. But that is quite different from a constant, lived knowing of Oneness and non-duality.)

The game is what happens when I’m separate from the All-ness of All Things, disconnected from Perfection Everywhere Now. I’m discovering the intricacies of difference, and possibility that arise in this.

For This Game of Householder Enlightenment, My Human Self Matters

How else can I describe this particular game? Imagine that I’m a prism. Light pours in through the top, then transforms after moving through that prism.

For me, this time isn’t dedicated to awareness of Oneness in God. Rather, I’m enjoying a unique separation as one distinctive human being.

It’s a time of learning, growth and play — in ways that are possible only in that state of separation.

Clearly, this unique playtime is limited in time and space:

Guess what? All the fun and reward of it requires that an experience of separation from God — along with the frictionless flow that Rose has described in descriptions of Enlightenment like this one.

Consciousness flows in a way that allows me to pay rapt attention to this human lifetime. Not to the Oneness that I know is there. Instead to the highly distinctive Me-ness.

From my perspective in Householder Enlightenment , experience reveals to me again and again: Enjoying my human incarnation  is the spiritual purpose of living at this historical time, dwelling in this particular place.

Intense! With a very human kind of intensity, I explore diving into the rich flow of emotions.

Not blissful underneath all experience (as happens with The Surrender Model of Enlightenment), I notice more the ever-changing surface of experience.

Humanity in Householder Enlightenment really can be a game. And not just theoretically. As the saying goes, “I have skin in the game.”

Therefore, the Householder Enlightenment Game can demand that I puzzle out solutions to my human challenges.

No cosmic GPS guides me. Only my intellect and limited knowledge.

Twister Is Not The Ultimate Game, Not To Me

Sometimes the Householder Enlightenment Game involves moving my own individual body! And who gets to choose how? Me.

And it’s not like, “What an interesting way to move the arm.” I’m involved.

Another way of exploring householder-like involvement in my life involves caring about people. So much about this very individual, so-human life of mine enlivens my relationships with other people. Of course, this is where it gets really, really interesting.

Why do I get to learn and engage with others in such an intense way? Because of my foundational disconnection from other people. Let’s hear it for non-non-duality! (With all respect for those who are adoring that different kind of Enlightenment that does specialize in non-duality, Oneness.)

(So Vital For The Householder Enlightenment Game)

In my individualistic separation that lingers in this new kind of Enlightenment, so much learning becomes possible.

What fun, learn more about people in very human ways! An especially fascinating part of the Householder Enlightenment Game is this: How important it becomes for me to know others more intimately. Because we’re not all one, not in my experience.

Moreover, as rules of this game would have it, communication is how we learn about each other. How? With that funny, limited, human part of the game: words.

As my Householder Enlightenment Game progresses, sometimes I’ll find conflicts where other people and misunderstand each other. Then we can find a way to resolve it, or at least we can try.

Everyone can win. In Enlightenment, it’s thrilling to me. I revel in the challenge of figuring out all the many ways in which other individuals differ from me. Anything from a different food preferences to a difference in that other soul’s long history, which impacts how we relate together now, in this human life.

What Can You Win, Playing Householder Enlightenment Game?

First prize: I become more able to see what makes each individual here unique and different.

Second prize: I can explore which gifts and talents they bring to our shared world.

Third prize: Increasing I’m able to accept that this “other someone” has an experience of life that is totally different than mine .

Always a prize, a treat: I keep discovering and re-discovering the funniest thing. Another person’s otherness is just as glorious as mine. Despite, sometimes, I may not understand it very well at all.

The way I see it, this is another way of understanding Oneness, to recognize the separate threads so clearly and learn the glories that can be created in that way.

This is a far different experience than would ever be possible without living as a separate being. A strong illusion of separation is a challenge yes, but also a great privilege.

What’s the essence of the Householder Enlightenment Game for me? What happens when I believe in and do things in a duality world of slow, low vibrational frequencies with cause and effect; a game board replete with so many things, both hidden and unseen.

Sometimes a Game. Sometimes A Quiz.

Earth is always going to be a tough school (or, as KYLER has described it, a lab). It’s designed that way. I’m fascinated to see what those of us in Householder Enlightenment… can do with it now.