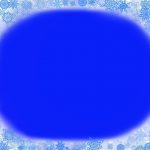 What’s a grief howl? Mourning on a social level. Lamenting the loss of a group. Acknowledging when something has gone terribly wrong with many, many cherished individuals.

Today I’ll come clean and acknowledge my personal sense of loss. Truth is, New Age doesn’t work any more. Probably I used to invest as much in New Age as any of you who are reading this.

Before you can fully thrive in the Age of Awakening, what’s stuck for you? Might you also benefit from grieving a little. So it’s possible that the little two-part series I first envisaged… will turn out to be a bit longer.

You see, last night we began a blog discussion over New Age versus The Age of Awakening. Originally this short series was meant to simply be educational. Helping readers to separate out current truth from beliefs and practices that, sadly, are now obsolete. Why?

Fact is, until we move on, humanity can’t benefit from the glorious potential of this Age of Awakening.

Before we say hello to the new, sometimes we must say goodbye to the old. That includes admitting what all humans on earth happen to live at a time that is decidedly post-New Age.

Grief Howl, Despite Gratitude for The Age of Awakening

Last night I thought, “BERT’S guest post could be such an excellent teachable topic. Besides, he’s a brilliant guy who loves to learn. If anyone could be a good sport about this discussion, it’s BERT. So bring on new knowledge about how to thrive in The Age of Awakening!”

What didn’t I think? Mourning. Grief. Even howl!

And yet here it is.

So today I’ll give voice to that.

Among other things, this blog serves as a historical record, documenting one courageous group of consciousness pioneers who are exploring leading-edge ways to make life better:

We Blog-Buddies who seek personal growth and spiritual awakening. We, the people who happen to live now. Dring earth’s transition into The Age of Awakening.

A Grief Howl. How Often Have You Felt That?

Seldom, I hope. For me, seldom. Thank God.

But ever since last night, what has been running through my head? The start of Allen Ginsburg’s poem “Howl.” His kaddish. How the poet grieved over members of his spiritual family and sought to find truth.

Ginsburg’s lament is almost unreadable, painful to hear. I’ve never managed to read read all the words, or listen to his recitation. Such florid writing and astral drama, to my ears at least. Yet part of his first line is enough to give you the flavor of “Howl.”

“I saw the best minds of my generation destroyed by madness, starving hysterical naked….”

In his case, the beatnik poet was grieving for his fellow hipsters. Why do I grieve?

Brilliant Deepak Chopra. I’ll use him as an example.

Sitting in the audience when the TM superstar spoke — long before he became a New Age superstar — how I admired Deepak Chopra. He dazzled. Unquestionably he was (and is) the most brilliant speaker I have ever heard. Later, I read and loved so many of his books.

Really, who expressed New Age beliefs better than him?

Yet post-Age of Awakening aura reading research reveals that Deepak is no longer Deepak. Instead, this man’s consciousness has shifted. And not in the way I’d call “Enlightenment,” either.

Which name do I use for his state of consciousness? “Extreme spiritual addiction.” Read his aura with Stage Three Energetic Literacy and you’ll see the results. So not pretty.

Back in the day, after reading “Heal Your Body,” I wrote a fan letter to Louise Hay. In recent years, I’ve read auras of many Hay House authors. Not only hers. Every blessed one of them is now living in extreme spiritual addiction.

Goodbye. It didn’t work, their well-meant experiment of living with beliefs like those expressed in yesterday’s blog post by BERT.

Hello. Analyzing in my next post of this series, I’ll share my thoughts about what works better.

Only, today, just for today, I’ll indulge in this grief howl. Because I liked and respected so many Hay House authors. Including one who was a personal friend. Beautiful people all!

What happened to JOE, the single best exponent of New Age I ever met? JOE who, more than any other spiritual teacher and energy healer, helped me so much.

Gone. Not looney in a deranged state, like Allen Ginsburg’s fellow beatniks. Ostensibly alive and well. Only no longer himself. Instead “JOE” lives as a group of astral beings. Keeping just enough human identity to help JOE to walk through the door.

And goodbye GLADYS, once a beloved teacher to me. Someone who learned that I had identified her extreme spiritual addiction. Not good, let’s put it that way.

And One Last Grief Howl about Pop Culture

These celebrities weren’t my best buds. But I do enjoy TV and movies and recordings of music. My grief howl includes plenty of folks who weren’t New Agers; just famous people who have also fallen into extreme spiritual addiction.

I miss some of them a lot. Witty Steven Colbert, sunny Jimmy Fallon; little Emma Watson, whom I saw grow up in the Harry Potter movies. So many public figures. Superstars like Beyonce and Taylor Swift.

Thank God some of my faves are left, like President Obama and First Lady Michelle Obama; James Taylor and Meryl Streep. Most of these people are really doing okay aurically; some are doing great. Celebrities included.

Correction: Actually, by 2019, both my beloved Barack and Michelle Obama, Meryl Streep, and also Tom Hanks… they’re all off my Enlightenment Life List. To put it mildly, as they’re in extreme spiritual addiction. James Taylor is still in Enlightenment, according to research I’ve done this year.

Yet I’ll send out my grief howl on behalf of so many folks I’ve cared about. I’d be mighty surprised if any of them come back.

A Tragedy, to Me.  And a Mystery

Why have different people moved into extreme spiritual addiction? Was it because, as BERT implied in his guest post, they were living in fear?

Probably not. For people I personally know who have gone there? Absolutely not. (IMO.)

What do I believe? What happened to each of these beautiful souls was personal, deeply personal. Furthermore, I’m sure that further investigation would be a big waste of time. Luckily I’ve got other jobs in life, plenty of good ones.

I’ll publish it in case any of you Blog-Buddies find it helpful. Maybe also because I think one of the best protections we humans can have today is to NOT be perfect, invulnerable, constantly chipper, never making the frowny face. 🙁

As for you readers, feel free to comment below about your own grief howls. What are they about?

You’re safe, comment at this online community. Sometimes I goof; this winter somebody blasted me as “harsh.”  But mostly kindness prevails. Witness the first words made live today at this blog, courtesy of AMANDA. See her beautiful Comment #1.

New Age Versus NOW Age, The Age of Awakening. Part One.
Gain Strength Post-New-Age. A Quiz.