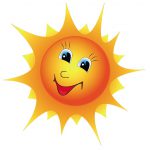 Lucas Hedges Aura Reading — yes! I’m bringing you that today. It’s my “role.” (And am I ever curious.)
Lauded for his performance in “Manchester by the Sea,” what was the young actor’s biggest achievement?

Film buffs may debate all this at great length. However we aura readers have an advantage. (Whether we’re film buffs or not, actually.) There’s nothing like aura reading movie reviews: We can get to the heart, the stomach, the lungs of a performance.

Emotionally speaking, anyway. Because energetic literacy skills that I use here, and teach, come from where? Energy Spirituality, not energy medicine. So here I’ll talk “chakra databanks,” not “bronchial tubes.”

For background on Rosetree Energy Spirituality (RES) and how to do aura reading movie reviews, skip to the end of this article. And now…

At our Contest for This Years Aura Reading Movie Reviews, the final winner was Gillian. She wrote:

Id like to nominate Lucas Hedges. I dont tend to follow the fortunes of actors much, but before watching the film I read in a review that he was one to watch.

I thought his performance was fantastic. He seemed so real, not like an actor at all..!

He reminded me of my nephews, which I appreciate is not really a reason to nominate him for this contest! but he just came across as being a really smart, likeable, sane, sensitive young person.

It would be interesting to learn the extent to which the character he played in the film differs from his normal personality.

How to Enjoy this Lucas Hedges Aura Reading Movie Review

The Film: “Manchester by the Sea”

As Patrick Chandler, Lucas Hedges portrays a teenager. He’s dealing with the death of his father. Complicating this, Patrick suffers from the halting attempts of his uncle to connect with him emotionally.

Which photos will we use?

Click here to open up a photo for aura reading Lucas Hedges on a separate screen.

Contrast that with our Photo of Lucas Hedges as Patrick Chandler.

How can I read an aura from an ordinary picture? How can you? With skills.

It helps that every photo is an aura photo.

29 feet. Normal range for Lucas at the time of the photo. 🙂

First of all, he’s enthusiastic about life, curious, interested in people.

Altogether, Lucas strikes me as delightfully uncomplicated for an A*C*T*O*R.

Disgust is the organizing principle here. Petulant and self-engrossed, the Patrick Chandler character is experimenting with attitude.

In teenage fashion, he knows he’s exaggerating. Yet all the more fun, doing that!

Another way to view this is to make an analogy to using Crayola Crayons. Viola Davis and Viggo Mortensen  pulled nuanced colors from a much larger box. Picture them using shades like mauve and aquamarine. Contrastingly, Lucas Hedges grabbed the bright blue crayon.

It’s as though he’s working with a starter box of just 10 crayons. For his Oscar-nominated performance, Michael Shannon was using crayons from the giant crayon box, like Viola Davis and Viggo Mortensen.

Although Hedges shows spontaneity, that isn’t exactly the same thing as deliberate creativity.

While he’s still so young, his age might explain this. Possibly. Since it can take a while to wake up creativity.

Many an adult hasn’t woken up much creativity, either. Although, of course, everybody has a gift of the soul for the Creativity chakra databank. And self-actualized people use creativity abundantly.

Acting adds a slight nuance to this character’s way of having his creativity shut down.

Seems as if, while shooting the scene, the actor is thinking hard: “My character can’t be creative. He’s too disgusted.”

It’s back to the bright blue crayon for Mr. Hedges.

Curiously passive, especially for a young person! Seems as if Lucas Hedges barely registers what people say and do.

Within him, maybe he’s a keen observer of humanity.

Except oops! Sure doesn’t show when I research this third chakra databank in a row. So far, he seems like a healthy young human animal. That’s about it.

The big nuance here is a whiny, “I can’t use my power. It’s because I’m so disgusted.”

Personally, this aura reader is beginning to wonder. Call this acting or call this schtick?

Will I find anything other than bright blue crayon of teenage disgust?

Granted, it’s a bit peculiar. Can emotional self-awareness show mostly as physical intelligence? Sure can. And for him, that’s the deal.

How? Through face and body language.

Most noteworthy, what does it mean, finding physical intelligence here as the biggest deal about the actor? Moreover, finding it here, in Lucas Hedges’s Heart Chakra Databank for Emotional Self-Awareness!

Probably it’s a kind of trick he has learned, like a dog that has learned to roll over or beg. Lucas Hedges can do the show business trick of seeming to feel an emotion.

However, he doesn’t feel it. Rather, he shows it.

Technical note from this Aura Reading Film Critic. Wearing her different hat, as facilitator of Energy HEALING with sessions of RES.

This kind of confusion with a chakra databank doesn’t have to stay a problem. Causing it? Just STUFF stuck in a person’s aura. I’ve helped plenty of people regain a healthy degree of emotional self-awareness. Any RES expert can help with this.

“Poor me,” whines this chakra databank. “I’m disgusted. And I know it.”

So sorry, GILLIAN, and all other fans of this performance.

When it comes to speaking up for himself, Lucas Hedges isn’t interested.

Frankly, I’ve seldom read the aura of a person so inwardly blank.

Why could his aura suggest that the young man is like this? To be blunt — sorry to say — he’s almost unbelievably beige, blah. Halfway there.

Given this personal blah-ness, I’m exceptionally curious about researching the actor (as himself) in the next chakra databank.

Can you guess, Blog-Buddies?

Energetically, this is one more variation on what the actor already has on his own.

The character’s version reads, to me, like, “I’m so disgusted in my teenage angsty sort of way. What’s the point of telling the truth?”

Seldom have I read an Oscar-nominated performance that was this tediously one-note.

(Expressing His Soul in Everyday Life)

This chakra databank is filled with delight, and even a Divine blessing. Clearly, the photo used as a basis for this aura reading occurs at a prestigious event. What actor wouldn’t be thrilled?

Beyond that, what else? Specifically, what do I find when researching Lucas Hedges’s soul thrill?

At this time, he’s enormously validated and joyful about being an actor.

Possibly, he’s a bit like his co-star Casey Affleck. When doing the Casey Affleck Movie Review, I was stunned by the degree of Affleck’s self-absorption. (Evidently undertaken so that Affleck can BE AN A*C*T*O*R.)

Both men’s auras suggest that they are way out of whack. But in a way that works for them as actors. Fascinating!

Oh, reading this I laughed out loud. Not quite rolling on the floor laughing, but tempted. Since here’s what shows in this Soul Thrill chakra databank:

And thus the actor’s soul exults. Or, should I say? The character’s soul.

Many a movie viewer can identify with the actor’s desire to be important. So many extraverts, and even many an introvert, feels that desire. Especially in our era of reality TV and celebrities who are “famous for being famous.”

Given that cultural encouragement, who doesn’t want to become the center of attention, maybe gain fame?

It’s only human. But when this lights up in the young actor’s aura, the undisguised zeal contrasts strongly with his lack of interest in other people. Except to portray them.

My apologies, again, to all who enjoyed Lucas Hedges’ performance.

Acting is show business, after all. Most noteworthy, this actor has considerable physical intelligence. Consequently he might have delivered a highly expressive performance… on a mainly physical level.

As a result, that could be all you need to have a powerful experience while watching the show. For that, thank your mirror neurons.

More important to this movie fan, however, is the aspect of auric modeling. When an actor wins a large set of Chakra Change Points, the energetic impact of a performance is altogether different from what is delivered by the likes of Lucas Hedges.

Impact! Along the lines of the Greek ideal of catharsis.

It can ennoble you to entrain with an artfully constructed character. Opposite to the “Color me bright blue” impact of a one-note performance, energetically!

Nonetheless, it can be refreshing to watch a movie character deliver a performance that is astrally vivid. Carring an unmistakable message. Especially since Lucas Hedges was playing against the highly nuanced, mega-misery-exploring energetic modeling of Casey Affleck.

Perhaps you remember from my aura reading movie review of Casey. Sadly, I didn’t find that he won even one Chakra Change Point. Instead, the leading man spread around his usual, specialized, complicated discontent.

By contrast, Lucas sent out a clearer signal, which might have seemed refreshing by contrast.

Want to learn more about the sequence of research I used? See this Aura Reading Film Critique blog post.

Its a very Age of Awakening form of movie criticism. We can research which actors are able to change really deeply. So deeply, it registers at their subconscious minds and chakra databanks.

Can you learn to read auras? Of course! Here’s a book to get you started.

What else? Incidentally, for Aura Reading Movie Reviews by Rose Rosetree  Find Them All Here.